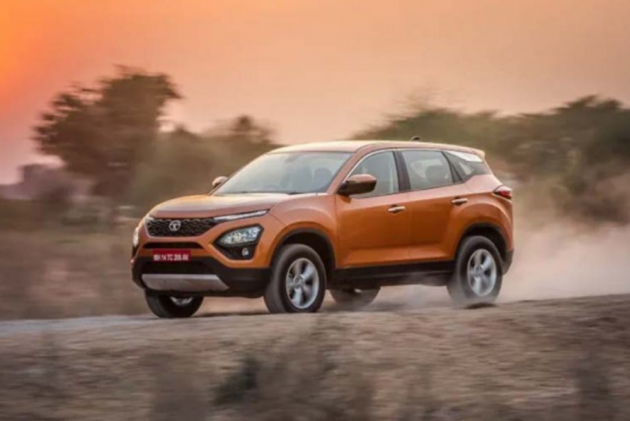 The company had posted a consolidated net loss of Rs 9,864 crore in the January-March period of 2019-20, Tata Motors said in a BSE filing.

This was on account of JLR's new global strategy to 'Reimagine' the future of modern luxury by design and deliver double-digit EBIT margins by fiscal 2025/26.

However, JLR clocked a 20.5 per cent increase in revenue at 6.5 billion pounds during the quarter led by China and the new Defender model. Retail sales in the fourth quarter were 1,23,483 units, up 12.4 per cent year-on-year.

Commenting on JLR's performance, company Chief Executive Officer Thierry Bollore said, "I have been encouraged by the company's resilience and strong recovery during a uniquely challenging year. Despite the pandemic, this year has also seen significant positive change culminating in February with the launch of our Reimagine strategy focused on reimagining our iconic British brands for a future of modern luxury by design."

"The auto industry was deeply impacted by COVID-19 in FY'21 but witnessed a steady growth in vehicle demand as the nationwide lockdown eased and pent-up demand came to fore supported by a steady recovery of the economy," Tata Motors CEO and Managing Director Guenter Butschek said.

At Tata Motors, he added, "We scaled up capacity by prudently addressing several supply-chain bottlenecks while maintaining the health, safety and wellbeing of our employees as well as the supporting ecosystem at the forefront."

On the outlook, Tata Motors said while demand remains strong, the supply situation over the next few months is likely to be adversely impacted by disruptions from COVID-19 lockdowns in India and semiconductor shortages worldwide.

"We expect Q1 FY22 to be relatively weak due to this as well as rising commodity inflation and expect to improve gradually from the second quarter. The business has demonstrated strong resilience in the face of adversity and its fundamentals are strong. We will remain agile to address these challenges and drive consistent, competitive and cash accretive growth over the medium to long term," it added.

JLR said the increasing Covid vaccination rates are encouraging for the ultimate recovery of the global economy and automotive industry from the effects of the pandemic.

"However, cases are still high in many markets while supply chain issues, in particular for semiconductors, have become more difficult to mitigate and are now impacting production plans for Q1. The company is working closely with affected suppliers to resolve the issues and minimise the effect on customers," it said adding, it expects continued sales recovery in FY’22.

In the domestic market, Tata Motors said the business scenario is fluid with the second wave of the pandemic hitting India resulting in multiple lockdowns.

"The first priority in this situation is the safety and well-being of our employees. This is also expected to have a temporary adverse impact on the demand and supply situation. Consequently, the first half of the year is expected to be relatively weak," Tata Motors said.

Sequential improvement in overall performance is expected from the second quarter of FY22, it said.

Addressing a virtual conference, Tata Motors Group CFO PB Balaji said the company plans to invest in the range of 2.5-3 billion pounds on the JLR business per year over the next five years.

Balaji, however, noted the process would be dynamic depending upon the market conditions, he noted.

The company had invested around Rs 1,800 crore in the domestic business last fiscal.

On the company's plans regarding its PV business, Balaji said that from 8.2 per cent market share in the last quarter, the auto major would like to move towards double digit share in the future.

Going ahead, the auto major would like to cement its place as the third largest player in the segment, he said.

He noted that the PV business is expected to suffer temporarily due to COVID-19 and supply issues, but in the medium to long term it is expected to bounce back with demand for personal mobility expected to continue.

On completion of hiving off its passenger vehicle business into a separate subsidiary, Balaji said the process should be completed by October this year.

Tata Motors had received shareholders' approval for the initiative in March and currently the matter is with NCLT.

On the domestic commercial vehicle business, Balaji said there were challenges in the short term and the company is taking steps like curtailing production so that the dealer partners remained viable.

He informed that so far 47 employees of the company have perished due to the COVID-19 complications.