Tata Motors Tie Up With Wrestling Federation For Paris Olympics 2024

The automaker has been promoting wrestling as a sport by providing world-class infrastructure, facilities and training to Indian wrestlers. 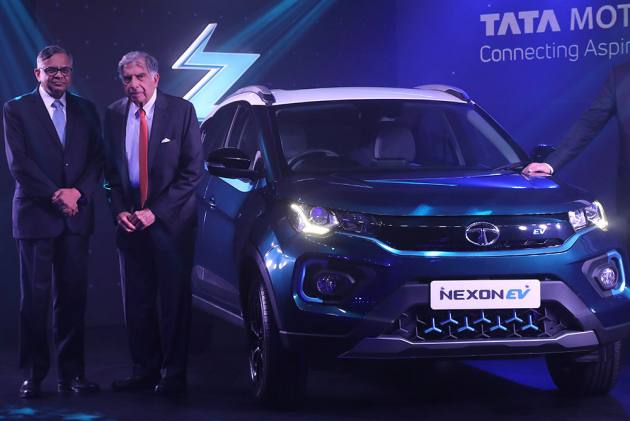 Tata Motors and the Wrestling Federation of India (WFI) on Friday strengthened their long-term partnership with the launch of an initiative to win a gold medal in the next edition of Olympics.

The initiative, 'Quest for Gold at Paris Olympics 2024', is a holistic development programme with the singular objective to win the coveted gold medal at the next Olympics.

As part of this initiative, WFI, with support from Tata Motors, will focus on the growth, progress and advancement of both men and women wrestlers, across age groups, by providing access to the right infrastructure, platform, opportunities and security.

In addition, as part of this initiative, eligible senior wrestlers will be offered central contracts, and budding junior wrestlers will also be supported through virtuous scholarships along with insurance cover, medical and physiotherapy assistance.

"Through our steadfast association with WFI, we will continue to promote, train and foster the nation's rich wrestling talent. At Tata Motors, we believe in supporting the sport and sportspeople who will take our country ahead with their potential, zeal and passion," Tata Motors Executive Director Girish Wagh said in a virtual event.

Wagh added that to ensure that talented wrestlers have ready access to all that is required to realise their immense potential, further hone their skills and bring home the coveted Olympic Gold in 2024, the company is making the ongoing partnership with WFI more holistic and purposeful.

A multi-year strategic partnership between WFI and Tata Motors was established in 2018. The automaker since then has been promoting and encouraging wrestling as a sport by providing world-class infrastructure, facilities and training to Indian wrestlers.

"In the past three years, our 'Yodhas' have won more than 40-50 medals at international competitions, including 5 medals at the Senior World Wrestling championships — the highest ever for India, record 11 medals at the just-concluded Junior World Championship, and 2 medals at recently held Tokyo Olympics," WFI President Brijbhushan Sharan Singh said.

The Cadet Wrestling Team also won its first title of the World Championship, he added.

"The launch of our joint quest today should enable us to fulfil the entire nation's longstanding aspiration of winning an Olympics Gold medal in wrestling at the next Paris Olympics in 2024," Singh noted.