Does the Indian consumer deserve better than Flipkart and Amazon? 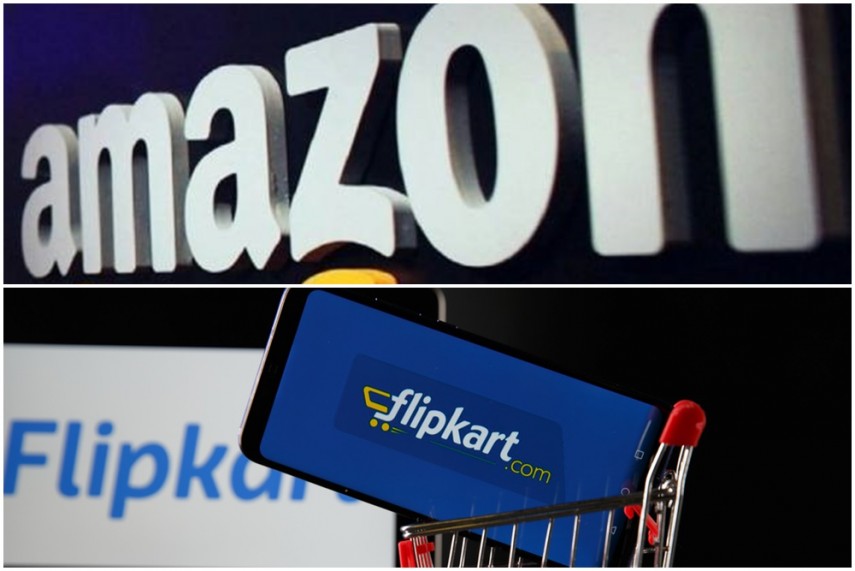 Ghanshyam is 54 years old and runs a small kirana store in Assagao in Goa. He stocks all the basics: from eggs to milk to edible oil to soap. But then if you run out of something and ask him for it, he ensures you get that too. In October 2020, Ghanshyam lost his mother to Covid. His shop was shut for only one day: he came back to work with an apology and not an excuse.

During all of Covid, when there were lockdowns, this man, atop his bicycle, made deliveries without a murmur. And he doesn’t charge a delivery fee; he doesn’t ask for you to swipe your credit card nor does he have hidden deals with select manufacturers where only their products will be the ones he will hawk. In many ways, Ghanshyam is the poster-boy of Indian Retail: a poster that we are allowing to be torn to shreds by giant e-commerce companies fuelled by cheap American money who are coming into this country; violating every law and being encouraged by a pliant bureaucracy.

If it weren’t for the judiciary, this would be the largest sellout by any sovereign nation and be akin to colonialism of the most reprehensible kind. What is mind-boggling is the impunity with which policies are being flouted (or at times re-written) to help one or two companies in the face of strictures both from the Prime Minister and Commerce Minister on the one hand, and the Supreme Court on the other. The fact that the Supreme Court instructed the two companies namely Amazon and Flipkart to subject themselves to an enquiry from the Competition Commission of India says a lot about the machinations of both these companies.

In their submissions before courts and government, Amazon had in fact suggested that there was at an arm’s length distance between themselves and some preferred suppliers: which had to be since they are a platform and not a seller (as they can’t be under the FDI norms for retail) and yet only recently, they decided to wind down Cloudtail in which they had a stake. This is the malefic that needs to be highlighted when you analyse the otherwise exemplary and honourable role that the normal Indian trader and kirana store owner has played in the development of this sector. We have left them to their own volitions, pressured by the lack of speedy policy correction and aided by vast sums of money.

India cannot be for sale owing to greed, avarice, or pressure from the White House. We are unable to retain our sovereign rights in many areas of business. Years ago, Walmart also played the same game: they had a retail company called WS Retail which was their preferred supplier and in which they had a stake: while they were justifying discounts under the garb of being a B2B player, this company was doing the discounting: they then had to shut this down when they began to face the heat from the regulator.

What is also surprising is that the selective and often gentle treatment that Amazon is given by the powers that be. While the ED has been quick to launch an investigation and even fine Flipkart and its management, no punitive action has been taken against Amazon which is accused of doing the same things. Is India trying to do diplomacy at the cost of its own people: the very people who elected the BJP and are the backbone of our retail economy?

And for those who haven’t understood the deceit being indulged in by some of these e-commerce companies, let me make it simple: in consumer speak. These e-commerce platforms are seller-agnostic. They cannot become sellers.  Nor can they deviously promote associate companies. All of which is being done. They tamper with algorithms; they tamper with data, and they tamper with SEO: all of which is designed to lure customers into believing they (the consumers) have a limited choice. Which they don’t.

What these companies do is to set up intermediaries often led by their own people or associates across the country. And their executives create a self-collapsing structure where a group of entities owns the shares of the other entities in the same group so that when the entire structure collapses, you have no owner. How difficult is it for the judiciary or the investigating agencies to understand this? Especially when the ED in India, is full of very smart people.

What is unknown to most of us is that almost 75% of the sale on all these platforms is from and through these preferred suppliers of these e-commerce companies thus making it a perfect case of anti-trust investigation which is why the Competition Commission and is (and rightly so) concerned.

We now have a situation in India where both the citizen and the executive are being lied to by these giant companies. All of which, by the way, are under severe investigation in their home countries besides in the EU and so on. But given the soft state we have become; it will perhaps fall to the judiciary to right this enduring wrong. No one is talking jingoism here nor is there any desire to throw these companies. They need to only follow Indian laws and if they don’t then they must suffer the same fiscal and legal penalties that any Indian company would have.

It’s ultimately about fairness. Not about competition; or about country of origin. For these companies to tout how much they are doing for India or for Indian retail is a misnomer too. No one has sought any favours. Being legally compliant is not a virtue: it is a necessity and India is not a banana republic where you can come, like centuries ago, the East India Company did, and believe you can get away with everything.