The Most Tagged Man

The anniversary issue of Outlook Business brings 21 changemakers who shaped 2021. One of them is the Indian Youth Congress (IYC) President, Srinivas BV. 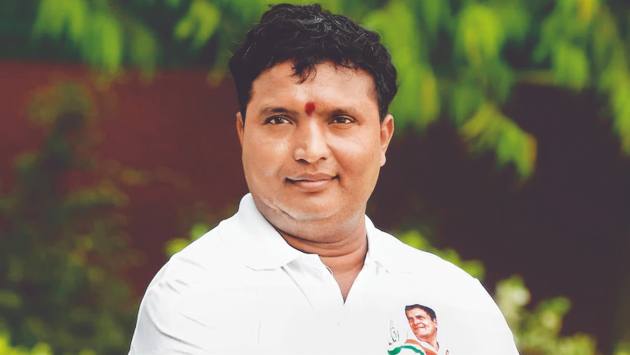 As the second wave of COVID-19 ravaged the country, stealing people of their loved ones and hope, several superheroes emerged from ordinary citizens as well as big corporations to help the country grapple with the unprecedented crisis. We bring you stories of how Tata Steel showed others that business and benevolence can well go hand-in-hand, how Delhi’s ambulance couple kept ferrying patients to hospitals amid the raging pandemic and how Bharat Biotech braved all odds and criticism to give India its first homegrown vaccine just on time. These and more are part of Outlook Business’ Anniversary issue about 21 changemakers who helped shape 2021. Read on:

Srinivas BV was anxious. The Indian Youth Congress (IYC) President desperately wanted to get a 28-year-old man infected with Covid-19 admitted in a Delhi hospital. He had managed to arrange for an ambulance but finding a bed was a challenge. For 10 hours, Srinivas kept searching for a bed across hospitals. Finally, an oxygen bed was found at Ambedkar hospital in Rohini. But it was too late. The man had died.

“I felt anguished,” Srinivas recalls. He knew he could save some people, but not all.

The Joy Of Giving

Srinivas, who was one of the few political leaders to be in the forefront of the relief work during the pandemic, followed what Rahul Gandhi said during his address at the IYC national executive meet on March 7, 2020 – “Stop all political activity and prepare for pandemic relief.”

The 39-year-old made a 1,000-member corona warriors team and put in place control rooms across the country. His team also created a Twitter handle sosiyc for people to make distress calls. Soon, the handle started receiving 10,000 to 15,000 messages a month. Srinivas said that he worked for 16-18 hours per day during the second wave. “Our teams would alert us real-time about the distress messages,” he says.

As many as 1.2 lakh people tagged him on Twitter for help — the highest number for any individual. Actor Sonu Sood came a close second with 70,000 people tagging him while making distress calls. Among those who tagged Srinivas for help were the embassies of the Philippines and New Zealand. Several other embassies asked for help without taking the social media route.

To handle so many calls for help, meticulous plans were put in place. Srinivas’s team collected 3,000 oxygen cylinders from across India — sanitised and refilled for reuse. Priority was given to those in dire need of treatment — multiple cases in a single household or someone staying alone and infected, etc. “Injections were available only at one shop in Green Park,” says Srinivas. His team would procure these after collecting patients’ medical reports and identification documents. A list was made of 10,000 plasma

donors after ensuring they developed enough anti-bodies. Plus, home isolation kits were distributed and people were educated about using them.

The team also arranged for cremations. In Delhi alone, they performed the last rites of more than 500 people.

Srinivas was, however, questioned by the authorities to explain how he could
get supplies that were not available in the market. He says that the goodwill he earned ensured that he stayed safe and did not face action.

During the first wave, his team focused more on spreading awareness about the virus and providing sanitisers and masks. When the first lockdown happened, his team arranged for people to go back home – particularly pregnant women and senior citizens. People were also provided ration for three-four months.

Young Srinivas was a cricket lover. A wicketkeeper-batsman from Shimoga who once played Under-19 cricket for Karnataka, Srinivas suffered an injury in college and could not continue the game. He then joined the National Students Union of India and eventually got promoted to the Indian Youth Congress. Later, he became the president of the party’s youth wing.

Currently, Srinivas is preparing for a possible third wave. “We have already prepared a team of 2,000 volunteers. Since it is believed that children may be vulnerable in the third wave, we are focusing on the provision of small masks and immunity-boosting measures,” he says.

“We are also looking at how kids can be vaccinated once the vaccines are rolled out,” Srinivas adds and signs off.