TRAI has favoured that upfront formula-based spectrum charges be replaced with adjusted gross revenue (AGR)-based fees when it comes to BSNL's satellite services through INMARSAT. 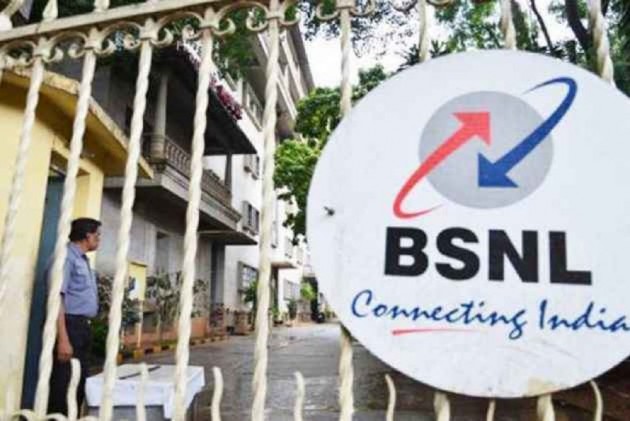 Telecom regulator Trai Friday recommended that spectrum charges for state-owned BSNL's satellite phone services be fixed at 1 per cent of the revenue accrued from such services, replacing the current model of formula-based levy.

If the regulator's recommendations are accepted by the Department of Telecommunications (DoT), it could drive down the cost of using satellite phone services by nearly 50 per cent, Bharat Sanchar Nigam Ltd (BSNL) Chairman and Managing Director Anupam Shrivastava told PTI.

The Telecom Regulatory Authority of India (Trai) has favoured that upfront formula-based spectrum charges be replaced with adjusted gross revenue (AGR)-based fees when it comes to BSNL's satellite services through INMARSAT.

The Global Satellite Phone (GSP) service is being provided by BSNL to end consumers and is mainly harnessed for remote area communication and emergency services. So far, these services are largely being availed by defence, Railways, disaster management agencies, and maritime agencies. The company had submitted that due to heavy spectrum charges, the service is not affordable.

The replacement of the current mechanism of spectrum charges with a model based on a percentage of AGR is expected to galvanise the expansion of these services.

The sector regulator said while determining the AGR to levy licence fee and spectrum charges, the cost of handsets (which is separately identifiable) should be allowed as deduction from the revenue of BSNL's satellite-based services.

Trai also suggested that there should be a defined time frame of up to 30 days within which an import licence (for handsets) should be granted.

"DoT may review whether roaming service can be allowed for GSP service customers in a similar way in which mobile roaming is permitted," it said referring to international roaming.

Trai also advocated that the telecom department may review the need to restrict the GSP service in certain (barred) areas, consequent to the establishment of gateway by BSNL.

The BSNL chief said there had been a series of discussions with Trai and DoT on the issue and the latest recommendations by the regulator will bring down the cost of using such handsets by nearly 50 per cent. "So, the business improves and the cost of usage will also come down," he said.

Currently, the annual spectrum charges for the gateway is imposed (amounts to Rs 37.8 lakh per annum), besides Rs 14,250 per annum payable by BSNL on a per-terminal basis.

The revenue accrued by BSNL from the GSP service between January and November was Rs 26.6 crore, which includes collection of handset-based charges (spectrum charges and licence fee) of Rs 4.1 crore and sale of satellite phone handsets (non-recurring revenue) of Rs 15.7 crore. Revenue from provision of services was Rs 6.8 crore during this period, Trai noted.