The Budget opens up the Indian market, and encourages US companies to invest more, at the same time it ensures prosperity and growth for the lower sections. 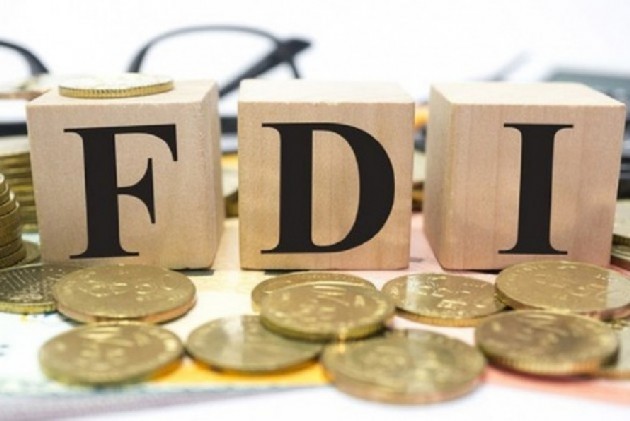 The American corporate sector Friday hailed the maiden Budget of Finance Minister Nirmala Sitharaman, noting that it is not only inclusive but also attractive for foreign investments.

President of US India Strategic and Partnership Forum (USISPF) Mukesh Aghi said the budget is inclusive and policy decisions are encouraging for American companies.

It's "good news" for companies like Apple, Aghi told PTI. The Budget opens up the Indian market, and encourages US companies to invest more, at the same time it ensures prosperity and growth for the lower sections, he said.

The Budget is trying to make positive structural changes, he added.

"We are pleased to see a 2019-2020 Budget that delivers a forward-looking and reform-minded approach for the Modi government's second term," Nisha Desai Biswal, president of US India Business Council, told PTI.

USIBC welcomes proactive measures to double farmers' income, liberalise FDI in a number of sectors and allow 100 per cent FDI for insurance intermediaries, and increase FPI investment limits -– all reforms USIBC has actively supported, she said.

USIBC members will be encouraged by the Budget's focus on skilling Indians, with an emphasis on jobs in data analytics, artificial intelligence, and robotics, Biswal said.

"Goals like transforming India into a global space and aviation hub also demonstrate the longer-term thinking of the new government. We look forward to working with Prime Minister Modi and the Government of India to make these priorities, and the larger vision for a modern India a reality," Biswal said.

"This is a visionary budget from the first woman Finance Minister of India marked with a long-term 10-year plan while retaining focus on immediate priorities," said Karun Rishi, president of USA-India Chamber of Commerce told PTI.

The focused impetus for sustainable job creation via targeted investment in infrastructure will have a ripple effect on secondary and tertiary employment.

The mission to provide housing to all by 2022 has the potential not just for growth in downstream sectors such as cement and steel but also for overall job creation in these vital industries, he said.

It is a relatively cautious Budget, considering the government's election mandate, noted Rick Rossow from the Center for Strategic and International Studies (CSIS) think-tank.

"I expected some bigger ideas, but instead we saw a continuation of key programmes such as infrastructure development, expansion of social programmes in rural areas, and nods to big campaigns like Digital India and Make in India," Rossow told PTI.

From a foreign business perspective, it was a mixed bag, he said.

"On the positive side, several sectors were listed for foreign investment reforms including insurance, media, and single brand retail," he added.

"Customs duties are to be reduced in some narrow areas like specialty chemicals and capital goods for electronics manufacturing. But in a range of other sectors, customs duties will be increased including auto parts, video recorders, metal fittings, and more. This Budget is not going to alleviate the current state of trade tensions between the US and India," Rossow said.

Lauding the fiscal deficit target of 3.3 per cent for FY 2020, Rishi told PTI that much will depend on the execution and global economic factors.

The budget strikes a reasonable balance between addressing the objective of inclusivity and laying the path for Prime Minister Modi's vision of a USD 5 trillion economy by focusing on infrastructure spending incentivising affordable housing and providing growth capital for PSU banks, he said.

"The NRF's focus on promoting and funding multi-disciplinary, multi-institutional, multi-investigator led research by having robust industry-academia collaboration could tremendously benefit the biopharma and healthcare industry in India. Indian and global patients can look forward to cutting edge innovative medicines coming out of India in the next five to ten years," he said.

Stating that USA-India Chamber of Commerce has been encouraging structured research in India for over 12 years, Rishi said the current setup is not efficient.

The NRF can correct the deficit in research, he asserted.

As per data released by the central government, India's research and innovation investment vis-a-vis global standards in terms of percentage of GDP is quite less (0.68 per cent) in comparison to the United States (2.8 per cent), China (2.1 per cent), Israel (4.3 per cent) and South Korea (4.2 per cent).

"Under the guidance of top leadership, the NRF has the potential to make India a global partner in BioPharma Research and Development. A 15.4 per cent increase in allocation to the healthcare sector compared to the previous year's revised budget is a remarkable step," Rishi said.