US Solar Diplomacy Makes For Good Business For India

Energy shortage in China, which is estimated to control about two-thirds of the solar-grade polysilicon used in panels globally, has caused scarcity in the supply of the material. 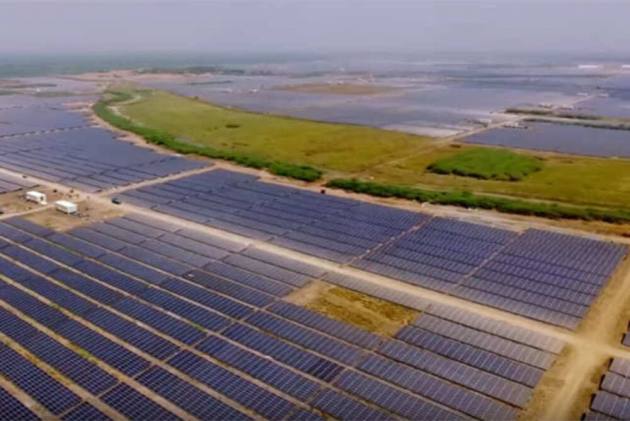 Solar photovoltaic (PV) is accelerating the spread of renewable energy worldwide, but going forward skyrocketing commodity prices, input costs and transportation threaten to put a dampener on the rate of its growth despite higher fossil fuel prices.

Energy shortage in China, which is estimated to control about two-thirds of the solar-grade polysilicon used in panels globally, has caused scarcity in the supply of the material. The price of polysilicon has more than doubled in a year. The cost reductions in solar energy could reverse by three years and the result could be delays in projects planned for 2022 or cancellation, according to reports by Paris-based International Energy Agency, an intergovernmental organisation, and Oslo-based Rystad Energy, an independent energy research and business intelligence company.

In this context, it is welcome for more reasons than one that U.S. International Development Finance Corporation (unknown as DFC) -- in line with President Joe Biden’s Build Back Better World (B3W) Partnership with G7 nations -- has approved $500 million of debt-financing for American manufacturer First Solar’s upcoming solar panel facility in Tamil Nadu.

Earlier in July this year, First Solar had announced its plan to set up a PV thin film solar module manufacturing facility in Tamil Nadu. With an annual capacity of 3.3 GW, the $684-million facility plans to begin operations in 2023 and generate 1,000 jobs. First Solar is also seeking to benefit from the Indian government’s Performance-Linked Incentive (PLI) scheme for promoting domestic manufacturing, including high efficiency solar PV modules.

The B3W Partnership seeks to take affirmative actions to address infrastructure challenges in areas like climate change and healthcare in low- and middle-income countries in the context of its strategic competition with China. DFC’s loan would help First Solar to diversify global solar supply chains to check China’s solar dominance.

First Solar already stands out from the competition for not being dependent on supply chains from China by not using polysilicon. It uses proprietary Cadmium Telluride (CadTel) semiconductor, claiming it has the lowest carbon and water footprints amongst PV modules today. The technology is also said to be better suited to India’s hot and humid climate.

DFC’s loan is a significant gesture by the US towards India when seen in the context of growing partnership between the two countries in the solar energy space and the opportunities it opens up in India and globally. Recently the US became the 101st member country of the India-headquartered International Solar Alliance (ISA). The US Special Presidential Envoy for Climate, John Kerry, made the announcement at the recently concluded UNFCCC climate change conference, also known as COP26. Initiated by India, ISA is dedicated to help cut costs of financing and technology to push solar energy. The two countries also have a high-level bilateral partnership, the U.S.-India Climate and Clean Energy Agenda 2030 Partnership, to take strong actions to help India meet its clean energy targets.

The US government-supported developments sit well with Prime Minister Narendra Modi’s announcements at COP26 that India would achieve 50% of its energy requirements from renewable energy by 2030, which is projected to account for about 20% of the installed solar capacity in the world by 2040, and Net Zero target by 2070.

The development also goes well with India’s aspiration to emerge as a key leader beyond its shores. India is working with the UK to connect solar energy supply globally through Green Grids Initiative – One Sun One World One Grid (GGI-OSOWOG), which was launched at COP26.

DFC’s loan to First Solar is also expected to lead to setting up of a US-backed replicable model in solar energy for countries worldwide with India playing a key role as a pilot country. Supplement it with India’s plans to extend international concessional financing of $2 billion by 2025 under its Indian Development and Economic Assistance Scheme (IDEAS) through Export-Import Bank of India (Exim Bank) for promoting solar projects, including Indian exporters, and the pilot is sure to lead to a win for not only India, but most countries worldwide.