We are proud to have been an integral part of India’s growth in the last three decades. These decades have defined India’s emergence as one of the nuclei of tech transformation on the planet, Anant Maheshwari told Outlook. 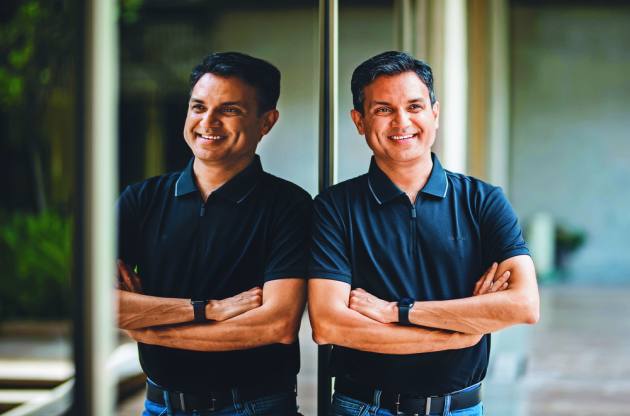 More stories from Nishant
View All

Microsoft has steadily increased its presence in India with offices in 11 Indian cities, currently employing about 16,000 people. Anant Maheshwari, President, Microsoft India, speaks with Outlook Business about the company’s strategic acquisitions, data localisation and the role of technology in a world that is becoming extreme in its views. Edited excerpts:

One can say that India’s digital journey started with the entry of Microsoft in the country. How do India and Microsoft get defined with and by each other?

We are proud to have been an integral part of India’s growth in the last three decades. These decades have defined India’s emergence as one of the nuclei of tech transformation on the planet. The advent of Windows was the first big milestone and then came the PC that enabled the IT industry to become the largest export base for the country. We were one of the first, if not the first, companies to invest in public cloud in India. Today, we are India’s biggest public cloud and operate through 14,000 channel partners.

Aren’t you far behind other big tech players in engaging with the Indian start-up ecosystem?

Five years ago, working with the start-up community in India was not the core focus for us. Today, I would change this perception as it stands. For example, six out of the top 10 unicorns in India leverage the Microsoft cloud. Our acquisitions are strategic. For example, our global acquisitions are very distinct. LinkedIn is an example of a strong B2C play which targets a specific community. GitHub targets coders. We are the largest franchise on gaming. Our acquisitions target specific communities of individuals. We also acquire in the deep tech sector which complements our existing capabilities on AI, security and so on.

How do you view debates around data localisation and data sovereignty?

As a new asset class, data needs to be managed differently than how it was done in the past. The European Union (EU) took the lead with the General Data Protection Regulation (GDPR). Microsoft was one of the first partners to work with the EU on it—even in writing the technical standards for the regulation. We decided to apply GDPR-driven changes not just for our EU customers but for everyone else as well.

Legislation creates clarity which is good for business. For example, Microsoft and Jio decided to partner more than two years back over Jio data centres on Azure which will become the core of their offerings of serving India from India. We value working with national champions. We have had more than two-decade-old partnerships with major Indian players like Infosys, TCS, Wipro and HCL which are driving this transformation.

What is the role of technology in a world that is becoming extreme in its views?

Microsoft is present in almost every country and each one of their ecosystems work differently in different political systems. We want to empower every business and person in each one of these political systems as we work closely with national ecosystems. Microsoft has been integral to the Indian tech story. We have seen a lot in the last three decades and we will see a lot in the next three decades. We will bring everything that we do to that approach.