Many countries such as China, India and the US are looking towards Central Bank Digital Currency (CBDC) as a virtual currency that has the advantages of digital but is also regulated. 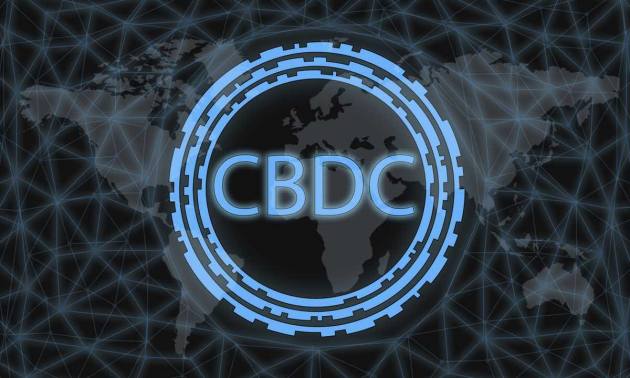 There are indications that India may be looking towards launching a Central Bank Digital Currency (CBDC). On the first day of Parliament’s Winter Session on November 29, the finance ministry confirmed that it has taken a proposal from the Reserve Bank of India (RBI) for an amendment to the Reserve Bank of India Act, 1934 to improve the scope of the definition of ‘bank note’ to include currency in digital form.

“Central Bank Digital Currency (CBDC) is introduced by a Central Bank... RBI has been examining use cases and working out a phased implementation strategy for the introduction of CBDC with little or no disruption,” Pankaj Chaudhary, Minister of State for Finance, stated in a written reply to a question in Lok Sabha.

Transactions are recorded in a centralised ledger and central banks retain full control oversupply. According to a report by the Bank for International Settlements (BIS), CBDC enjoys a combination of factors—it has universal access, it is in an electronic form and has the backing of a central bank.

How Is CBDC Different From Cash?

The main difference is that CBDC exists in a digital form. This means it offers the same convenience and usage as cashless payment instruments that we use these days, such as credit transfers, direct debits, card payments and more. In this sense, it represents a direct claim on a central bank, rather than a liability of a private financial institution.

How Is CBDC Different From Stable And Crypto Coins?

Cryptocurrencies are independent digital currencies that run without predetermined value or backing, such as Bitcoin (BTC) or Ethereum (ETH). In contrast, CBDC has the backing of central banks. For example, China’s proposed CBDC is digital yuan (e-CNY). In India, RBI has given the name “Digital Rupee” to the proposed CBDC

Stable coins too are backed, but by private entities. For example, Tether (USDT), USD Coin (USDC) and Facebook-backed Diem (earlier known as Libra) are all pegged to the US dollar.

Why Do Central Banks Want CBDC?

One of the major reasons to move towards CBDC is to counter the volatility and unaccountability of cryptocurrencies as CBDCs are issued and regulated by the country’s central bank, which is the main monetary authority.

At the same time, CBDCs will retain the advantages of being digital such as lower printing cost, reduced settlement risk, avoidance of time zone issues, and cost-effective globalisation of payment systems, according to atlanticcouncil.org.

T. Rabi Sankar, Deputy Governor of RBI, said in a speech in July 2021, “RBI is currently working towards a phased implementation strategy and examining use cases that could be implemented with little or no disruption.”

“India’s high currency to GDP ratio holds out another benefit of CBDCs. To the extent large cash usage can be replaced by CBDCs, the cost of printing, transporting, storing and distributing currency can be reduced,” Sankar said in his speech. He further noted that the introduction of CBDC could lead to a more robust, efficient, trusted, regulated and legal tender-based payments option.

It is not just India that is mulling a CBDC; other countries are on the same mission. The boost in digitalisation has triggered crypto-mania around the world, raising concern among all central banks regarding the lack of accountability and regulations in cryptocurrencies. This has ignited the need to have a ‘regulated’ digital currency, the CBDC. China, the Bahamas, Sweden and the European Union are piloting their currency systems through CBDC, according to atlanticcouncil.org.

A BIS survey of January 2021 found that nearly 86 per cent of the central banks were actively engaged in researching CBDC, while 60 per cent were testing the underlying technology and 14 per cent were already in the pilot-project phase.