Paytm-owner One97 Communications India’s biggest initial public offering (IPO) failed to impress investors as Paytm shares listed at 9 per cent discount and closed at a price of Rs 1,560, 27.40 per cent below the offer price. 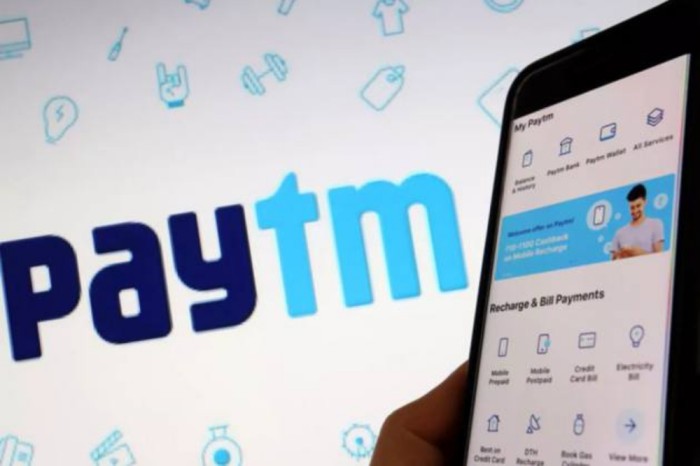 Paytm-owner One97 Communications, a digital firm, made a disappointing stock market debut, unlike other tech-oriented companies such as Zomato, PB fintech and Nykaa, which stole the listing show.

Paytm, India’s biggest IPO with a size of Rs 18,300 crore, got listed on the bourses at 9 per cent discount to its offer price and the share touched the lower circuit on its market debut day. It closed at a price of Rs 1,560, 27.40 per cent below the offer price. Out of the total issue, the fresh issue was worth Rs 8,300 crore and the offer for sale was for Rs 10,000 crore.

Experts believe that extremely expensive valuation and no clear guidance from the management on when the company will start making profit are the reasons for the poor show.

“Paytm is not a secular growth story. One has to wait for a very long time for them to make profit as big people are entering the field. Also, it is expensively priced,” says A.K. Prabhakar, head of research, IDBI Capital.

Macquarie Capital in its research report, Too Many Fingers In Too Many Pies, released on Paytm’s listing day, writes, “Paytm’s business model lacks focus and direction.” The report has termed the company “a cash guzzler” and has raised doubts on its scale and profitability.

“Paytm has been a cash burning machine, spinning off several business lines with no visibility on achieving profitability. Paytm has drawn in equity capital of Rs 190 billion since inception, of which 70 per cent (Rs 132 billion) has gone towards funding losses. The business generates very low revenues for every dollar invested or spent towards marketing. This is especially problematic for a low-margin consumer-facing business where competition across each vertical is only increasing,” says the report.

The Macquarie report says that Paytm’s valuation, at around 26-times FY23 estimated price-to-sales, is expensive especially when profitability remains elusive for a long time. Most fintech players globally trade around 0.3-0.5-times price-to-sales, adds the report.

UPI was launched in December 2019 for both the consumers and merchants. “UPI now accounts for 65 per cent of Paytm’s GMV (gross merchandise value), which we expect to increase further to 85 per cent by FY26E. Hence, Paytm’s take-rates should continue to decline,” says the Macquarie reports.

Experts advise investors to stay away. “If it comes down in the range of Rs 1,100-1,200 then only investors, that too with a very high-risk appetite, can invest with a longer-term view or else stay away,” says Prabhakar of IDBI Capital. Macquarie has given a price target of Rs 1,200.

Another perspective on the disappointing listing of the mother of all IPOs is the bad timing to list the company. Marquee names like Mirae Asset, Aditya Birla and HDFC Mutual fund would have never invested money in a company with a flawed business model. As per company data, 18 schemes from four mutual funds poured Rs 1,050 crore in Paytm during Anchor Book building.

So, it led us to ask then what could lead to such a disappointing performance on its first day of listing?

One could be the draining of liquidity from the capital markets. In the last one month, Nifty fell 840 points and on most of these days, Foreign Institutional Investors were sellers. In anticipation of a rate hike by the federal reserve in the coming months, FIIs are playing safe. Even Indian bond markets are showing a sign of rate hike. The Overnight Index Swap (OIS) is trading at 35 to 40 basis point above the Reverse Repo rate of 3.4 percent. So, bond markets are anticipating rate hikes in India too. Generally, interest rate hikes are considered as bad omen for buoyant equity markets.

Another reason for the lackluster response to Paytm IPO was its huge size. The company raised Rs 18,300 crore and the market does not have an appetite for such a large listing. Even fund flows in equity mutual fund schemes have also declined for the past three months. So with FIIs on cautious stance and DIIs liquidity tap slowly and steadily declining, tepid response for such a large scale IPO was much expected from market veterans.

According to Value Research data, year to date, in this calendar year, 49 IPOs had raised Rs 1,01,053 crore, in which Rs 62,077 crore was Offer For Sale (OFS). Paytm IPO alone has Rs 10,000 crore as an OFS component translating into 16.66 percent of the entire OFS segment of all listed companies.

Speaking on the condition of anonymity, one market participant viewed that a flawed business model is an excuse to hide a slowdown in liquidity flows.

“Neither Zomato nor Paytm is making money then why is it that Zomato got an excellent response on listing day, while Paytm flopped?” he asked. It’s all about receding liquidity flow, he added.