Can India grow at 9.2% in FY22 when global recovery is likely to be muted? The government estimate on GDP does not take into account the economy’s inability to benefit from infrastructure building 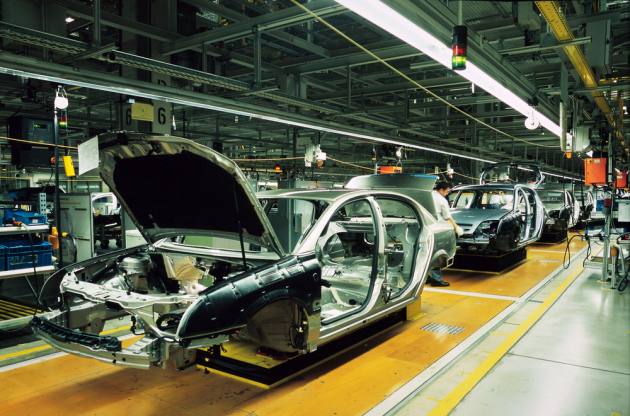 The advance estimate of India’s GDP growth for the current financial year has brought cheers to many. After a de-growth of 7.3 per cent in FY21, a real growth of 9.2% in FY22 gives the narrative of a thumping comeback made by a battered hero in a movie.

The stock market needs something like this to feed the bull, even though a negative growth rate last year did not unleash the bear. When the economy was in doldrums, due to a muted demand, rising inflation and the broken supply chain, celebrity investors like Mark Mobius backed India with a 50-year horizon for the frenzy. But can anyone say the same about the growth of the Indian economy?

What Global Headwinds Mean to India

According to the World Bank’s latest “Global Economic Prospects” report, “Global growth is expected to decelerate markedly from 5.5 percent in 2021 to 4.1 percent in 2022 and 3.2 percent in 2023 as pent-up demand dissipates and fiscal and monetary support is unwound across the world.”

This will have a direct bearing on Indian exports and India’s China plus one policy, something that India has tried for the last 10 years in different forms, only to be disappointed. Between 2011-12 and 2019-20 (the pre-pandemic period), the value of India’s merchandise exports grew at an abysmal CAGR of 0.32%. Between 2011 and 2019, the average growth of the global economy was 3.02%. The World Bank has taken the tight exports market into consideration, projecting India’s real GDP growth to fall down to 6.8% in 2023-24.

A lower GDP growth will have its repercussions on India’s political economy. Its unemployment rate was reported at 7.91% in December 2021, up from 6.3% in 2018-2019 and 4.7% in 2017-18. Urban unemployment was higher at 9.3% in December 2021, giving sleepless nights to the Centre as well as state governments that have been promising jobs in lakhs to win elections. For India to provide jobs to its youth and reap the benefits of demographic dividend (whatever is left of it), it is important to generate millions of skilled jobs in this decade. One of the prescribed solutions to the lack of skilled jobs in India has been to create jobs in manufacturing, which accounts for a little above 17% of India’s GDP.

However, taking the economic growth above this level requires either exponential growth in merchandise exports from India or very high consumption growth in rural India which can fuel domestic demand for Indian products, creating jobs in the economy in the process. The low level of consumption is evident from the latest government estimates, which pegs the private final consumption expenditure (PFCE)—the expenditure incurred on final consumption of goods and services by the resident households and non-profit institutions serving households—for 2021-22 at Rs 80.81 lakh crore, down from 2019-20 level of Rs 83.22 lakh crore but an improvement from the 2020-21 level of Rs 75.61 lakh crore. The estimates on private consumption give out two signals for policy intervention. First, the government's push for infrastructure projects is not creating enough jobs, keeping the spending power of Indians muted. Second, if this trend does not change in the near term, private sector capital formation will also not pick up, making it difficult for the government to push GDP growth through government expenditure.

Roads without Vehicles, Vehicles without Jobs

The traditional recipe of building roads and highways to create jobs is not helping India anymore, not because infrastructure building has lost its potential to generate jobs but because its offshoot economic activities have not kept pace. For example, according to the government's statement in Parliament, between April 2014 and November 2021, the total length of national highways in the country has increased by 54% from about 91, 287 kms in 2014 to 1,40,937 kms in November 2021. However, the next immediate economic activity that should have flourished on this data has stagnated. The total vehicle production in 2021 till December is estimated at 2,40,67,787 units, which is not even 1% growth from the corresponding number in 2015-16 at 2,40,16,599 units.

Even if the final 2021 figure reaches the peak production of 3.09 crore units touched in 2018-19 by the end of this year, it will still indicate that the automobile sector has not lived to expectations. In a recent interview with Outlook Business, Shashank Srivastava, executive director of Maruti Suzuki, argues that the cost of car ownership in India has been going up steadily, which is affecting the consumer’s ability to purchase cars. These factors mean that its promise in job generation has not been realised. The government will have to look for ways to keep inflation under check in the coming years to promote consumption in the automobile sector, which accounts for 7.2% of GDP.

Another area of focus for the government must be the revival of the small and medium enterprises (SME) sector and breaking the theme of the big getting bigger in the Indian economy. After all, the big gets bigger at the cost of SMEs, which employ 40% of the Indian workforce. The Covid-19 lockdowns have taken away whatever was left of the sector in the aftermath of demonetisation in 2016. Unless the government looks into reviving the sector beyond the usual recipe of announcing innovative credit schemes, it will be difficult for smaller firms to resume operations at their pre-pandemic levels.

The post-Covid world is not likely to be led by exports, and every nation is bracing up for this reality. India must accept this reality and focus more on equitable, rather than high, growth in the coming years.