Concerns over consumer protection, financial stability and national security are spurring the Modi government into action on cryptocurrencies. 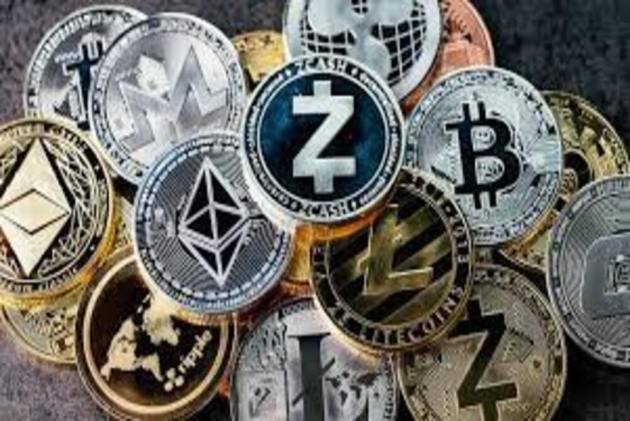 The government on November 15 made it clear that it is keen on bringing in a regulation on cryptocurrencies, though it will not ban it. This was discussed at a meeting, chaired by Bharatiya Janata Party (BJP) MP and former Union minister Jayant Sinha, between the Parliamentary Standing Committee on Finance and cryptocurrency stakeholders.

The writing was on the wall last week itself, with Prime Minister Narendra Modi and Reserve Bank of India governor Shaktikanta Das adopting a cautious stance against cryptocurrencies within a gap of two days.

PM Modi took the cause of consumer protection on November 13, coming down on “over-promising and non-transparent advertisements” for misleading young investors. On November 11, Das said cryptocurrencies pose a serious threat to the financial stability of the country. “Cryptocurrencies are a serious concern to RBI from a macroeconomic and financial stability standpoint. The government is actively looking at the issue and will decide on it. But as the central banker, we have serious concerns about it and we have flagged it many times,” Das said.

On cryptocurrencies, financial stability and consumer protection are the two main concerns for the Indian government.

As the T20 cricket World Cup was underway and a deluge of advertisements of cryptocurrency exchanges peppered every telecast of these matches, sources within the government said that concerns about their impact on young retail investors were raised. “The Bangalore lobby feels crypto is the next big thing in the technology space. Sure. But technology innovation alone without a proper regulatory framework can prove to be dangerous,” says a government official, who did not wish to be identified.

Moreover, the security angle is also important. “The government has historically looked at cryptocurrencies from a national security lens. Since these currencies were initially more popular in China and East European countries, the government was never confident. Even now, it sees it as a channel which can facilitate funding for illegal activities and the menace of terrorism,” says another government official, on the condition of anonymity.

The cryptocurrency industry has welcomed the Prime Minister’s intervention towards protecting the interests of crypto investors.

“There are concerns that a government would have regarding any investment, right from tax evasion to misuse of cryptocurrencies to capital flight. Out of these, addressing customer protection is simpler and non-controversial. Of course, it’s a welcome move,” says Ajeet Khurana, a crypto advisor, former CEO of Zebpay and former head of Blockchain and Crypto Assets Council (BACC), India.

As more and more people, especially youngsters, are taking to cryptocurrency investments, the warnings are timely. Outlook Money’s November issue covered how youngsters are biting into cryptocurrencies and navigating the associated risks and volatility.

“The fact that the government is proactive is a welcome move. We see a lot of spread of misinformation on the social media, including YouTube channels and the media, but the fact is that people in India do not fully understand the technology behind cryptocurrency,” says Hitesh Malviya, founder of itsblockchain.com, India's oldest cryptocurrency and blockchain media website.

Lauding the government’s censure of misleading advertisements, Malviya says the disclaimers need to be more prominent and should come at the beginning of the ad rather than at the end. “The government should also come up with a framework to educate investors,” he adds.

Currently there is a lot of activity in the crypto market and the participation of retail investors has gone up, but this may not be sustainable in the long run. “Retail investors are attracted to cryptocurrencies because it’s like a gold rush in a bullish market. It’s the same phenomenon that you see in the stock markets. But the fact is that out of the 14000-plus cryptocurrencies available in the market, only about 500-600 are genuine with valid business use cases and solid fundamentals. Such tokens may die out after the current gold rush is over or when they have served their purpose,” says Malviya.

The Squid token, inspired by the popular Netflix series, Squid Game, is a good example. It plunged 99 per cent to less than half a cent on November 1, within a week of its launch when it grew more than 44,000 per cent. Malviya, who belongs to a small town in Rajasthan but is now based in Mumbai, says the phenomenon of investing in cryptocurrencies is growing in Tier II and Tier III cities, which is disturbing because of the lack of awareness and knowledge about cryptocurrencies among the small investors. “I know friends, who have small businesses but are not very well-educated, investing in meme coins. But meme coins are not supported by fundamentals so they are inherently risky, but they are getting a lot of volumes. I would say 60-70 per cent of total investments in cryptocurrencies is in these small coins and tokens that may not be recognised,” he says.

“If there is something new, the likelihood that someone will become prey due to ignorance is very high and there have been incidents to this effect,” says Khurana.

In terms of consumer protection and awareness, it’s true for all financial products. “For instance, a few years ago, the issue of mis-selling of unit-linked insurance plans (Ulips) was huge, especially in the context of advertisement and marketing,” adds Khurana.

“The moment it becomes clear who will bell the cat—whether it is the Securities and Exchange Board of India (Sebi) or RBI—the problem will be solved. There will be certain answerability,” says Khurana. It may be noted that there was no clarity on the likely regulator for cryptocurrencies in the November 15 meeting between the government and the cryptocurrency stakeholders.

The government has made it amply clear that it will move towards formulating a regulation.

The regulatory part may also clear the roadblocks for structured taxation of transactions. “Regulating cryptocurrencies will also bring in structured taxation, which may be one of the reasons why the government is looking at regulation in this field,” says the government source, who did not want to be named. As of now, there aren’t any specific rules around taxation, but gains get added to the income of the taxpayer as capital gains in some cases.

A major problem, highlighted by The Financial Action Task Force, an intergovernmental organisation, time and again and in its most recent report released in October 2021, is the of lack of KYC (know your customer) and AML (anti-money laundering) guidelines. All crypto exchanges in India may not ask for KYC.

“The ones that are members of BACC, a part of the Internet and Mobile Association of India (IAMAI), do it, but all crypto exchanges are not mandated to do that,” says Khurana. BACC recently came up with a code of conduct for crypto exchanges. However, it’s not a quasi-judicial body as it does not come under any regulator.

Khurana adds that for India, capital flight is a big concern, apart from consumer protection. “It is a valid concern because there is a certain level of anonymity in cryptocurrencies, which can be overcome by KYC requirements as has been done by countries across the world,” he adds.

The problem with digital assets is that they can’t be tracked in terms of location. Khurana suggests that one of the ways to regulate the crypto landscape is by delinking the Dark Pool and Lit Pool. Lit Pool is where things like KYC and people’s wallets and identities are traceable. “Lit Pool has to be encouraged to take on the challenge of misuse of crypto.

That’s happened worldwide,” he says. The identity of the remitter and receiver should be known, he adds. Overall, Khurana sees it as the first step towards regulation. “Regulatory silence was deafening, so that way it’s positive. PMO intervening is a very good sign. It shows the government is truly seized of the matter as opposed to the murmurs we were hearing,” he says.

(With inputs from Kamalika Ghosh)