Why Moratorium On AGR Dues And Other Reforms Are Too Little, Too Late For Telecom Sector

The real trouble for the telecom operators began when the government decided to price the 3G spectrum at a very high rate which eventually gave it a windfall gain of Rs 67,719 crore. 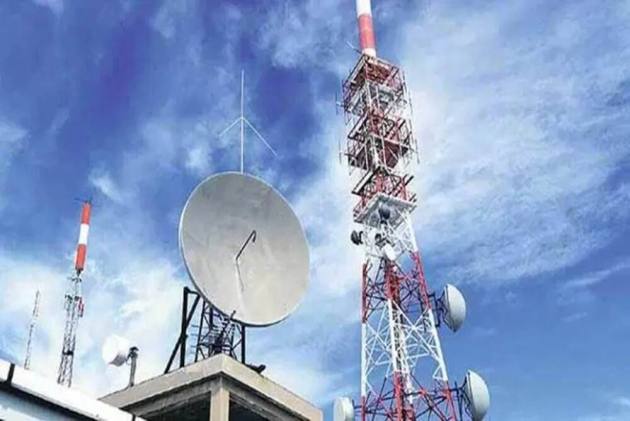 Life came full circle for India’s telecom sector yesterday. The sector, which was once a pillar of India’s modern economy post-liberalisation, was provided life support in the form of a four-year moratorium on AGR (adjusted gross revenue) dues.

The biggest beneficiary of the latest decision will be Vodafone Idea which owes the government over Rs 54,754 crore, followed by Reliance Communications, the Tata Group and Aircel with dues worth Rs 24,194 crore, Rs 12,601 crore and Rs 12,389 crore, respectively.

In 2019, the total AGR dues that the telecom companies owed the government amounted to Rs 1.7 lakh crore. The Supreme Court had then set March 31, 2031, as the deadline for all the companies to clear them by paying set annual installments, failing which they were to be penalised.

A relief package could be underway for the troubled Telecom sector

Reform Or Acceptance Of Faulty Policies?

While the moratorium and measures like 100% FDI in the telecom sector through an automatic route, change in interest calculation and extension in spectrum allocation period are being pitched as reforms, they should be seen as a classic case of the government erring in its assessment of the capacity to milk profit-making telecom companies to meet its revenue generation targets.

In 2005, the Cellular Operators Association of India (COAI) had challenged the definition of AGR. It had demanded that AGR should comprise revenue accrued from the core services instead of dividend, interest income or profit from sale of any investment or fixed assets. In 2007-08, the Telecom Disputes Settlement and Appellate Tribunal (TDSAT) ruled in favour of the telecom companies but the then UPA government decided to challenge that decision in the Supreme Court.

The real trouble for the telecom operators began when the government decided to price the 3G spectrum at a very high rate which eventually gave it a windfall gain of Rs 67,719 crore. If we take into account the fee from the Broadband Wireless Access (BWA) spectrum auctions, then the bounty amounted to Rs 1.08 lakh crore. The government of the day went on record to say that it was higher than the expected revenue from the spectrum auction that year which allowed the government to reduce its borrowings and bring the fiscal deficit down from 5.5% to 5.1% of the GDP. High capital expenditure in the post-subprime crisis world had put the government's finances under stress. It required arranging windfall gains from disinvestment and sale of other natural resources.

Fiscally, it was not a bad move by the government to meet the challenges of those difficult times but it was a mistake to not leave anything on the table for the telecom companies. To upgrade their 3G infrastructure, the telecom companies were required to invest heavily in the coming years. As a result, the cumulative debt of the companies rose from Rs 82,726 crore in 2008-09 to Rs 2.5 lakh crore in 2012-13.

The situation only got worse with the reauctioning of the 2G licence in 2012 after the Supreme Court cancelled the ones issued in 2008 in its landmark judgment. While the government managed to collect only Rs 9,408 crore against its Rs 28,000-crore target, it still added to the cost of the telcos. The saga of a price war since the entry of Reliance Jio with its 4G services has only made things more difficult, leaving just three telecom operators in the sector.

Over the years, the high debt of telecom companies has burdened the Indian banking system.  The government had once said in the Lok Sabha that at the end of December 2017, the telecom sector accounted for gross non-performing assets worth Rs 11,028 crore. Despite acknowledging the rising risks due to stressed telecom companies, no government since 2005 has paid heed to their woes.

Ideally, the government should have withdrawn its demand against the TDSAT judgment that reduced the ambit of AGR calculations. It had exempted three PSU companies—GAIL, Power Grid and Oil India—from the AGR dues to safeguard them against additional financial burden before the Supreme Court judgment in 2019.

The latest relief package has come too late and is too little as the Indian telecom companies have shown reluctance to participate in bids for the 5G spectrum for over two years now. Even if these companies bid for the 5G spectrum next year, it would be difficult for them to come up with quality services soon due to the over-leveraged balance sheets and the inability to charge high prices for their services in the world’s most competitive market.