Every two years, Myntra has seen high-profile exits. Will the frequent churn among the top leadership at Myntra help it grow? 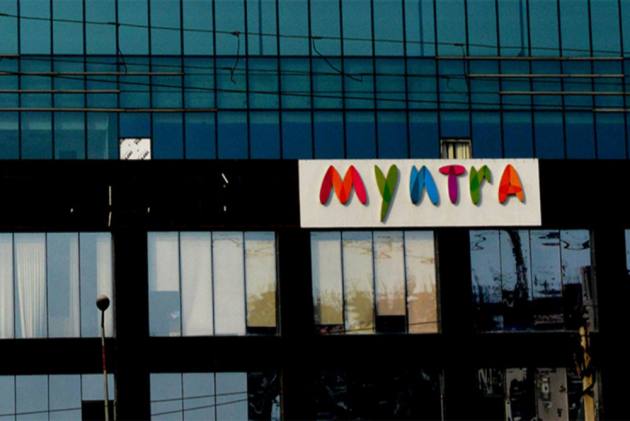 Less than a month after Myntra CEO Amar Nagaram stepped down from his position, the Walmart-owned fashion e-tailer has seen a flurry of resignations, including that of CFO Ramesh Bafna and chief marketing officer Harish Narayanan. Amid the exits, the company announced the appointment of new CEO Nandita Sinha, who joins from the fashion, beauty and lifestyle products’ marketplace Flipkart, its parent company.

While Myntra has been the market leader in the fashion segment since its acquisition by Walmart in 2018 (through the acquisition of Flipkart), the company has seen several rounds of resignations from senior management even earlier. In late 2018, then CEO of Myntra Ananth Narayanan resigned after the US-based retailer asked him to report to Flipkart CEO Kalyan Krishnamurthy.

Soon after Walmart acquired Flipkart in 2018 at a valuation of $21 billion, the international retailing behemoth started making changes in the entire structure of the company and its holding firms by appointing its own people at key positions. Its biggest post-acquisition rejig came in the form of Flipkart co-founder and group chief executive Binny Bansal’s ouster, following an internal investigation into an allegation of “serious personal misconduct”. Walmart had managed to oust another co-founder, Sachin Bansal, even before completing Flipkart’s acquisition.

Company insiders quoted earlier suggested that Walmart came with a centralised culture of operations, which unsettled the former leadership at the company. A Times Of India report in 2019 said that before Walmart came into the picture, decisions involving an amount of Rs 10-15 crore or above were taken by director-rank officials in Myntra and other group companies, but ever since the acquisition, such decisions were centralised and required approval from the top. The same report claimed that the attrition level at Myntra rose 30 per cent under Walmart’s management.

The Importance of Myntra For Flipkart

It was in 2014 that Flipkart, under the leadership of Binny and Sachin Bansal, acquired Myntra to consolidate the online apparel fashion market. Before the acquisition, Myntra had established itself in the fashion, leaving behind other players like Amazon and Snapdeal.

The acquisition of Myntra made Flipkart an overnight leader in the fashion industry that was pegged at $3 billion then. While Amazon was breathing down Flipkart’s neck ever since it came to India in 2013, Snapdeal too was burning a lot of cash in a three-player e-commerce market in the country.

The Flipkart management, under Binny and Sachin Bansal, kept the option of listing Myntra as a separate entity open. However, under Walmart, the world’s largest brick-and-mortar retailer, the value of Myntra is in synergies with Flipkart, which it plans to list some time in 2022.

Flipkart, which clocked $15 billion in gross merchandise value (GMV) in the last calendar year, generates 32 per cent of its revenue from fashion, 49 per cent from smartphones, 16 per cent from appliances and 3 per cent from groceries, according to wealth management firm Bernstein.

The company is facing increased competition from Reliance Ajio and direct-to-customer (D2C) brands in the market. This gets established from a recent report by Unicommerce that said that despite 51 per cent volume growth and 45 per cent GMV increase in FY21 in the online fashion industry, marketplaces reported 45 per cent order volume growth and 33 per cent GMV growth, with an 8 per cent decline in the average order value for FY21. This implies that fashion marketplaces are struggling to keep their market share and margins in an increasingly competitive market that is witnessing the rise of D2C players.

Then there are players like Reliance Ajio, Meesho and Nykaa that have created a niche for themselves. Of late, Myntra is increasing its presence in the fashion and beauty and personal care (BPC) category by adding over 100 brands to its BPC offering to offer 500 brands on its platform.

Amid all the hype and rising competition in the market, what remains a cause of concern is the churn at the helm every two years or so. Will such frequent changes add to the growth of Myntra—as has been the case so far—or result in competitors’ advantage? We will have to wait for a few more quarters to get the right answer to that question.