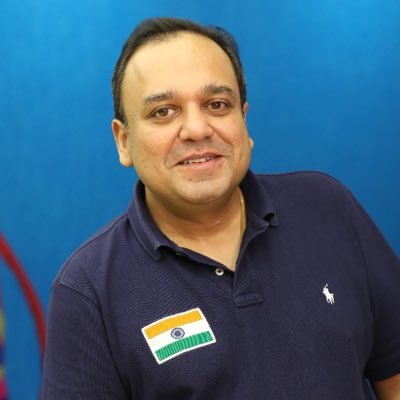 Breaking his silence on the ongoing battle between Zee Entertainment and its minority shareholder, Invesco, Punit Goenka today accused the latter of compromising with the intrinsic value of the company. Goenka who is the MD and CEO of Zee Entertainment was under pressure from Invesco to quit the position.

The media conglomerate's MD and CEO further stated that he would withstand any pressure to preserve the shareholders' returns and commitment.

Goenka acknowledging Invesco's stance stated the communication related to proposals of the kind are always well-documented, therefore, the institutional investors' assertion appear contrary. " I too have a lot of points to put across, but I firmly believe that there is a right time and place for it. Our lawyers will do the needful in the court of law, as deemed necessary. But on a personal note, I have some questions as well. Why didn’t Invesco make its plans public earlier?" Goenka wrote in his letter to shareholders.

Goenka had earlier stated that the proposed deal with Reliance would have incurred the media conglomerate a loss of Rs 10,000 crore.

Zee Entertainment became the subject of investor activism after two of its institutional shareholders, Invesco and OFI Global Fund China sought an extraordinary general meeting seeking the ouster of Managing Director Punit Goenka along with a revamping of the board. Reliance Industries became part of the tussle when its name propped up in the institutional investor's letter which stated that the company was seeking a potential acquisition of Zee.

Reliance Industries expressed its regret of being drawn into the dispute. It stated the reports in the media were incorrect. It added that Invesco had assisted Reliance in arranging discussions between the company and Zee Entertainment MD and CEO Punit Goenka between February and March this year. The press statement informed that differences between Zee Entertainment and Invesco on the requirement of the founding family increasing stake in Zee post the acquisition drowned the deal.

Tata Motors To Hike Prices Of Commercial Vehicles From January 2022

Govt Says It Has No Plans To Boost The Cryptocurrency Sector

After Hitting 10% Upper Circuit On Friday, IEX Shares Fell Today. Should You Buy?

Shriram Properties IPO To Open On December 8. Check All The Key Details