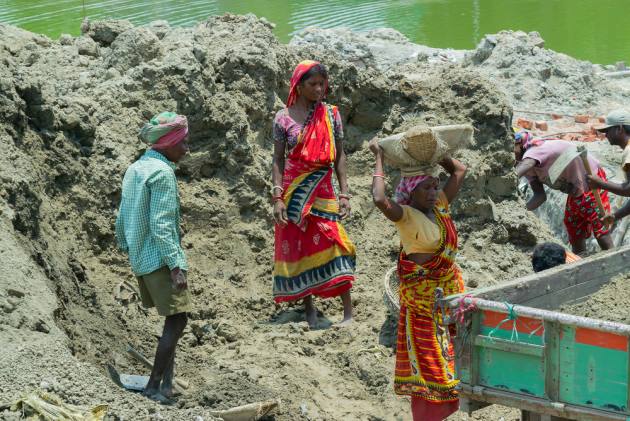 India stands out as a poor and very unequal country where about 1 per cent of the population earned 21.7 per cent or over one-fifth of the total income of the country in 2021, revealed a recent report.

The World Inequality Report 2022, coordinated by economists Lucas Chancel, Thomas Piketty, Emmanuel Saez, and Gabriel Zucman, has added India to the list of the most unequal countries in the world.

“When state control was (successfully) loosened in countries like China and India to allow private sector-led growth, the same ideology got trotted out to justify not worrying about inequality, with the consequence that India is now among the most unequal countries in the world (based on this report) and China risks getting there soon,” the report says.

The report, which has a foreword by Nobel laureates Esther Duflo and Abhijit Banerjee, says that policy formulation kept inequality in check and policy changes resulted in losing the gains made to keep inequality in check. “Our own research, and that of the researchers in the network we helped create, has focused on how to get the plumbing right, so that policy can do its job. The World Inequality Lab and all those involved in this report are doing the same for how to collect taxes and redistribute better,” the report says while observing that profound policy changes are needed for things to fall back in place.

The report says that global inequalities today are as much as they were during the peak of Western imperialism in the early 20th century. It found that the share of income presently captured by the poorest half of the world’s population is about half of what it was in 1820 before the great divergence between Western countries and their colonies.

“In other words, there is still a long way to go to undo the global economic inequalities inherited from the very unequal organization of world production between the mid-19th and mid-20th centuries,” it says.

The report explains that one way to understand these inequalities is to focus on the gap between the net wealth of governments and net wealth of the private sector. In the last 40 years, countries have become significantly richer but their governments have become significantly poorer. The share of wealth held by public actors is close to zero or negative in rich countries which means that the whole of the wealth is in private hands.

According to the study, the Covid-19 crisis has exacerbated this trend. During the pandemic, governments borrowed the equivalent of 10-20 per cent of the GDP, essentially from the private sector. “The currently low wealth of governments has important implications for state capacities to tackle inequality in the future as well as the key challenges of the 21st century such as climate change,” the report says.