With Tax Revenue, Capex, And Manufacturing Activity On The Rise, Is The Indian Economy Firing On All Cylinders?

Tax collection growth benefitted from robust advance taxes amid a formalisation of the economy. Corporation tax, CGST, customs and excise duty collections exceeded 50 per cent of the FY2022 Budget Estimate in the first half of the year. 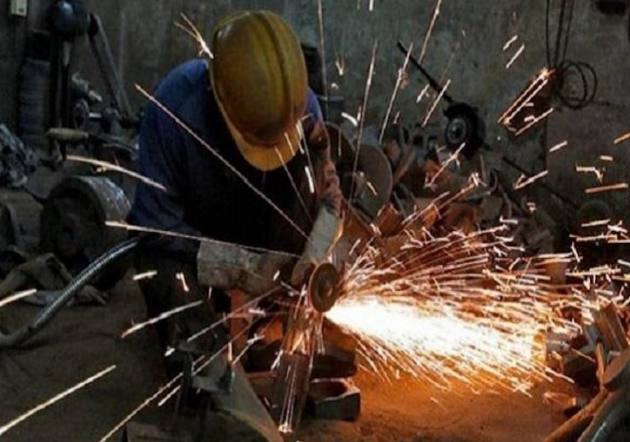 India's manufacturing sector strengthened further in October, as companies scaled up production and stepped up input purchasing in anticipation of further improvements in demand. IHS Markit India Manufacturing Purchasing Managers' Index (PMI) rose from 53.7 in September to 55.9 in October, the strongest improvement seen in overall operating conditions since February.

October’s PMI data reflects an improvement in overall operating conditions for the fourth straight month. A score above 50 means expansion while one below 50 denotes contraction. According to the survey, strong gains in new production growth along with an expansion in output and new orders led to October’s fastest growth rate seen in seven months. Business optimism was at a six-month high.

"With companies gearing up for further improvements in demand by building up their stocks, it looks like manufacturing activity will continue to expand throughout the third quarter of FY22, should the pandemic remain under control," Pollyanna De Lima, economics associate director at IHS Markit, said.

Data on the government’s finances released on October 29 shows that gross tax revenue in September 2021 increased almost 50 per cent to Rs 3,24,228 crore from Rs 2,16,696 crore a year ago. Strong tax revenue aided in controlling the Centre’s fiscal deficit at 35 per cent of the budget estimate (BE) in the first half of this financial year compared. In the last financial year, it had increased to 114.8 per cent.

Tax collection growth benefitted from robust advance taxes amid a formalisation of the economy. Corporation tax, CGST, customs and excise duty collections exceeded 50 per cent of the FY2022 Budget Estimate in the first half of the year. This, along with rising vaccinations is expected to boost confidence and spending in the second half of the ongoing financial year.

“We forecast the GoI’s gross tax revenues to exceed the FY2022 Budget Estimate (BE) by at least Rs 2 trillion. Out of this, roughly Rs. 1.4 trillion would be retained by the Union Government, whereas Rs. 600 billion would be shared with the states,” Aditi Nayar, chief economist ICRA, said.

“The Government of India's total expenditure surged by 51 per cent in the month of September 2021, and the healthy 21.2 per cent expansion in Q2 FY2022 is expected to support the pace of GDP growth in that quarter. After the ramping-up of spending seen in the month of September 2021, we anticipate that expenditure will remain robust in the second half of this year, as all ministries have now been permitted to spend as per their own approved budget for this year,” Nayar said.