Benchmarks rose in Frankfurt, Paris, Tokyo and Hong Kong but fell in Sydney. U.S. futures edged higher, while the yield on the 10-year Treasury note was steady at 1.33% 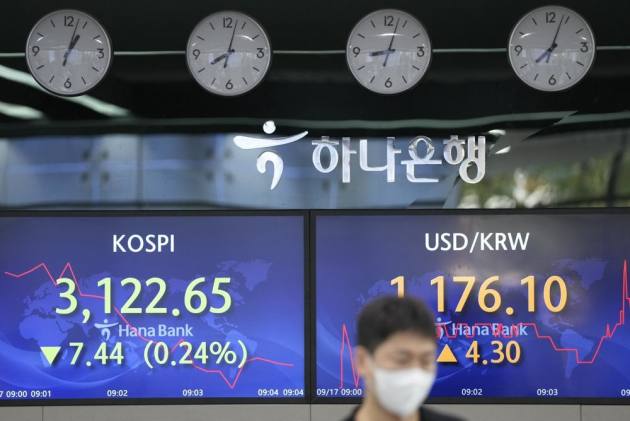 World shares were mostly higher on Friday as investors assessed a hodge-podge of economic data.

Benchmarks rose in Frankfurt, Paris, Tokyo and Hong Kong but fell in Sydney. U.S. futures edged higher, while the yield on the 10-year Treasury note was steady at 1.33%.

Oil prices retreated from their surge earlier in the week.

U.S. shares edged higher in the early going on Thursday after a surprisingly good retail sales report for August. That was followed by a disappointing report showing that weekly unemployment claims rose more than expected.

The S&P 500 and the Dow Jones Industrial Average each lost about 0.2%, while the tech-heavy Nasdaq managed to eke out a gain of 0.1%.

Investor concerns over prolonged outbreaks of coronavirus are weighing on sentiment as they await the Federal Reserve’s next moves.

“Overall, the mood remains a little downbeat in the markets, with investors torn between the ‘buy the dip’ approach that has fared so well in the past and the growing list of economic and market risks that are increasingly evident,” Craig Erlam of Oanda said in a commentary.

In Japan, stocks have been trading near three-decade highs in anticipation of a change in leadership after Prime Minister Yoshihide Suga pulled out of the running for head of the ruling Liberal Democratic Party.

Suga’s support ratings had languished amid wide public dissatisfaction with his administration’s response to the pandemic.

LDP lawmakers and grassroots members will vote on Sept. 29, with a parliamentary election due next month.

The U.S. Commerce Department reported that retail sales rose 0.7% last month. Economists had expected a 0.85% contraction, reasoning that spending would have fallen as the highly contagious delta variant of COVID-19 prompts consumers to pull back on shopping.

Markets have been choppy as investors shift money between various sectors while parsing data for clues about where the economy is headed and how the Federal Reserve will react.

The central bank will meet next week, and investors will listen closely for any comments about when and how much it will taper support for low interest rates that have helped fuel gains for stocks throughout the year.

In other trading, U.S. benchmark crude oil fell 38 cents to $72.23 per barrel in electronic trading on the New York Mercantile Exchange. It was unchanged overnight at $72.61 per barrel.

Brent crude, the standard for international pricing, shed 32 cents to $75.35 per barrel.

(This story has been entirely sourced from the news agency, Associated Press)