Yearender 2021: What Led to Bitcoin Price Fluctuation In 2021

Bitcoin spiked more than $68,000 while it plunged by $28,000 within this year 2021, different development regarding regulations of cryptocurrencies plays a crucial role in this roller coaster ride. 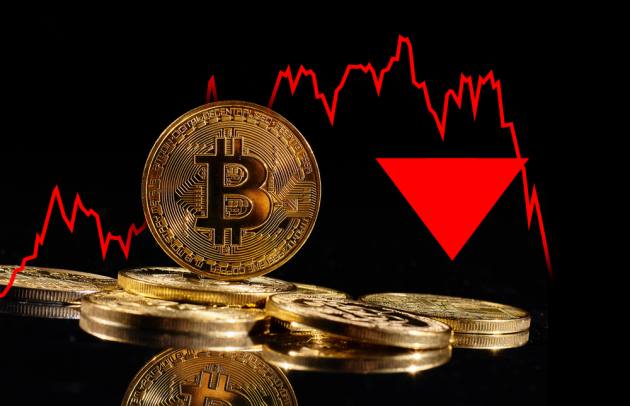 A recent annual report released by WazirX, an Indian crypto exchange, has claimed that Bitcoin (BTC) was the most traded cryptocurrency in 2021. Bitcoin, the oldest cryptocurrency in the market, however, witnessed a seesaw in prices through the year. The lowest price of BTC was recorded on January 1 at $28,803.59, while the highest it touched was $68,789.63 on November 10, a difference of 138.8 per cent. China’s clampdown on cryptocurrencies, US’s taxation rules and the new Omicron variant of Covid-19 played vital roles in affecting the value of BTC.

Major Crests and Troughs In 2021

Although, BTC witnessed its highest average price in November, but market volatility led to its sharp fall in December, and it recorded its lowest price in January. The average price between November and December fell by nearly 14 per cent. While this plunge may be an indication of the risk aversion sweeping across financial markets, experts believe that the Omicron variant of the coronavirus can be one of the reasons contributing to this volatility, like it impacted other financial sectors. Wall Street also a worldwide slump for financial markets on recently amid worries about how badly the omicron variant, inflation and other forces will hit the economy, reported Associated Press.

The year started with BTC recording what would be one of the lowest average price through the year, at a time when Europe was hit by the deadly second wave of Covid. While the prices jumped in between, they were hit again with the threat of Omicron looming over the world. The only difference lies in the fact that the fall in January was not as sharp (since its value was low even at the end of 2020) as in December in percentage terms. Among various other contributing factors that lead to extreme volatility of BTC, Covid seems to have maximum impact. 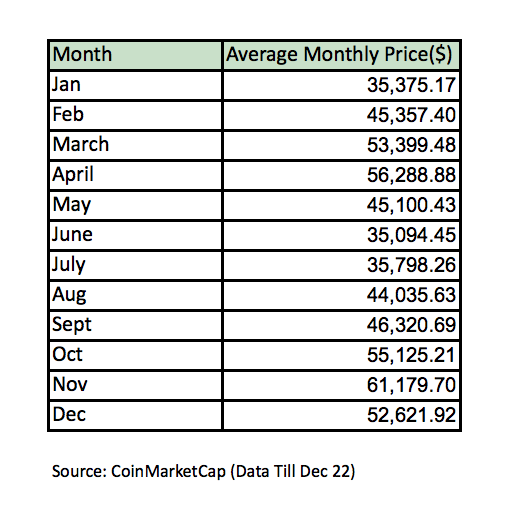 Major Factors Behind Crests And Troughs

Covid: The prices plunged drastically when the second wave of Covid swept the world. While the second wave began in the European countries by the end 2020, it took deadly shape across the globe in mid-April. The average price plunged by nearly 20 per cent between April and May, despite making a record of one of the highest average price of $56,288.88 in April. The next month was even worse. In June, BTC not only witnessed the lowest average price of the year in June and July, rather the average price plunged by more than 22 per cent between May and June, when the number of Covid cases reported was at its peak. While the number of Covid cases and deaths were at their zenith in May 2021, the average price of BTC was going downhill at a fast pace.

Other factors: Several other political factors contributed largely to this fall. While the growing fear of the third wave of Covid was there, some factors like rampant hacking in various crypto exchanges, China’s crackdown on crypto mining affected the price too, believe experts.

China with the intention to eliminate crypto mining from the country cracked down on bitcoin mining in November. “We will focus on cleaning out state-owned units involved in virtual currency and bitcoin mining, reiterating that all virtual currency-related activities are illegal. Virtual currency does not have the same legal status as legal currency,” China Global Television Network quoted the country’s National Development and Reform Commission (NDRC) as saying.

The US Infrastructure Bill, signed by President Joe Biden at an event at the White House in November, includes new crypto legislation. As per the new legislation, brokers need to issue a 1099-B which will be notified to the IRS. Thus,the gains will now come to notice and there will be tax implications and, hence, the market is reacting.

“BTC has had two major disruptions to the bull market this year, each caused by a series of events including a ‘sell the news’ positive event followed by several negatives. First was the Coinbase IPO as a peak in sentiment, followed quickly by China bans and Tesla backing out of accepting BTC as payment. The second trough followed the futures ETF approval as peak sentiment, which quickly turned after Omicron and rate and currency fears surfaced as the Fed turned its focus from jobs to inflation,” says Kapil Rathi, co-founder and CEO at CrossTower, a global crypto exchange.