Your Favourite Cricketers Have Joined The NFT Premier League

While there is growing interest among a lot of Indians, including Bollywood celebrities and business tycoons, in digital currencies like crypto, several Indian cricketers have also launched their NFT collections in 2021. 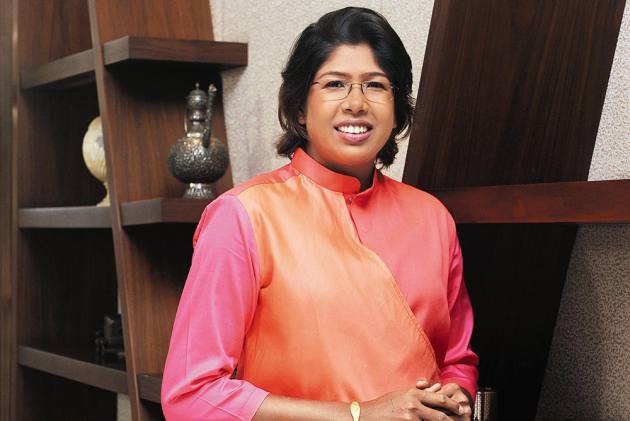 Jhulan Goswami, former captain of India national women's cricket team, announced to step into the world of non-fungible tokens (NFTs) with the Dubai-based CricFlix, in association with RevSportz and Fanatic Sports. The cricket NFT auction will be done on December 24, PTI reported. NFTs are a type of digital asset which use the blockchain to document the ownership of items such as images, videos and other collectables.

Jhulan Goswami, whose 2017 Cricket World Cup jersey has already been on pre-bid even before the auction started, has been listed among cricketers who have dived into the NFTs world. Notably, she is also the highest wicket-taker in women’s ODIs (One Day Internationals).

“I am very pleased. May I say this should be the start for many other colleagues of mine to unlock NFT value and reach out to fans,” says Goswami to PTI.

Earlier, cricketer Yuvraj Singh tweeted about the launch of Non-Fungible tokens (NFTs) on his 40th birthday. The World Cup-winning all-rounder said he is giving his fans “a big present” with the collection.

“Being there from ball 1 to the time I decided to hang up my jersey, the fans have always been with me. Thank you for cheering in my highs and giving strength in my lows. On my birthday, I’m proud to announce a special gift for you,” Singh’s Instagram post and tweet read.

Former Indian cricket team captain and commentator, Sunil Gavaskar started his non-fungible tokens (NFT) collection on November 15, which went live on November 21 and was rolled out by alwaysfirst.io. Sunil Gavaskar's son Rohan Gavaskar tweeted about it.

Indian wicket-keeper-batsman, Dinesh Karthik launched NFTs in October, which captured one of his iconic career moments - the last-ball six in the 2018 India-Bangladesh match that won India the Nidahas Trophy that year.

"Every three years as players, we go into an auction, so it's always interesting, to put it mildly, but exciting too. It's something that determines what you've done over a period of time. But when it comes to this auction, it's very different because it's the first sporting NFT to come from India. And the fact that this is the first cricket NFT makes it even more exciting for us," ET quoted Karthik.

In addition, former cricketers Wasim Akram, VVS Laxman, and Lance Klusener are among the 120 partners from the cricket fraternity who had signed up for CricketCrazy.io, a blockchain-based platform that was co-founded by Parthiv Patel, an NFT marketplace exclusive for cricket, Hindustan Times reported in October 2021.