Trump's "button" tweet "reflects the desperate mental state of a loser," Rodong Sinmun said in its commentary, diagnosing him as "suffering from anger disorder and schizophrenia". 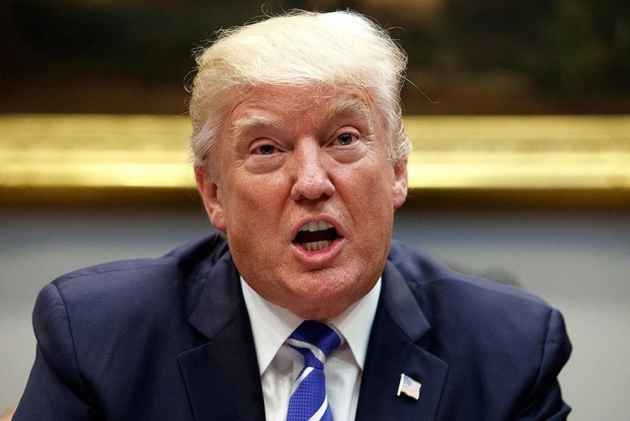 North Korea today denounced President Donald Trump's tweeted message that he has a bigger nuclear button than its leader Kim Jong-Un as the "spasm of a lunatic" and the "bark of a rabid dog".

Kim used his annual New Year address to warn he has a "nuclear button" on his table, sweetening his remarks by expressing an interest in dialogue and taking part in the Pyeongchang Winter Olympics in the South next month.

In response, Trump wrote on Twitter: "Will someone from his depleted and food starved regime please inform him that I too have a Nuclear Button, but it is a much bigger & more powerful one than his, and my Button works!"

In Pyongyang's first reaction to the tweet, the North's official party newspaper Rodong Sinmun on Tuesday dismissed Trump's "swaggering" as nothing but the "spasm of a lunatic" frightened by North Korea's power, and the "bark of a rabid dog".

In the days after Kim's New Year speech the two Koreas underwent a rapid apparent rapprochement, culminating last week in their first official talks for two years, when they agreed Pyongyang would attend the Games.

But the North has since issued a series of warnings against both the South and the United States.

Pyongyang has made apocalyptic threats against its enemies for years, but Trump has repeatedly used highly menacing rhetoric towards the nuclear-armed North, sparking criticism that he is ratcheting up already-high tensions on the Korean peninsula.

He has threatened to rain "fire and fury" on the North, warning Kim he was on a "suicide mission" by developing nuclear missiles.

Trump's "button" tweet "reflects the desperate mental state of a loser," Rodong Sinmun said in its commentary, diagnosing him as "suffering from anger disorder and schizophrenia".