By Breaking-Up Left Rally, Mamata's Trinamool Government Is Falling Into The Opposition's Trap

The police brutailty at today's Left rally can give rise to crisis with the state elections just two years away... 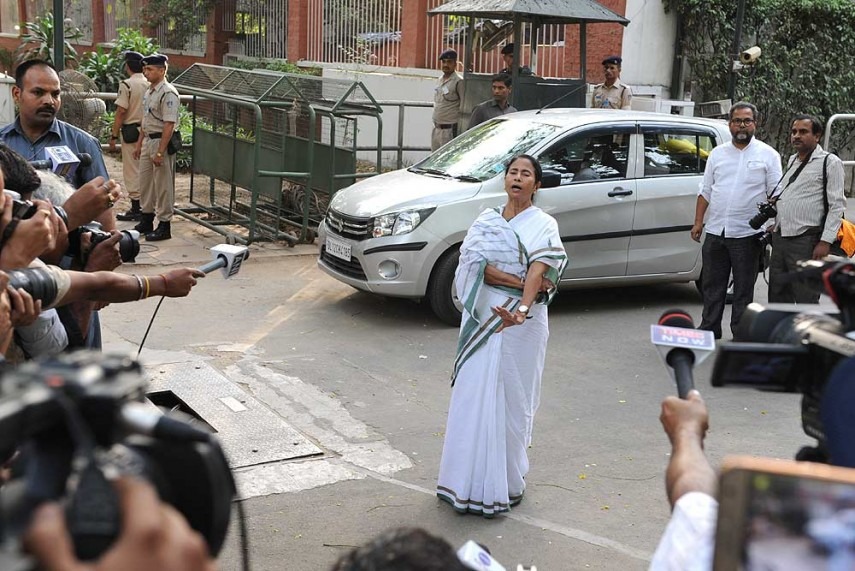 The Left Front’s doom in Bengal started in Singur and Nandigram in the five-year-period between 2006 and 2011, when peaceful, democratic protests by the Trinamool, then in the Opposition, turned violent and authoritarian mainly due to the police’s mishandling of them.

Since the Left became the Opposition in 2011, intermittent Left rallies did turn unruly – one of the most prominent being the Left peasants’ rally in August 2015 in which farmers, demanding the “right to security” were stopped in their tracks while heading towards the state secretariat.

However, today’s Left-led protest march to Nabanna, the Bengal secretariat, has all the indication of going down as blot in the history of the Trinamool government’s reign not simply because it has crossed the line – quite literally as barricades were broken during clashes with the police – into violence, but also because it has brought to the fore the crucial issue that has plagued Bengal for decades. One which has determined how the masses vote in the next elections – the way the police handle situations of crisis. As the dawn of May 22 broke, across the Hoogly river from the city of Calcutta, the secretariat building resembled a semi-fortress with layers of police barricading its main entrance as well as all the side gates. It was obviously an attempt to ensure that the Left leaders and activists would not be able to access the premises during what was a planned demonstration.

When chief minister Mamata Banerjee first came to power in the state in 2011, she made the gesture during the first session of Assembly of asking the Opposition to speak, even question and thereby help in the process of forming democratic governance. Sure, the Left, eternally suspicious of such moves didn’t exactly take up the challenge and instead continued the politics of Opposition that is most commonly practiced in the country – that of thwarting policies and issues. Today’s rally was an opportunity for the chief minister to try and engage with the Left – especially at a time when she has called on Opposition parties to unite against the possibility of a BJP a victory in Bengal in the approaching state elections in 2011 – in a dialogue.

But not only did she decide not to make herself available to the protesting, demonstrating Left leaders and cadres, but she went off for other rallies to the distant Birbhum district, ostensibly to attend other rallies, but really to send out the message that she was not giving much importance to the Left rally.

In doing so, she squandered the chance to make throw the Left off gear and fell right into the trap that the Opposition had laid for the government – which was to create another ‘crisis’ to highlight failed law and order. When protestors tried to breach barricades, police resorted to dispersing the mob by throwing teargas shells and beating them up. It could have been contained there. But the police went further – they started dragging Left leaders into police vans and hauling them off to the lock up. The arrested included high profile Left leader and MLA Sujan Chakraborty.

The Left couldn’t have asked for a more serious crisis to erupt before the state elections less than two years away.