he previous recommendations were implemented from April 1, 2015 and will go on until March 31, 2020 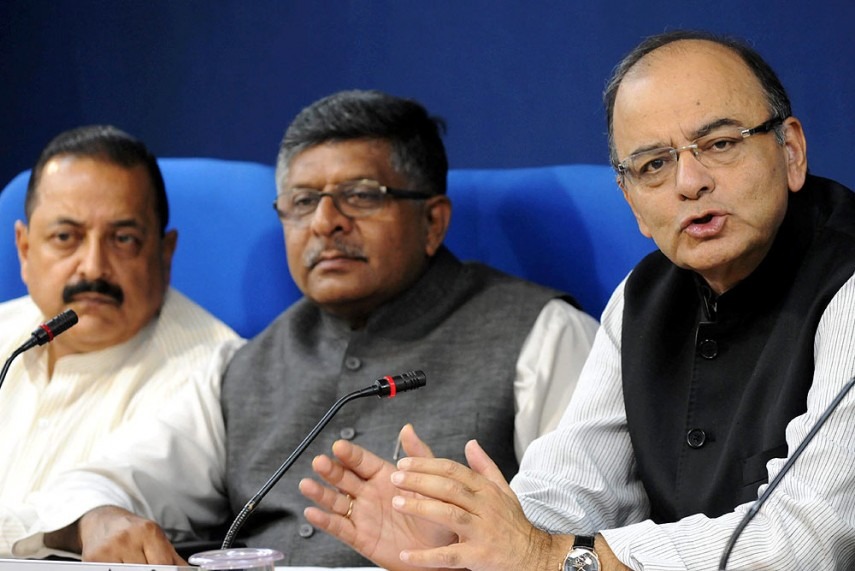 The Union Cabinet on Wednesday approved the setting up of the 15th Finance Commission.

"The recommendations of the Finance Commission operate every five years. The previous recommendations were implemented from April 1, 2015 and will go on until March 31, 2020," he added.

The judges of the Supreme Court and the 24 high courts are also set to get a salary hike. Law minister Ravi Shankar Prasad said here that a bill would be introduced in Parliament to effect the pay hike.

The then Chief Justice of India T S Thakur had written to the government in 2016 seeking a hike in salaries of Supreme Court and high court judges.

A Supreme Court judge at present gets Rs 1.5 lakh a month in hand after all deductions from salary and allowances. The CJI gets a higher amount than this, while the judges of the high courts get a lesser amount. Rent-free accommodation is provided to the judges while they are in service.

The decision to clear the 'Wage Policy for the 8th Round of Wage negotiations for workmen in central public sector enterprises (CPSEs)' was taken at a meeting of the Union Cabinet chaired by Prime Minister Narendra Modi here.

According to the decision taken, the management of CPSEs would be "free" to negotiate wage revision for workmen where the periodicity of wage settlement for 5 years or 10 years "expired generally" on December 31, 2016, keeping in view the affordability and financial sustainability of such wage revision for the CPSEs concerned.

"No budgetary support for any wage increase shall be provided by the government. The entire financial implication would be borne by the respective CPSEs from the internal sources.

Besides, CPSEs must ensure that any increase in wages after negotiations does not result in increase in administered prices of their goods and services.

"The management of the CPSEs concerned has to ensure that negotiated scales of pay do not exceed the existing scales of pay of executives/officers and non-unionised supervisors of respective CPSEs.

"To avoid conflict of pay scales of executives/non- unionised supervisors with that of workmen, CPSEs may consider adoption of graded DA neutralisation and/or graded figment during the wage negotiations," said the statement.

CPSEs will implement the negotiated wages after confirming with their administrative ministry or department that the wage settlement is in conformity with approved parameters.

Jaitley also said that the 15th Finance Commission would be in place before April 1, 2020 and the chairman and other personnel would also be allotted soon.

The terms of reference for the Commission will be notified in due course of time, the finance minister added.