The controversial storm that raged around Justice Ganguly divided the legal fraternity with one section standing by him and the other distancing itself. 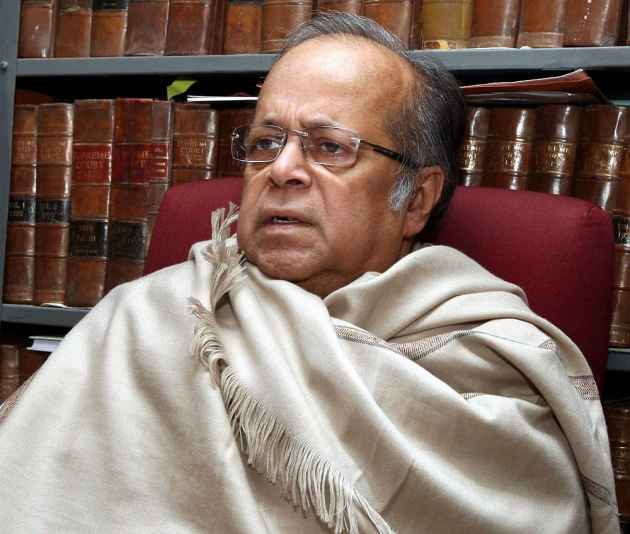 L'Affaire Ganguly
After being heckled for weeks for refusing to step down from his position as chairman of the Human Rights Commission in Bengal, former Supreme Court judge Justice Ashok Kumar Ganguly, who was accused by a law intern of sexual harassment late last year, finally stepped down this week. Attributing the decision to what he called the Bengal state government's "hostile" attitude towards him, the disgraced former justice told Outlook that he stood by his previous denial of the charges that have been made against him. "I am shocked and shattered by the allegations," he reiterated. Justice Ganguly's name was made public after the intern, a student Calcutta-based law college NUJS, blogged that she was molested in a hotel room in Delhi on the night of December 24, 2012, when she met the judge for what she claimed was a professional assignment.  Since then there have been demands for his resignation, from women's groups, the general public and members of the Bengal ruling party, Trinamool Congress. "He has no right to continue as head of a human rights body after being accused of such a serious crime," TMC Member of Parliament and lawyer Kalyan Bandyopadyay had told Outlook before Justice Ganguly resigned. However, the Opposition parties, namely the Communist Party of India (Marxists) pointed out that the demand for his resignation by the TMC smacked of vendetta as Ganguly as chairman of the WBHRC had reprimanded the state government on several counts for alleged human rights violations and made several recommendations asking it to compensate and even tender apologies to the victims of these rights violations. Left leaders were careful not to dismiss the allegations made by the woman but nevertheless were not willing to rule out the possibility that "Justice Ganguly was being targeted," as CPI-M's Mohammade Selim said. But the controversial storm that raged around Justice Ganguly and his refusal to step down did not limit itself to politicians. Speaking to Outlook, senior lawyer Gitanath Ganguly said, "The whole issue has divided the legal fraternity with one section standing by him and the other distancing itself."

Too Many To Remember
Shamina Shafique, the National Commission for Women member in charge of Bengal, got confused between two victims of rape while talking to the father of one of the girls. She was speaking to the father of a 16-year- old girl who died in a Calcutta hospital on the last day of the year after being set on fire by members of a gang who raped her twice in a village in Madhyamgram. "Wasn't your daughter deaf and mute?" She is understood to have asked the shocked parent, who replied, "No, my daughter could both speak and hear." This is not just a terrible faux pas but the grave mistake is indicative of something far more serious: it is an indication that there are so many rapes in Bengal, that even the nation's highest women's rights body is losing track.

The Chosen One
Bengal chief minister Mamata Banerjee has achieved what no one could in 33 years! No, we are not talking about defeating the Left Front! That took 34 years. After three decades and three years, yesteryear's reigning queen of Bengali cinema Suchitra Sen finally wanted to meet someone who wasn't either her closest family or support staff. 82-year-old Sen who has been admitted to a Calcutta hospital with severe respiratory trouble had asked for the Bengal Chief minister to drop in on her. Not willing to give up a chance to do so, Mamata, rushed to meet her. Then she gushed about the meeting and even put up old photos of the actress on her Facebook page.

The Apeejay Litfest
January is the month of book fairs and literature fests in Calcutta. While the most famous of them all, the Calcutta Book Fair is yet to start, the Apeejay Surendra Calcutta Literary Festival 2014 has burst onto the scene this week with a bouquet of some exciting sessions of debates and panel discussions, not to mention book launches and readings, involving authors and artists from across the country and world. Associated with the Oxford Bookstore, the Festival is in its fifth edition. For a sneak peek into the authors who will be releasing their books at the fest, here they are:

No Fear This Year
Calcutta Police's New Year wish: Happy New Year…If you wear a helmet you have nothing to fear!