The countdown to the assembly elections of 2016 has already begun and the buzz is that the BJP is causing ruling TMC sleepless nights. 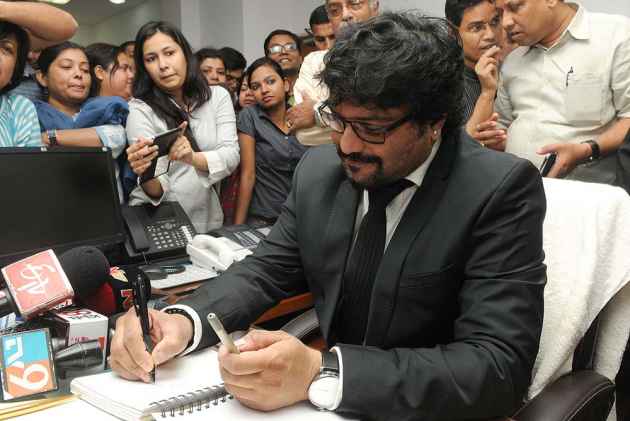 One Step At A Time

Making Babul Supriyo a central minister has added another feather in the BJP cap in Bengal. For political parties, the countdown to the assembly elections of 2016 has already begun and in Bengal the buzz is that the BJP is causing ruling TMC sleepless nights. The prediction of political pundits is that neither the Congress nor the CPI(M) is likely to come anywhere close to gaining as many seats as the BJP in the state elections and the party is expected to be the main opposition if not actually snatch power from the ruling TMC. In fact, the gusto with which the CBI is probing the chit fund scandal in which top TMC leaders, like Kunal Ghosh, have been named and the doggedness of the NIA in investigating the bomb blast in Bengal in which the administration’s lapses have been exposed, is widely believed to be at the behest of the central government. Clearly Bengal is now BJP’s target. Making a Bengali MP a minister is a step in that direction.

In the midst of speculations about whether the Hindustan Motors factory in Bengal’s Uttarpara will resume operations, the company has this week announced a voluntary retirement scheme for all employees. Closed since May this year, when workers came to the factory gate one morning to find a notice about suspension of work, news of the reopening of this unit of India’s oldest carmakers was something that its employees were eagerly waiting for. According to the company it took this step in line with the restructuring that was going on. HM has turned sick and has been gradually lowering its staff strength. The decision to offer VRS has startled some employees who claim that the decision was taken unilaterally without consulting workers and unions.

In a state where humour seems to be everywhere, why is it so difficult to translate it into a good film script? With a few exceptions, most attempted comedies whether on television or cinema, are just buffoonery which elicit almost no laughter, only irritation. In Calcutta, humour is a part of daily life. In fact, it is the only antidote to the stressful existence of the common man and woman. On an overcrowded bus, it is perhaps you will come across just as many instances of witty repartee to make light of an otherwise uncomfortable journey as quarrels between passengers. Take this recent case for instance. When a conductor hollered to passersby on the street urging them to alight, with a “uthey aashun, khaali gaari” (come on in, the bus is empty), a passenger who was standing sandwiched between two people, hardly able to move, shouted, “Eta jodi khaali gari hoy, taaholey Dharmatola na giey, aapni boron Keora Tola Shoshan cholun”. (If you call this an empty bus, then instead of heading towards Dharmatola— the destination— why not head towards the Keora Tola burning ghat?”) There is humour on the streets, in tea stalls, book shops, salons. Why can’t our films capture it? Does it get lost in translation? In the golden age of Bengali cinema veteran comedians like Robi Ghosh, Chinmoy Roy and Bhanu Bandyopadhay generated laughter with their presence. If you watch their movies, there is very little exaggerated gesticulation or expression. The ability for humour seems to be an innate quality. And perhaps the problem lies there. Humour, like music, can be enjoyed by everyone but can only be conveyed by those who have the gift for it.

If Bengal police found the hok kolorob (let there be protest) movement in Jadavpur University a bit of a bother, they are simply mortified by the hok chumbon (let’s kiss) Jadavpur University. A police officer, almost blushing when you ask him his opinion, tell us on condition of anonymity, “Ki aar bolbo, shobaai jaa khushi taai korchey. Aar ektaa police jokhon Shah Rukh Khan er shongey nechey chhilo, tokhon joto dosh”. (What can I say? Everyone is doing whatever they please. But when one of us danced with Shah Rukh Khan all hell breaks loose. (the reference is to a recent incident in which a female police officer broke into impromptu dance with the actor on stage at an event).

Written behind a bus: Ay amra shobai khai, kaal ke kothay thakbo bhai? (Come let’s all share our food today, who knows where we will all be tomorrow?)