'They could do nothing themselves, and are now all the time looking for ways to stick a bamboo up the backside of those who are trying to do something' 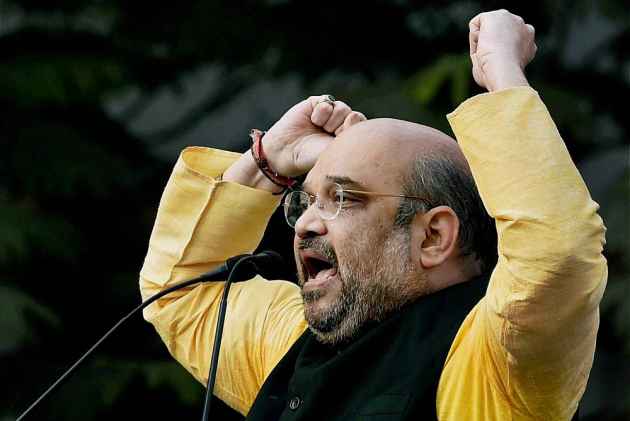 Mamata Banerjee has once again hit out at the media and said that instead of focusing on all the good work being done by her (like peace in Jungle Mahal and the Darjeeling Hills) they keep “bambooing from behind”.

“…Shanti na thakle kono kichhu hoyna… nijera korte paaren-ni, jaara korchhe, sarakkhon taader pichhone ki kore bamboo deya jaaye, taar chinta kore berachhe… (Nothing is possible without peace… they could do nothing themselves, and are now all the time looking for ways to stick a bamboo up the backside of those who are trying to do something)”

Her comments have drawn further criticism. An outraged BJP leader Jayprakash Majumdar said, “Parents these days switch off the TV when the CM starts to speak because they don’t know what she will say next.” In the meantime, in Parliament, Trinamool Congress MPs are raising the pitch on the issue of central minister Sadhvi Jyoti’s unprintable comments, joining in the opposition demand for her resignation. BJP’s Venkaiah Naidu shot back at the TMC pointing out that the party’s disgraced MP Tapas Paul—who had urged his party men to rape women of the opposition—continues to attend Parliament.

Doesn’t the speech and behaviour of our leaders say something about us as a nation? Are we really “civilized” in the conventional sense of the word? To me it appears that our leaders represent what we are. Perhaps Prime Minister Narendra Modi can include in his Swachh Bharat mission a crash course in how to clean up the speech, behaviour and really the acts of his Parliamentarians. Right now they are just acting like silly children pointing fingers at each other cribbing, “Look, she said a bad word!” Or, “She said it too.” But, “He said it first.”

Why Do They Say it?

But then why do our politicians time and again use abusive language casually? Is it because they are perhaps not even conscious of doing anything wrong? Or is it for effect? I cannot forget the background sound of thunderous applause in videos of Tapas Pal’s hate speech. Or during any political hate speech for that matter. Arunava Ghosh, a Calcutta lawyer remarked that Mamata’s “bamboo” comments smacked of “bosti culture” (slum culture). But can we really expect suave, urbane, sophisticated speech and behaviour from many of our political leaders who did indeed spend their formative years in the “slum culture” where perhaps the swear words—which middle or upper middle class society is squeamish about at least as far as public speaking is considered—were not as much a taboo? Many of our MPs, MLAs and ministers are indeed from such non-privileged backgrounds and have often won elections because of their ability to influence the masses—perhaps even for the very same qualities (a certain kind of incendiary speech) for which now they are drawing flak. Perhaps the politicians themselves are stunned by it, this seemingly sudden attack on the colourful language which earned them thunderous applause with the masses, say, during an election speech or a rally. To me it seems that there is a clash of cultural sensibilities. The Indian media is using its own, mostly sophisticated, urban and educated standards as a yardstick with which to measure the speeches and behaviour of politicians, large numbers of whom evidently don’t see anything wrong with using a certain kind of language. The outraged reactions are because of the clash of sensibilities, the conventional beliefs about what is “civilized” among one set of Indians as compared to another set of Indians. Having said that, I think it’s the responsibility of the leaders whom we send to represent us to at least try and imbibe some of what is considered conventionally civilized speech and behaviour across the world—after all, we do have pretension of living in a global society.

So Who Should We Believe?

What led to Mamata Banerjee's outburst of course had to do with the PMO contradicting BJP President Amit Shah’s claim during a rally in West Bengal that money from the Saradha chit fund was channelled into the hands of terrorists across the border (Jaamat ul Mujaheedin, Bangladesh). Union minister Jitendra Singh told Lok Sabha in a written reply that the "investigation has so far not revealed any such transaction where money was routed to Bangladesh to fund terrorist activities."  A day before the BJP president's allegations, that Mamata’s government was blocking the Burdwan investigation, his predecessor in the party and now home minister, Rajnath Singh, had told a police officers’ conference in Guwahati that West Bengal police and NIA were working together on the probe.  However Bengal’s BJP MP, Babul Supriyo and junior urban development minister backed his party president Amit Shah saying that he had reasons to claim that terrorism was funded by money laundered from chit funds in West Bengal. Evidently, in an effort at damage control, environment minister Prakash Javadekar tweeted, “There are three facts 1. Sharda Scam is a reality. 2. Millions of poor have been defrauded. 3. Many in TMC have been found as beneficiaries.”

Now for the update on the Burdwan bomb blast. Central anti-terror agency, NIA this week met with their Bangladeshi counterparts who arrived in Calcutta over the weekend to discuss how to jointly conduct the investigations. The two countries and governments decided to work together as the investigating agencies traced the terror links back to banned militant groups operating in the neighbouring country Bangladesh, with whom India shares a friendly diplomatic relationship.

Tidings From Down Under

The untimely death of Australian cricketer Phillip Hughes has saddened cricket-crazy Calcutta too. It has also caused parents to worry about whether to send their children to play the sport. “I know that accidents can happen in any field and this is not a usual occurrence, but the tragic incident has really shocked me,” said a 38-year-old mother at Calcutta’s Vivekananda Park Cricket Club where her 12-year-old son is being coached. She said she herself broke down while watching 25-year-old Hugh’s funeral in Australia on television. “When they showed his mother weeping, I just burst out crying,” she said. “Imagine sending your child out to play cricket and he gets hit by the ball and never comes home again. I am having second thoughts about my son.”

All in the Family

Trinmool Congress bigwig, the All India Trinamool Congress General Secretary Mukul Roy’s nephew, has joined the BJP. While announcing this, BJP Bengal president Rahul Sinha pointed at the young man sitting beside him on stage and beamed. “He is Trinamool’s Mukul Roy’s nephew,” he said as though showing off a prized catch. Dibyendu Roy, the nephew, however, looked mortified. He smiled reluctantly as though he was forcing himself to do so. And as other BJP leaders on stage laughed at jokes cracked by Sinha at the expense of TMC, Dibyendu looked completely unsure about what he should do, as though he was caught between loyalty to his own family and the peer pressure of friends. But then why has Mukul Roy’s nephew joined the BJP? Is this an attempt by Mukul Roy himself to try and send a message of peace to the BJP, which is that the TMC feels it is getting the CBI to go after its members? After all Mukul Roy’s name too has figured in the chit fund scam, being probed by the CBI.

Calcutta’s cigarette sellers have welcomed the news that there has been a stay on the centre’s decision to impose a ban on sell of loose cigarettes. Many small time customers too have breathed a smoke-filled sigh of relief.

(Governments came, government’s went…
but poor Gopal has remained where he always was)