Political leaders, drunk on arrogance that comes with power, have made themselves and their kin feel that they are a notch more privileged and better than the common man. 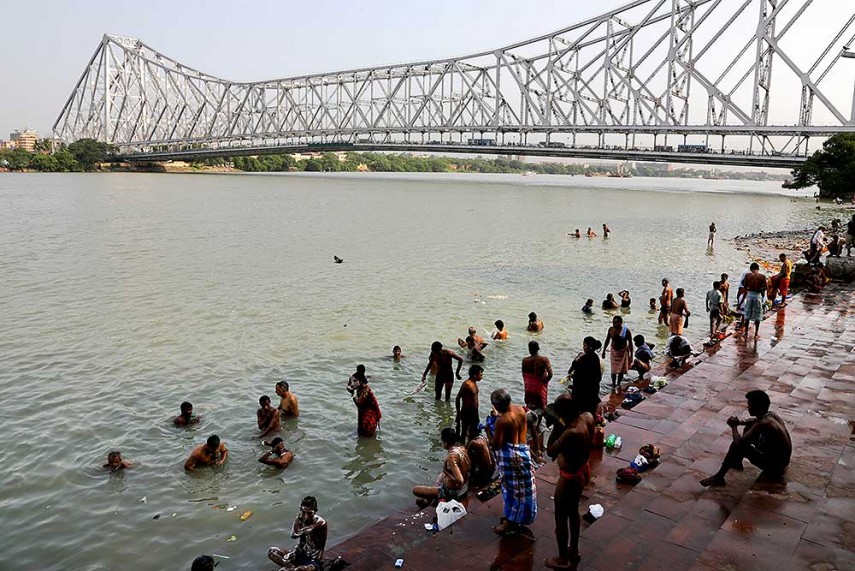 Calm after the storm

Election over, a strange calm has descended over Calcutta. The seven-phase poll which took place during the whole of last month and beginning of this, was a high-pitched event, marked as it was by noisy political rallies, cacophonous campaigning and shrill rival-bashing by contestants. In some instances overenthusiastic party cadres coined jingles and had them blare out of loudspeakers during local campaigning. Sample one from ruling Trinamool: "Chari dikey takiey dekhun, unnoti aar unnoti…vote ta taholey Joraphooley deben, deben toh Lokkhiti?" (Look around you and all you will see is development and more development…so do cast your vote for Trinamool, won't you, my Dear?" It's another matter that if you do look around all you see is some sardonic wall graffiti from rival parties to the contrary. Like this one from the Communist student wing SFI/DYFI: "Roj, roj notun dhop…Shilpo shudhui aloor chop" (Each day a new lie…industry is a potato dumpling). 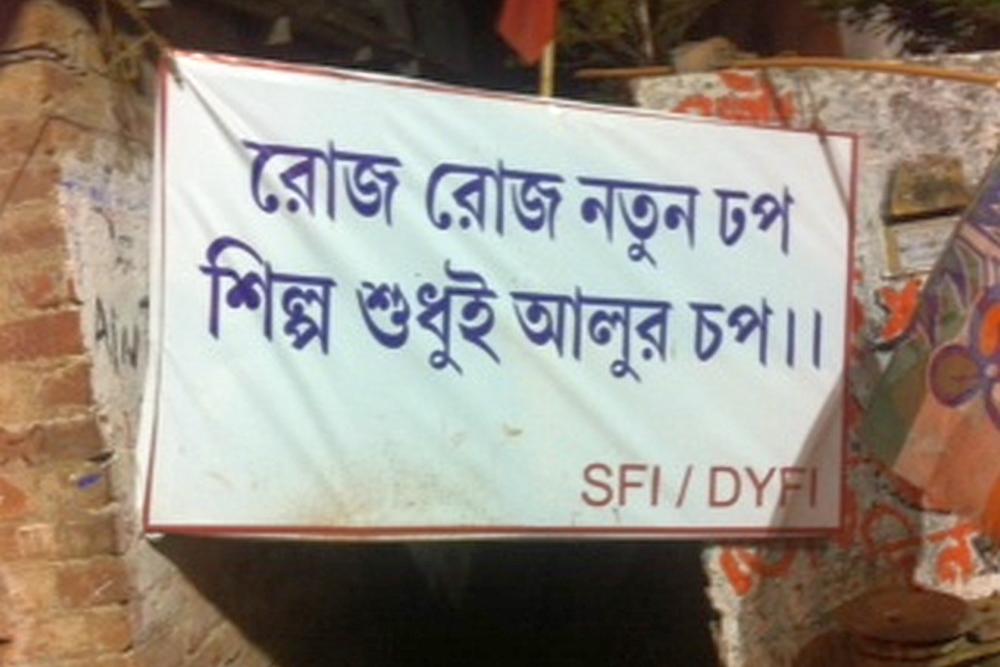 Or is it before?

But getting back to the issue of the current calm, it is reportedly a deceptive one. Just a lull before the storm. During the seven-phases the state was also rocked by reports of violent clashes between political parties. The results of the elections will be out on May 19. Political pundits predict difficult times ahead for the city and the state. "Political revenge" is reportedly a plan hatched by workers of each party, not withstanding promises by top leaders that vengeful bloodshed will not take place. (Recall the famous pre-Poriborton Trinamool phrase: "Badla noy, bodol chai" (We want change, not revenge).

The nervousness is palpable with workers discussing the turnout in hushed tones. But there is also as much excitement, not to mention uncertainty. Surveys — not exit polls — conducted before polling began had predicted a comfortable majority for ruling Trinamool. However a sequence of incidents which subsequently took place put a question mark on this. Just as the first phase of polling was due to begin, the Narada scam (not to be confused with the similar sounding Sharada scam) exploded on the face Trinamool and the party top brass — several of whom are candidates in the elections — were caught on camera taking bribe in a sting operation by television news group Narada. The second and more damaging incident was the collapse of a bridge — which killed a large number of people — reportedly due to usage of substandard construction material by the contractors who were forced to take supplies from alleged ruling party companies. The third and most significant factor in putting a spanner in the works for Trinamool was the Left parties' decision to fight the elections together to overthrow Trinamool.

If political clashes are on a temporary lull in the countdown to election results, campus clashes between student groups affiliated to different political parties is more than adequately making up for it. Jadavpur University was at the center of another controversy when its students clashed with alleged "outsiders" who had come to screen a film at the campus even after permission to do so — though earlier granted — had been later cancelled.

According to the students, the "outsiders" (including producers of the film — Buddha in a Traffic Jam — as well as alleged right wing student activists ABVP) had entered the campus and had the film screened at a large open field within the campus after being denied permission to show it at a hall. After the screening, students allege, when some students voiced their dissent claiming that the ABVP members were trying to propagate their right-wing messages in the campus, four members of the "outsider" groups molested the women and misbehaved otherwise. The students caught hold of them and locked them up before calling the Vice Chancellor who had them handed over to the police. In counter allegations, the ABVP claimed they were beaten up so badly by the students that three of them had to be admitted to hospital with injuries.

In the meantime BJP leader Roopa Ganguly visited the campus and tried to free the captive men but left soon without success. Since then, every evening there have been protest demonstrations and counter demonstrations on the road between Jadavpur Police Station and 8B Bus Stand along which the university stretches — it goes without saying that traffic in this important connecting thoroughfare has been completely thrown off gear during these times — but no solution is in sight. Like the Jawaharlal Nehru University crisis, this too is here to stay.

News this week that the son of political leaders affiliated to the ruling parties in Bihar shot dead a young student in an incident of road rage found chilling resemblance to an incident which took place in Calcutta recently. Like the 22-year-old Rocky who fired fatal gunshots at passengers of a car for not allowing his own car to overtake it was, in Calcutta the son of a powerful don and alleged leader of the ruling party overran an officer of the Indian Air Force who was practicing for Republic Day parade. Interestingly, in both cases, the arrests took place after much delay raising suspicion that their connection with the ruling parties made it difficult for police to arrest them. In both cases the boys were known to be brats, flaunting not just their money, expensive cars and latest electronic gadgets, but even firearms and weapons.

What is cause for concern in both cases is the arrogance of the young men, who clearly felt that they could exert power and were untouchable. What is more cause for concern is the reason behind their arrogance. Our political leaders have by and large nurtured this culture — the arrogance that comes with power and they have made themselves and their kin feel that they are a notch more privileged and better than the common man. And even more cause for concern is the other reason why brats of politicians — and sometimes police — feel that they can get away, sometimes literally with murder. And that reason is that political parties employ muscle power to stay in political power and the goons and thugs that provide this muscle power are given certain privileges, even if that means looking the other way when they or their kin commit crimes.

Kiss and make up

The much awaited Bengali film starring Prosenjit Chatterjee and Rituparna Sengupa is all set for release. The once famous Bengali film pair — who was also rumored to be romantically linked off screen — had fallen out over what is known in the industry as a "lovers' tiff". Rituparna was so upset with him she had announced she would never act in a film together. Though she was professional enough to complete their last film together — Jamaibabu Jindabad, she didn't sign another. The two never spoke to each other. So when 14 years later directors Nandita Roy and Shiboprasad Mukhopadhyay announced that they have roped in the duo to play the lead in a movie called Prakton or "Former", fans in Calcutta were delighted. "I can't wait" said Rupsha Roy, a housewife who named her daughter Rituparna after the actress and who was heartbroken when her favorite reel couple broke up. The two have not denied that elements from real life have wound their way into the script. Watch this space for a review.