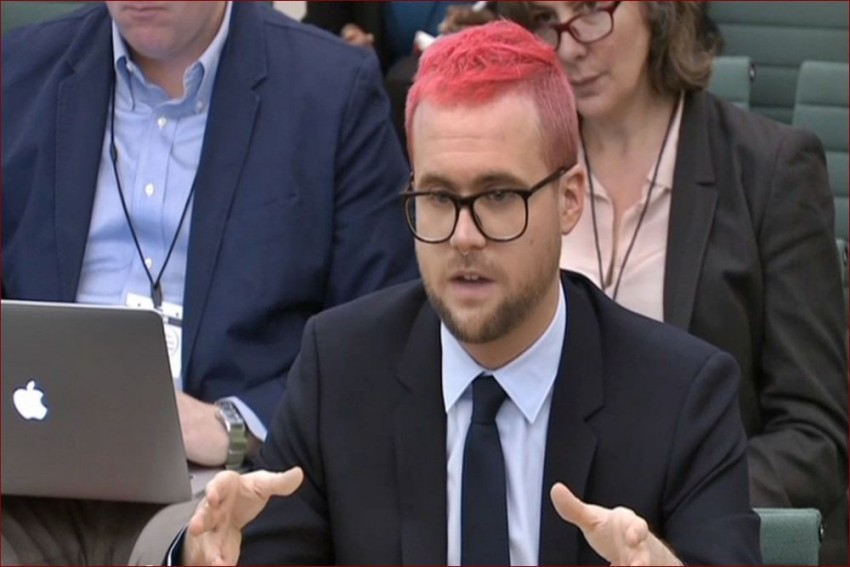 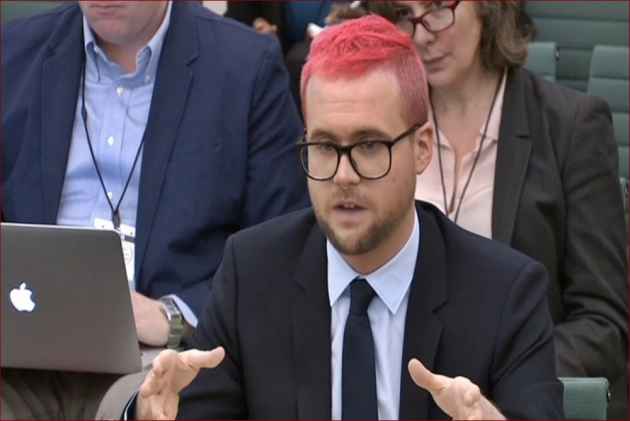 Christopher Wylie, the whistleblower and a computer expert who sparked a global debate over electronic privacy said on Tuesday the Congress was one of the political parties in India that had used the services of the tainted company Cambridge Analytica. According to Wylie, the firm had large-scale operations in India and even had an office here.

"I believe their client was Congress but I know that they have done all kinds of project. I don't remember a national project but I know regionally. India's so big that one state can be as big as Britain. But they do have offices there, they do have staff," Wylie said while speaking at the UK Parliament.

Soon after the testimony details emerged, the BJP said Congress president Rahul Gandhi should apologise. "They have lied. They must apologise to the nation," Union minister Ravi Shankar Prasad said.

Wylie, 28, was deposing before the UK Parliament on Tuesday when he reiterated the allegations against Cambridge Analytica.

Wylie worked on Cambridge Analytica's "information operations" in 2014 and 2015.

Wylie told the media committee of the British parliament that he "absolutely" believed Canadian consultant AggregateIQ drew on Cambridge Analytica's databases for its work on the official Vote Leave campaign. The data could have been used to micro-target voters in the closely fought referendum in which 51.9 per cent of voters ultimately backed Brexit.

"I think it is incredibly reasonable to say that AIQ played a very significant role in Leave winning," he said.

Because of the links between the two companies, Vote Leave got the "the next best thing" to Cambridge Analytica when it hired AggregateIQ, "a company that can do virtually everything that (Cambridge Analytica) can do but with a different billing name," Wylie said.

The testimony comes a day after Wylie and two other former insiders presented 50 pages of documents that they said proved Vote Leave violated election finance rules during the referendum campaign.

They allege that Vote Leave circumvented spending limits by donating 625,000 pounds ($888,000) to the pro-Brexit student group BeLeave, then sending the money directly to AggregateIQ.

Wylie told Britain's Observer newspaper that he was instrumental in founding AggregateIQ when he was the research director of SCL, the parent company of Cambridge Anayltica.

"AggregateIQ works in full compliance within all legal and regulatory requirements in all jurisdictions where it operates," the company said in a statement. "It has never knowingly been involved in any illegal activity. All work AggregateIQ does for each client is kept separate from every other client.