Camus & The Barbarity Of Capital Punishment

India, in the spirit of its rhetoric on tolerance, needs to show more solidarity towards life. 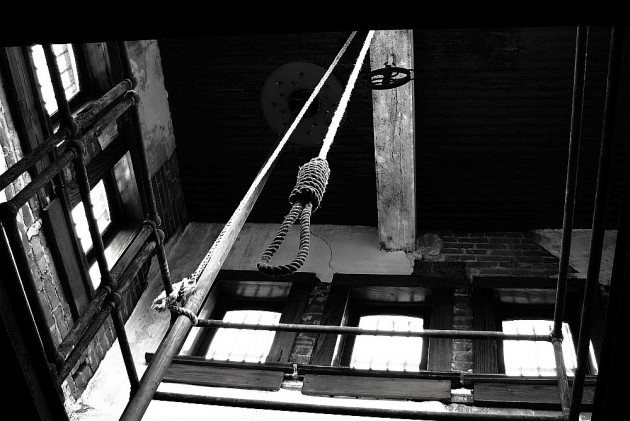 For reasons of security, we carry out our justice by ourselves.
~ Albert Camus ('Reflections on the Guillotine')

In 1957, along with the Hungarian-British author Arthur Koestler, Albert Camus had published a long essay titled 'Reflections on the Guillotine', where he fiercely argued against capital punishment. The intellectual debate around the legitimacy of capital punishment has once again gained ground in India since the hanging of Ajmal Kasab, as Yakub Memon is set to be hanged, convicted over his involvement in the 1993 Bombay blasts.

This is a reading of Camus' reflections against death penalty as a way to intervene in the tenor of the debate and propose a rethinking once again, amidst a huge number of appeals and petitions being sent to the President for clemency by eminent people ranging from ex and current Supreme Court judges, lawyers, social activists, writers, film makers, academicians, public intellectuals and others.

Camus begins by recounting the decapitation of a man in Algiers shortly before the First World War. The man had slaughtered a family of farmers, including children, and everyone, Camus' father among them, vehemently felt the man deserved the punishment. In a rare show of interest, Camus' father woke up at an unusually early hour to go and witness the execution. Camus later heard the story from his mother of how his father returned from the event with "his face distorted", refusing to talk to anyone, and finally threw up in bed. "Instead of the slaughtered children," Camus reflects, his father "could think of nothing but the quivering body that had just been dropped off a board to have its head cut off."

The scene triggered such a violent repulsion in Camus' father, it managed to subdue the strong sense of indignation which had led him to watch the "deserving" penalty. Camus asks if this "new murder" by the state, causing such revulsion in an ordinary citizen, instead of making "amends for the harm done to the social body" contrarily ends up adding a "new blot" to the earlier crime. Then he goes on to attack the "ritual language" of the execution in the state-controlled media, which avoids mentioning the details of the event.

It is assumed that the condemned man "paid his debt to society" and "justice was done". These stock expressions betray the anxiety to reassure people that a harmonious end has been achieved. The relationship between debt and justice, between what the criminal owed to society and the ethical measure of that debt, is short-circuited by the overwhelming logic of execution. If execution is deemed to be justice, the idea of debt gets automatically pigeonholed into the motive and motif of revenge. And yet, the reportage of the event borders on "whispering".

Camus observes the malaise: "In our well-policed society we recognise that an illness is serious from the fact that we don't dare speak of it directly." In India, there is a relative lack of scruples in mainstream sensibility that would (selectively) abhor violence and yet vehemently support a retributive execution. In such instances, one can't distinguish morality from sentimentality: the execution assuages the emotional as well as moral outrage against the criminal's deed and punishment is seen as a necessary deterrent against future crimes. But those in favour of deterrence conveniently fail to see execution as a "new murder".

Camus' perception of human nature is in sharp contrast to Spinoza's rational ethics which proposes that man is a social animal. To Spinoza the laws of human nature are best followed through obedience to reason, which also facilitates man's endowment of virtue, and both together contribute to man's living harmoniously with others. Camus approaches the understanding of human nature through a radically opposite concern: what creates a breach in social harmony and what is the fate of such a breach?

In probing this question, Camus pits human nature against the idea of law itself, where law echoes Spinoza's concerns of ‘obedience to reason' and ‘living harmoniously'. Camus counters that "the reverse" (of Spinoza's proposition) is true: that man's nature is intrinsically anti-social. In this conception of ‘natural law', human nature is considered anarchic. Camus then posits his idea of ‘positive law' as a necessary constraint on man's anti-social nature, and puts the onus on society to make men responsible towards its laws. Even as he accepts the necessity of social laws for man's "physical survival", Camus finds the necessity of social contract between men and society a compromise. Unlike Spinoza, he thinks human nature tends towards resisting and breaking social norms. The idea of law in Camus emerges from this tension between (human) nature and society.

To Camus, law "cannot obey the same rules as nature". Law is not meant to "imitate" or "reproduce" man's nature (including his murderous nature) but to correct it. Camus believes law is a disciplinary counter to nature's propensity for indiscipline and immorality. As a corrective, law cannot enforce death without being accused of murder. If law pronounces death, it betrays, for Camus, a "crude arithmetic" of revenge. Camus is very severe on the transgressions of law. It is precisely because he acknowledges the treacherous excesses of (human) nature that Camus expects the law to not reproduce the same while acting against it. Death penalty is one such transgression, where Camus finds the law imitating nature. By his argument that law contradicts its role in passing a death sentence, Camus imposes an important limit on the law. His case against the law comes from his passionate defence of what I would call the ‘human potential'. This unconditioned and sometimes disturbing potential, unbounded by social norms, is nevertheless a potential which law and justice cannot overlook or override.

For Spinoza, seeking the good (virtue) and the useful (reason) reconciles human nature with society. Camus, on the contrary, delves into human nature through the underside of reason: in the realm of human psychology. He thinks it is not possible for law to dominate man's "dark regions of consciousness" by simplifying "the complexity it wants to codify". He believes that law, which is "simpler than [human] nature", is based on a naïve understanding of human nature and cannot control the human unconscious. Camus poses this Freudian challenge to law and directs Spinoza's concerns onto law: he argues that by reproducing nature's dark motives, capital punishment neither seeks the good nor the useful. The corrective that Camus accords to law can also be read as a limit accorded to society's discretions. Instead of accusing the human individual for lacking virtue or reason, Camus aims his arguments at the foundational, reprimanding bodies (society, law). These bodies, after all, enjoy claim over the individual and control the discourse of justice (in the name of virtue and reason).

Society, Camus thinks, "does not believe in the exemplary values it talks about", and since public ethics suffers from deep hypocrisy, he does not find it a good basis for arguing against capital punishment. So any normative argument in the name of public good is not persuasive. On deterrence, Camus isn't convinced that murderers are put off by the news of their execution. Instead of having any effect on hardened criminals, he thinks the event merely ends up intimidating and upsetting those like his father, who are not drawn to crime. Camus also raises, in this context, the Freudian problem of the death instinct. He considers the "odd desire" in man who "kills in order to die". In such cases, the prospect of suffering exceptionally, instead of serving as a deterrent, works within the logic of martyrdom. The sanitised language around the execution also exposes the limitations of the state's proclaimed intentions. By withholding graphic details, the state shies away from risking public repugnance and outrage.

Camus' political assertion is that society must defend itself "not so much against the individual as against the state". His reason is a matter of fact: "State crimes have been far more numerous than individual crimes." The state therefore has far less ethical legitimacy to pass death sentences. Camus also finds the representatives of the innocent victim(s) of crime — society and the state — incapable of laying claim to innocence. This relative lack of innocence suggests, if the guilty is not innocent, neither are those going for his head. Camus' defence of the human potential thus lies beyond the question of innocence. If the state's potential for justice does not recognise human potential, then the murder of the latter is the suicide of the former. Along with the guilty, by Camus' logic, the state hangs its own potential for justice.

Camus reminds us what is at stake: "Capital judgement upsets the only indisputable human solidarity — our solidarity against death." It took France twenty-four years after Camus' essay to stop capitalising its sovereign power and decapitating human potential. India, in the spirit of its rhetoric on tolerance, needs to show more solidarity towards life.

Manash Bhattacharjee is a poet, writer translator and political science scholar. adjunct professor at the School of Culture and Creative Expressions, Ambedkar University, Delhi. A longer version was first published in the Economic and Political Weekly, Vol - XLVIII No. 08, February 23, 2013