Can Africa Be The Continent Of Hope?

As we go into the India-Africa summit, here is remembering Julius Nyerere and his vision. 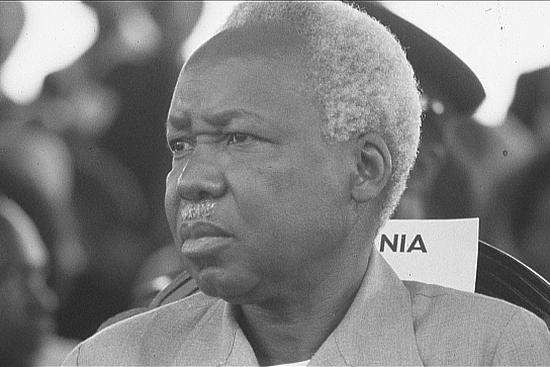 Julius Nyerere’s mother once asked him, why a man like him who had fought and overthrown the British empire/ousted imperialist Britain from Tanzania could not deal with the IMF? The IMF and its insistence on structural adjustment in Tanzania in return for loans, had been stressing Nyerere and his vision on revival from colonisation. I met the lady in his village of Butiama in 1990. She was sitting on what looked like a charpoy with only a blanket covering her, as clothing. He said he had to visit her regularly, as she liked him to scratch her back with one of those traditional back scratchers.

Africa, the continent of hope, is how he and his contemporary Nelson Mandela envisioned the continent. It appeared at that time that Africa — rich in minerals and land and as densely populated as Asia, with a background of racial identity might generate a renaissance as Thabo Mbeki put it. Julius Nyerere tried very hard to protect Tanzania from what looked like the destructive forces of structural adjustment, the IMF and the link with the west. He came from an era and the experience of struggle similar to some of the other great leaders of the former colonies — Jawaharlal Nehru, Gamal Abdel Nasser, Soekarno, Tito — the founders of the NAM movement. It was Mugabe who put forward in 1980 at a NAM summit the idea of exploring the formation of an economic South leading to the establishment of the South Commission which again Julius Nyerere led as Chairman.

The dream or vision was to level the playing field in economic matters — not only between the North and the South but also between the South and the South.  The question was: What will be the necessary conditions of establishing South—South cooperation in the economic domain without any form of cannibalisation — differentiating it from economic imperialism?

Ideas were tossed about at the South Commission some of which often looked unreasonable, e.g. Nyerere would propose that in order to ensure that a country, say in Africa, did not order its trucks and such transport from Germany and other parts of Europe — where they were cheaper and delivery was better — but would  order it from another continent in the South, that we subsidise the cost/price in order to strengthen the South—South trade.  Such was his passion to not only throw away the economic stranglehold of the rich countries but to simultaneously strengthen a level playing field amongst the continents of the South.

Another one of his great passions was to bringing together India and China as two major countries of the South to lead the economic regeneration of the Southern continents and simultaneously generate the affirmation of an economic South. I remember his prodding me at an official meeting with Premier Li Peng in Beijing and in fact briefing me earlier to speak up and to say that India and China must come together to fight the forces of economic imperialism.

Therefore it was hand holding but it was mutual support for what can be called walking out of the havoc caused to the former colonies by the empire. It was not what appears to be now the case namely India and China as fast growing economies with enormous unequal wealth and accumulation, competing with each other to exploit the natural resources and ‘backwardness’ of the African continent.

A painful moment during one of the India—Africa summits held in Addis Ababa in Ethiopia was when the President of Ethiopia invited the visiting businessmen of India to take land, saying "we have  thousands of hectares of land lying vacant, invite you to come and develop them." The result was that one Indian entrepreneur bought thousands of hectares of pastoral land in Ethiopia to grow bio fuel for export, leaving many pastoral farmers destituted. This was fought back of course by ground movements in Ethiopia but that is not the point here.

Thus the question arises — as India gets ready to welcome leaders of the African continent — are we laying out a level playing field or is this one more quest by African leaders to access India’s capital accumulation and India’s rich to provide finance? This of course they will do for the profit that it would bring to them.

A far cry from Mwalimu’s dream of solidarity against the March of capital or profit.

An aside here: when my late husband LC Jain presented his credentials to former President Nelson Mandela in Pretoria in 1997, we called my husband’s speech "Africa: The Continent of Hope." There was a freshness in the leadership whether it was Mozambique, or South Africa or Ghana and heroic attitudes to fighting oppression. It looked like Africa could show the way for regeneration of former colonies in new and self strengthening ways. Thabo Mbeki’s stirring speech called The African Renaissance traced the civilisational history of the African continent, not only emphasising unity but also brilliance. Yes Africa looked like the Continent of Hope. President Mandela asked for a copy, saying he found it so encouraging, and would like to share it.

It would be worthwhile for the leaders of the African countries to recall the spirit as well as the intelligence of Mwalimu, Julius Nyerere: to look at the ideas that were put forward by the South Commission and to ensure that capital and technology rich countries like India and China are made to play in a level playing field, and not generate a new economic imperialism.

Devaki Jain was a member of the former South-South Commission led by Dr. Julius Nyerere.