Indian fashion designers need to come out of their cocoons 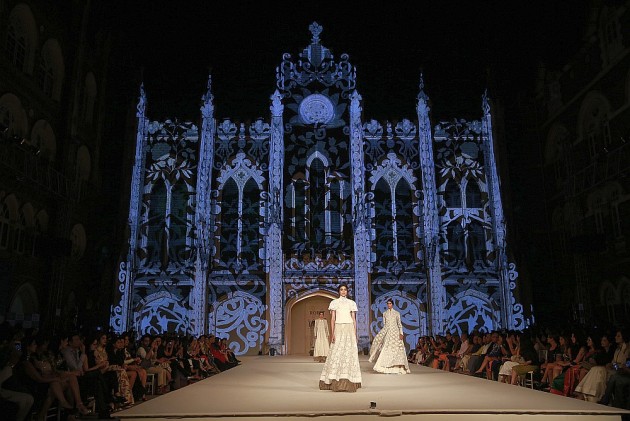 The Delhi and Mumbai editions of fashion weeks for the season ended with what's is called the 'grand finale' recently. It is not par course on international fashion ramps to have grand finale at the end of the Week. Be it Paris, New York, Milan or London, whoever gets the last slot on the last day of the fashion week presents their collection and goes home. There is nothing special about the show or the designer who shows it. No special ramps, no celebrity show stoppers, no March of victory by the organisers.

The fashion weeks abroad end without any drama unlike India where a chosen designer or bunch of designers make a grand presentation (hence the term grand finale) to mark the end of the Week. But that is the beauty of India. We can make a celebration of everything. Love it or hate it.

So, when I was asked (several times) how Indian fashion compares to what we see in global fashion capitals, my first reaction was to say that Indian designers need focus on their designs. They need to come out of their cocoons where they are the kings and queens of Page Three, feeling complacent and accomplished.

Here is the thing: international fashion is serious business reported and critiqued by veteran fashion writers in the main pages of newspapers and magazines. Designers are not relegated to entertainment supplements and reduced to who-wore-what and who-attended-which-party.

And yes, some writers can make or break a designer. In 1992, when Marc Jacobs presented a collection inspired by grunge for Perry Ellis, Cathy Horyn dismissed it in one line: "Grunge is anathema to fashion and for a major Seventh Avenue fashion house to put out that kind of statement at that kind of price point is ridiculous.” New York magazine said,"Grunge: 1992–1993, R.I.P." Jacobs was eventually fired from Perry Ellis and almost lost his career over it.

So, let's not compare Indian fashion with international fashion. At least, not yet.

And don't get me wrong. It is not because we do not have designers worthy of international ramps. There are a few who have successfully crossed the borders seamlessly. Example, Rahul Mishra who now sells in Paris at the Collette store and, shows his collection in Paris every season.

The young duo Hemant and Nandita, who started off modestly, are selling at Neiman Marcus stores across American cities. Bangalore-based Deepika Govind, who rarely shows at any of the fashion weeks, set up a successful store in Paris called Neel Sutra, even before she brought the brand to India. And then there is the peacock of Indian fashion, Manish Arora, who went on to head Paco Rabanne (he stepped down after two seasons) and shows his collection diligently every season in France.

Clearly, there is no lack of talent. The answer to the question: how do we compare to international fashion lies in our attitude to fashion. If you take a look at the names that have succeeded abroad, it is quite clear that they are designers who lean towards western silhouettes, even as they use Indian textiles and craft. Their clothes appeal to an international audience in two ways. One, the silhouette is simple, wearable and the kind that Western consumers can relate to, and two, there is an exotic touch of Indian silks, prints, embroidery making the outfit special without seeming overdone and awkward.

Does this mean we are not capable of breaking into the western markets like the Japanese? Perhaps we are. But for the time being, it is not essential that we do. There are enough challenges at home.

Designers who have chosen to stick to Indian ethnic wear are smart cookies. With the coming of age of high street stores such as Zara and H&M, the selfie generation is unlikely to splurge on expensive Armani or Dior outfits for daily wear. The high street stores have the season's top trends on their racks before you can spell Margiela and the price tags are a joke in comparison. So nobody is going to pay too much attention to an Indian designer's interpretation of Western casual wear either.

However, when it comes to buying Indian wear, there is no place to go but to our good old designers who have mastered the craft of making lehengas and saris. Sabyasachi has almost created a new school of trousseau with his embellished saris and lehengas, Tarun Tahiliani knows how to work his drapes. Gaurav Gupta hit the nail on the head with his stitched saris appealing to the new generation who cannot quite manage a real sari. Rohit Bal, probably the most innovative designer we have today, did not bother to look outside but focussed on improvising Indian wear using technology and has almost converted his craft into a form of art.

So, where does Indian fashion stand today? Well, the best place for it to be is in India. For our designers, there ain't no place like home!