Can Indian Media Really Do With Some Humor?

A new book ‘Lov La and Other Puzzles’ by Chandrima Bhattacharya proves why humor should flow naturally irrespective of whether it is fiction or non-fiction. 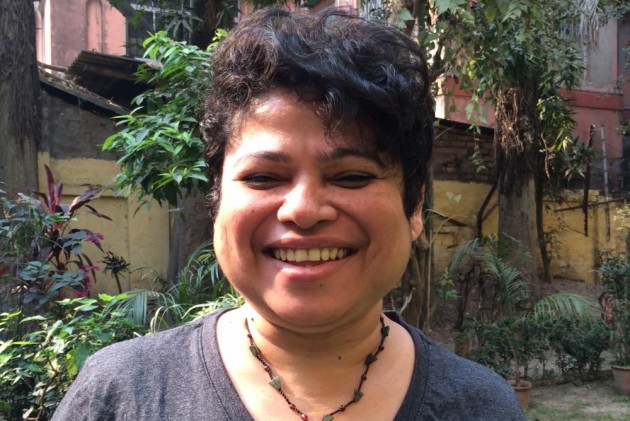 In the early 2000s, Chandrima Bhattacharya, a reporter working for The Telegraph, the ABP Group’s English daily, had written a piece on how a Calcutta couple, just about to make love, finds that the elaborate process of putting up a mosquito net consumes all their passion. Written for a literary supplement of the newspaper, the droll article showed how the grimness of life in this city can be a great source of entertainment when viewed through a comic lens. Bhattachary’s ability to do that, to draw out the humor latent in everyday, mundane situations got her boss to ask her to write a column that would poke lighthearted fun at everything. Including, but of course, herself.

That was in 2006. “My brief was: ‘A woman about town’,” Bhattacharya told Outlook in an interview, after late last month, a selection of some twenty pieces from this column – which, according to the author didn’t really follow a regular, regimented timeframe but appeared sporadically, “every so often” – was published in a book form. Entitled, ‘Lov La and Other Puzzles,’ and published by the Emami Group’s Starmark, it takes us on a quirky journey through Calcutta, made quirkier by the fact of it being reflected through the mind of a quirky observer.

In one story the author delineates a would-be-landlord’s boundless curiosity about a working woman, a journalist at that, who keeps late hours and has friends, who too keep late hours. The following dialogue ensues in the exchange between the author, looking to rent an apartment and the house owner in the story, “Enter the City.”

I may come back home late,” she said.

This declaration created a flutter.

“Well, on certain days, it could be 2:30 in the morning,” she said, hoping that was not too late, yet not too early either.

“Because I work for a newspaper”.

The conversation culminates with the incredulous man’s eyes “piercing through her top deep down into her soul” and her feeling “shattered”, like  “Lady Shatterly.”

Bhattacharya’s humor is rooted at the point where her own incredulousness about things (people she meets, situations she witnesses and conversations she hears) collides with the incredulousness she herself arouses in other people. In situations where she is the odd one out, it is the sizing up of each other that generate laughter. At times she is a silent observer, merely reporting what is unfolding before her eyes, but there is so much inherent absurdity in what is transpiring that it gives rise to peals of laughter.

In one story, for instance, she is simply watching the news and describing the overexcited television reporter, who dangles a nightie in front of the camera screaming “ei shei nightie” (this is that nightgown) as though he has landed the ultimate proof in a crime story. The tone of the piece is spoofy as it conjures up the evening news with its shrill, gesticulating anchors.

What is interesting is that the stories are actually reports. “None of the accounts are fictional,” Bhattacharya says. “The people, incidents, events, etc. depicted in the stories are all from real life.”

Doesn’t that make it more difficult to retain the humor? Without the creative freedom to exaggerate or understate, which are the essences of comic writing?

Bhattacharya does not think so. “Humor should flow naturally irrespective of whether it is fiction or non-fiction. It is the way that we perceive things that determines whether we are interpreting them humorously or not.”

Clearly, the author is able to zero in on the funny side of things. We may see the same people but not notice the quaint mannerisms that make them characters who evoke laughter. Like the nanny who tells her own Cinderella tale, reinventing the fairytale character as a mall-going Puja-performing birthday girl – anything to get her ward to eat her buttered rice and mashed potato. Or the slimy uncle of a friend, making suggestive hand gestures, who could be as despicable to any of us as he is to Bhattacharya, but to see in his lechery an opportunity for profound comedy requires the ability to spot humor.

It must also be noted here that at the heart of this form of humor there must lie a kind of pathos, deep, dark, disturbing compulsions that twist and turn our perspectives until we begin to see the invisible shadows which transforms reality. “Essentially, ‘She’ is a disturbed woman, navigating her way through a disturbed city,” says Chandrima. It is obvious. Even if you didn’t know the author’s turbulent personal life which informs the stories, makes inroads into the tales. Are they tragi-comic then? Something like that. The author’s guiding spirits after all are who else but Lewis Carroll’s Alice and Nancy, the Joe Brainard cartoon character, in her evolved, adult avatar. She goes to the extent of dedicating her book to Nancy along with her parents. “She”, like the characters of Sukumar Ray, one of Bhattacharya’s early inspirations, reacts to the grimness around them with a distance that invariably turns them into the “other”. Here is a woman from whom the city tries to snatch laughter, she feels violated on so many fronts. But she survives.

Some of the stories in the book trigger boisterous laughter. Others bring on a stifled smile. A few leave us amused. One or two bemused. The one-line pieces are hilarious. Sample one: “Sometimes she wishes she was Charulata” accompanied with an illustration of a pensive “She” on a swing, like Madhavi Mukherjee in Satyajit Ray’s “Charulata”. Or another: “Sometimes she wishes she was a wisp of a girl” accompanied with the drawing of a dreamy author looking wistfully down at herself as a pigtailed school girl. These ruminations stir up laughter because they say nothing yet touches a chord, a comic cord, somewhere.

The comic is by and large missing from Indian journalism today, especially Indian English journalism. Chandrima Bhattacharya’s book has arrived like a breath of fresh air, at a time when the Indian media could really do with some humor.