People change. Even politicians. Perhaps Barak has had time to ponder on his experience and learned from his mistakes 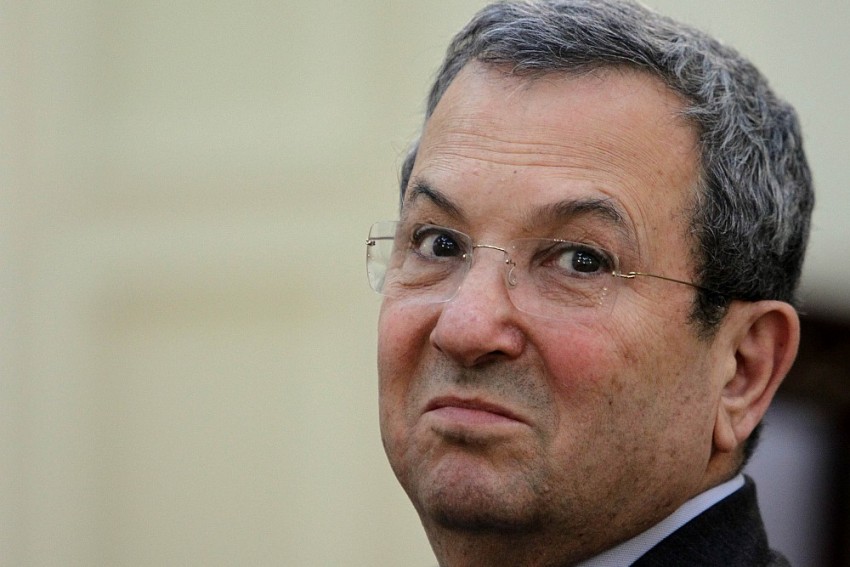 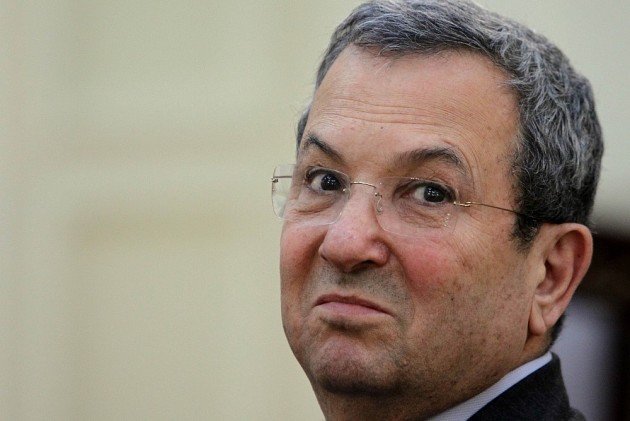 SUDDENLY, a familiar face, almost forgotten, appeared on the TV screen. Well, not entirely familiar, because it now sports a prominent black beard. (If I were he, I would quickly shave it off.)

Yes, there he was. Former Chief of Staff, former Prime Minister, Ehud Barak.

Barak in a new format. Aggressive. Outspoken. Damning Binyamin Netanyahu in no uncertain terms. Repeating almost word for word my warning that Netanyahu has lost his senses. Saying that Netanyahu "has gone off the rails", and that there are now "signs of fascism" in Israel.

The entire country woke up and listened. Barak back again? At long last, a man who could possibly defeat Netanyahu?

Barak denied that he was a potential candidate for Prime Minister. Nobody believed him. Every commentator worth his or her salt began speculating about plans for a new party. Why not Barak together with Moshe Ya'alon, the former Chief of Staff and Minister of Defense just kicked out by Netanyahu? Why not with Gabi Ashkenazi, another former Chief of Staff, who has the additional advantage of being an oriental Jew? The air was full of names bandied around.

There was a new atmosphere. A widespread feeling that "Bibi must go". A new feeling that there is a realistic possibility of getting rid of him and of Sarah'le, his unpopular wife.

I HAVE a slight problem with that. It can be summed up with the place-name: Camp David.

For me, Camp David was a historic turning point. Until the Camp David conference, July 2000, there was optimism about peace. Since the conference, peace disappeared from the scene.

For me, the man bearing almost sole responsibility for that was Ehud Barak.

Let me recount the events, as I saw them at the time.

President Bill Clinton was eager for a major triumph before ending his term of office. Since President Jimmy Carter before him had achieved a major success in Camp David with the Israeli-Egyptian peace agreement, he was aiming for an even bigger historic triumph with an Israeli-Palestinian peace.

The Palestinian partner, Yasser Arafat, was reluctant to attend. He pointed out, quite rightly, that no preparatory work had been done by expert committees, and feared becoming a nut in the American-Israeli nutcracker.

Clinton finally succeeded in dragging him to Camp David, after promising that in the event of failure, he – Clinton – would blame no side. He later broke this promise without compunction.

So Arafat went to the conference in a very suspicious mood, ready to beware of traps, not expecting any breakthrough. He was certain that Clinton and Barak would gang up against him.

THE CONFERENCE lasted an unforeseen 14 days. During all this time, Barak and Arafat did not meet a single time in private. Barak did not visit Arafat, nor did he invite him to his private quarters, a hundred yards away.

To my mind, this was very important. Arafat was an outgoing type. He loved personal contact, entertaining guests, sometime feeding them with his fingers. In a very Arab way, he believed in person-to-person relations.

Barak is the exact opposite, cold, withdrawn, preferring impersonal logic to personal contact. Any kind of intimacy is distasteful to him.

I sometimes wonder what would have happened if Ariel Sharon had been there instead of Barak. Sharon, like Arafat, was outgoing, enjoyed personal contact, liked hosting people and perhaps would have helped create a different atmosphere.

BUT OF course, the political differences were more important than the personal ones.

Since there had been no preparations at all, the two sides came with highly incompatible proposals.

Barak had absolutely no prior experience with Arab matters. He came to Camp David with a set of proposals which were indeed more far-reaching than anything Israel had proposed before. He was ready to accept a Palestinian state, though with many conditions and limitations. Perhaps he expected that the Palestinians would jump up and embrace him upon hearing his concessions.

Unfortunately, Barak's maximum fell far short of Arafat's minimum. The Palestinian leader thought about his reception back home if he gave up basic Palestinian demands. In the end, there was no agreement.

Clinton was furious and, in violation of his solemn promise, put all the blame on Arafat. He was probably thinking about his wife, Hillary, who was at that time was standing for election as senator of "Jew-York".

But it was Barak who turned his personal failure into a historic catastrophe.

WHAT WOULD a real statesman have done in such a situation?

I am sorry to tell you that the Camp David conference has been adjourned without reaching the hoped-for results.

The two sides have been engaged in an earnest dialogue, based on mutual respect. We have learned much about each other's views and problems.

We have now appointed a number of joint committees to study the various aspects of the conflict, like borders, Jerusalem, security, refugees etc in detail. In due course we shall convene a second, and if necessary a third, conference, to achieve a final peace agreement.

Both sides have agreed that in the meantime, we shall do our best to prevent any acts of war and violence.

We thank our host, President Clinton, for his hospitality and commitment."

Instead of which Ehud Barak did something that changed the course of history.

On his return he denounced Arafat, and the Palestinians in general, as implacable enemies.

Not only did he put all the blame for the failure on the Palestinians, but he declared that we had no "partner for peace".

These were fateful words. Since then, "we have no partner for peace" has become an axiom among Israelis, an excuse for all deeds and misdeeds. It allowed Netanyahu and his likes to come to power. It was the funeral dirge for the Israeli peace movement, which has not recovered since.

SO WHAT about a future candidacy of Ehud Barak for Prime Minister?

Can he set up a new party, which would put together a great coalition against Netanyahu?

I am told that he has his doubts. "They all hate me," he is supposed to have said.

Up to a point, that is quite true. Barak is seen as an unprincipled person. People will be reminded of his last political escapade, when he split the Labor Party in order to join Netanyahu's cabinet as the Defense Minister.

Since taking leave of politics, he is reputed to have amassed a large fortune, by putting his experience and connections at the service of foreign governments and capitalists.

Far from hiding this fortune, he is flaunting it around, occupying several apartments in one of Tel Aviv's must luxurious high-rise buildings. All this seemed to indicate that he had said good-bye to politics forever.

But now his bearded countenance appears on the small screen. It seems to announce: "Hi fellows, I’m back!"

IS HE? Can he become the focal point of a new alliance, an alliance to "Kick Bibi Out"?

It is not impossible. I believe that only a few people hate Barak anymore. Seen alongside Netanyahu, he appears in a much more positive light.

People change. Even politicians. Perhaps he has had time to ponder on his experience, including Camp David, and learned from his mistakes. Perhaps he would be preferable to new people who have not yet made their mistakes, and therefore have nothing to learn from.

Barak is a highly intelligent person. He has far more (self-acquired) historical knowledge that usual in Israel's leading circles. He has a social conscience. In short, he is no Netanyahu.

Not to be a Netanyahu is more than half of the requirements for a new Prime Minister. And if Barak is the sole credible candidate around, he is by definition the best one.

The Germans say "When he is hungry, the devil eats flies". Even people who dislike Barak intensely would welcome him as a savior from Netanyahu.

In Hebrew, Barak means "lightning" (unlike Barack in Arabic, which derives from "blessing"). Lightning is the split-second flash that illuminates the darkness. Did this split-second reveal a new Ehud Barak?

In short: is the Second Coming of Barak possible? My answer is yes.

Turbulence In The Tory Camp