The council received 81 complaints about the incident. He has not been assigned cases since January. 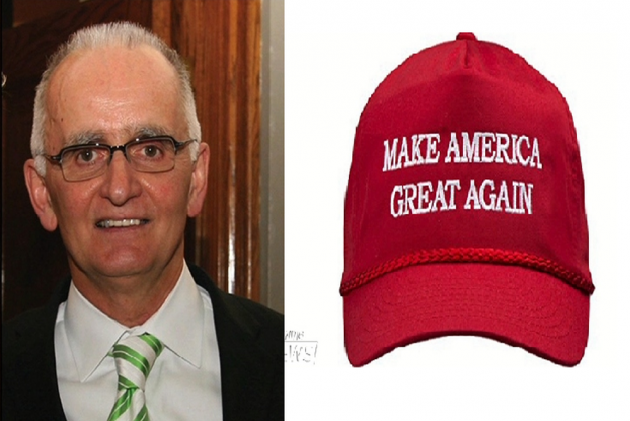 A Canadian judge who wore a hat in court with Donald Trump's campaign slogan "Make America Great Again" has been suspended without pay.

The Ontario Judicial Council said on Tuesday that the conduct of Justice Bernd Zabel warrants the most serious reprimand possible short of removing him from the bench. The council said the hat incident was an "inexplicable act of judicial misconduct" from an otherwise respected judge. Zabel will be suspended for 30 days.

"Justice Zabel's conduct that day gave rise to a perception by many that he was a Trump supporter and that he agreed with Trump's views and policies. In doing so, he violated a fundamental principle of judicial ethics and, particularly in view of the controversy surrounding Trump's campaign, engaged in serious misconduct,'" the council panel wrote.

"His conduct on Nov 9, 2016, was completely at odds with the exemplary judge he has been for the past 27 years. We are satisfied that Justice Zabel does not hold any of the discriminatory views that the complainants attribute to Donald Trump," it said.

The council received 81 complaints about the incident. He has not been assigned cases since January.

At his hearing last month, Zabel said his intention was to lighten the mood by wearing the Trump cap when he walked into the court the day after Trump won the US election. He testified it was only after his action made headlines that he realized some people believed he was showing support for the controversial American and his policies.

Zabel wore the hat while walking into a courtroom and said it was "just in celebration of a historic night in the United States," according to an agreed statement of facts. He then took it off and placed it on the dais until the break, when he took it back to his office, the document says.

When asked about the hat's disappearance later, Zabel quipped that he had taken it off because it had angered other judges who "all voted for Hillary," according to the statement. "I was the only Trump supporter up there, but that's OK," he said.

Zabel later apologized publicly for his behavior, calling it a "lapse in judgment.