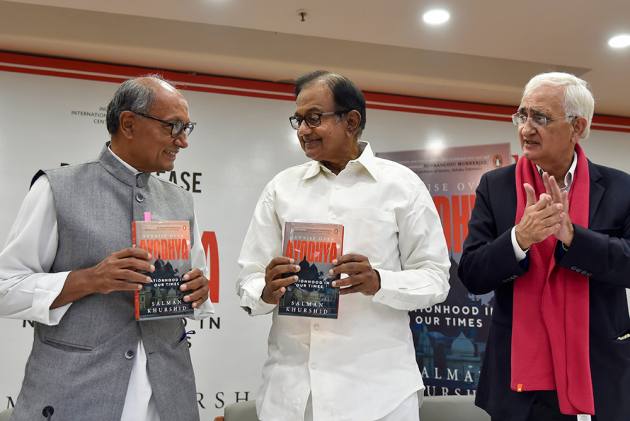 The Delhi High Court has stated that freedom of expressing ideas and opinions cannot be allowed to be overshadowed by the ominous cloud of being non-conformist in a move of dismissal against a plea to stop the publication, circulation and sale of Congress leader Salman Khurshid's new book.

Former Union Minister Khurshid has sparked a controversy by reportedly comparing a "robust version" of Hindutva to the jihadist Islam of terror groups such as ISIS and Boko Haram in his book 'Sunrise Over Ayodhya: Nationhood in Our Times'.

While refusing to interfere with the sale and publication of the book, the high court posed what can the court do if people were "feeling so sensitive". Ask people "not to buy or read the book" instead, the High Court commented. The petition by lawyer Vineet Jindal had claimed that Khurshid's book "impinges upon the faith of others".

In his six-page order, Justice Yashwant Varma quoted French philosopher Voltaire, "While I wholly disagree of what you say, I will defend to the death your right to say it", and stressed that free speech "must be zealously protected" unless the work conclusively falls foul of the constitutional or statutory restrictions.

The rights guaranteed by the Constitution, including free speech, cannot be restricted or denied on perceived apprehension of being unpalatable and a democracy governed by the rule of law would be placed in serious peril if creative voices were stifled or intellectual freedom is suppressed, the judge said.

"The right to dissent or to have and express a contrarian view with respect to current affairs or historical events are the essence of a vibrant democracy. Fundamental and precious rights guaranteed by our Constitution can neither be restricted nor denied merely on the perceived apprehension of the view being unpalatable or disagreeable to some.

"The freedom to freely express ideas and opinions cannot be permitted to be overshadowed by the ominous cloud of being non-conformist," the court said in its order passed on November 25.

The high court noted that in the present case, the book was not even placed before the court in its entirety for its consideration and the entire case rested solely on certain extracts appearing from one of the chapters. The petitioner had contended that the book, in its chapter 'The Saffron Sky', compared Hindutva to radical groups like ISIS and Boko Haram, and said that it could harm public peace.

"Ask people not to buy the book or read it. Tell people it is badly authored, (tell them to) read something better. People who are incensed should write their own chapter," Justice Yashwant Varma responded. The judge remarked, "What can we do if people are feeling so sensitive? They can shut their eyes. Nobody has asked them to read it."

The plea had contended that the author is a public figure and there has already been an incident of violence in connection with the book. It had claimed that certain excerpts from the book were "agitating the Hindu community" while threatening the security, peace and harmony of the nation.

"So, in a country like India, which is perpetually on a communal tinderbox, where religious sentiments run deep, where respect for certain public and historical figures always come accompanied with veneration for their demi-god status, it doesn't take much for malice to be coated with a toxic communal hue based on the contents of the book," the petition said.