The Vitara Brezza stays well ahead of the competition as the entire segment sees a slump in sales; Nexon grabs second spot 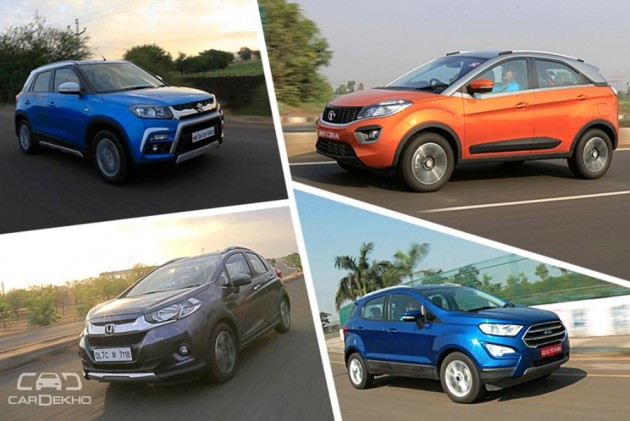 The sales reports for the month of November are out and the Maruti Vitara Brezza remains the undisputed king of the sub-compact SUV segment. The month-on-month slump has continued for this segment, with every single model and manufacturer registering a negative growth in terms of units sold. The Mahindra TUV300 has suffered a big loss in demand in November while the Brezza still retains more than 50 per cent of the market share. 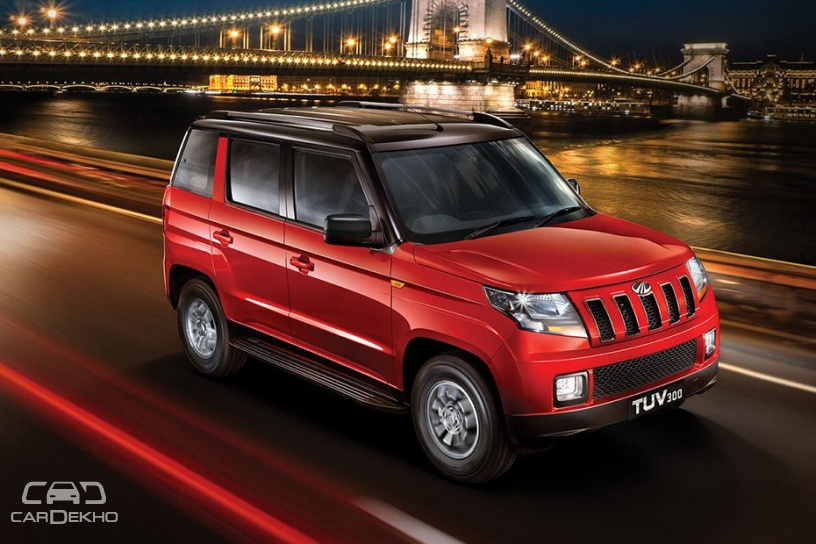 Here’s how each car in the sub-4 metre SUV segment performed on the sales charts in November: 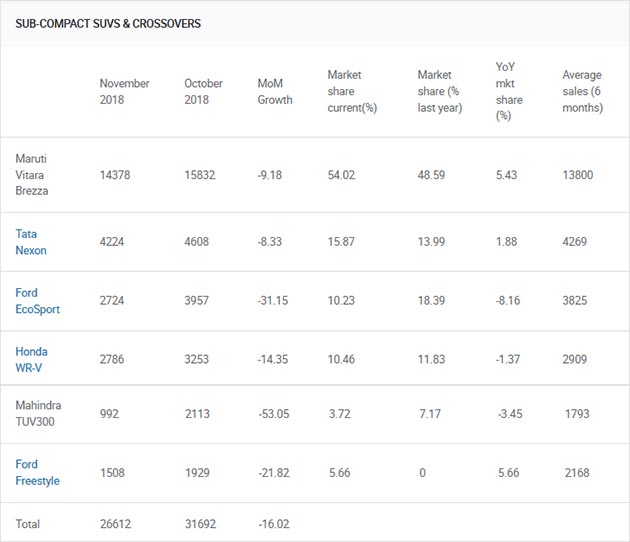 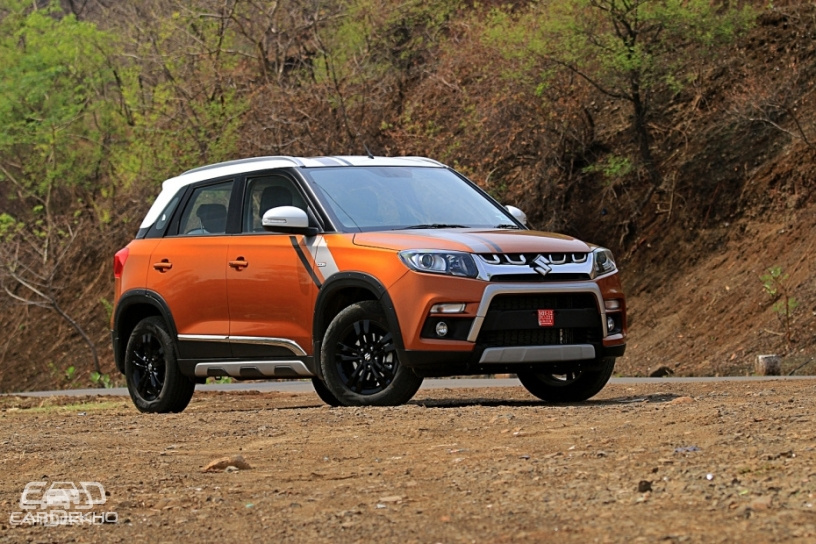 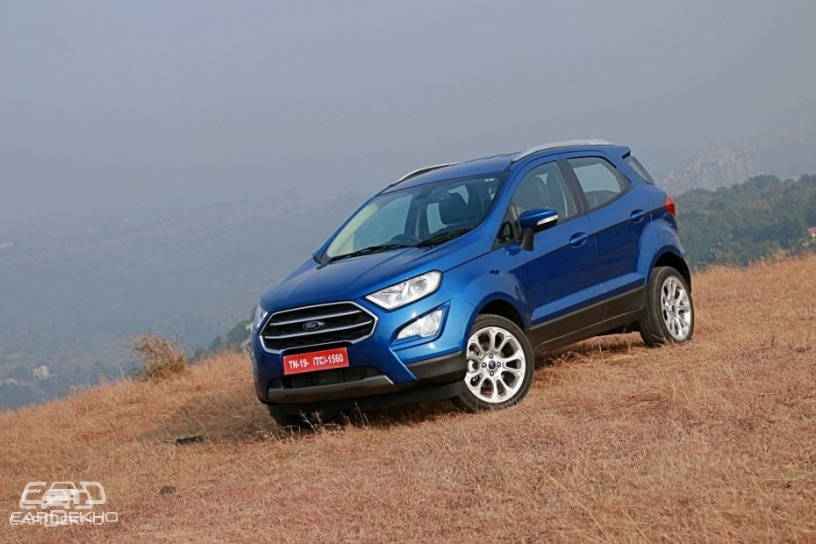 Overall, the sub-compact SUV segment saw sales decline by 16.02 per cent in November. Most of the carmakers are offering discounts and benefits in the month of December and some have already announced that prices will go up in January 2019. For those who plan to keep their new car for a long term, it would be advisable to seal the deal before the end of the year rather than delay the purchase for a MY2019 car. You also have an option to buy a MY2018 car and get it registered in 2019, but that would not impact the car’s resale value by much.