Catch The First Glimpse Of Ayushmann As 'Dream Girl'

After playing a sperm donor and a man with erectile dysfunction, Ayushmann Khurrana is all set to play a ‘Dreamgirl’ in his next film of the same name. 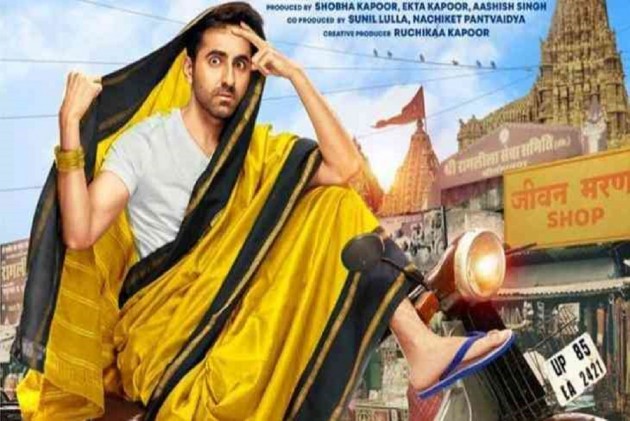 Recognised for delivering fabulous performances in different roles, Bollywood actor Ayushmann Khurrana is set to add another feather to his cap in and as 'Dream Girl'. Dreamgirl, an Ekta Kapoor production, will star Nushrat Bharucha as its female lead and has been written and directed by Raaj Shaandilyaa. Shooting of the film has started in Mathura.

Sharing the first poster of the upcoming movie, the 34-year-old star revealed his look. Dressed like a lady in a yellow saree with black borders and wearing bangles, Ayushmann can be seen sitting on a scooter. 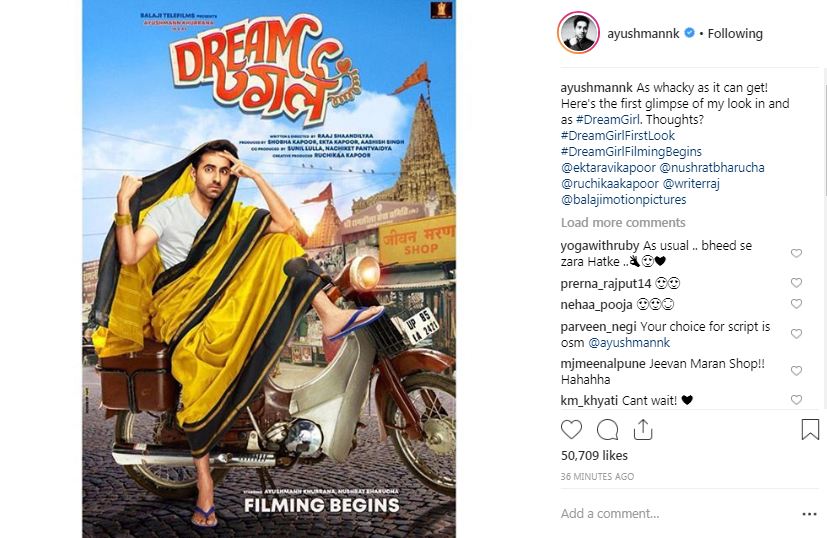 He shared the poster on his official Twitter handle and captioned the post as, "As whacky as it can get! Here's the first glimpse of my look in and as #DreamGirl. Thoughts?

Backed by Ekta Kapoor, the film will be a comedy riot and will be directed by Raaj Shaandilyaa. Nushrat and Ayushmann will be seen sharing screen space for the first time in 'Dream Girl.'