While the CAT bench at Jammu started functioning with effect from last year June 8, now with the issuing of notification dated November 17 the jurisdiction of the Srinagar bench has also been made functional, he said. 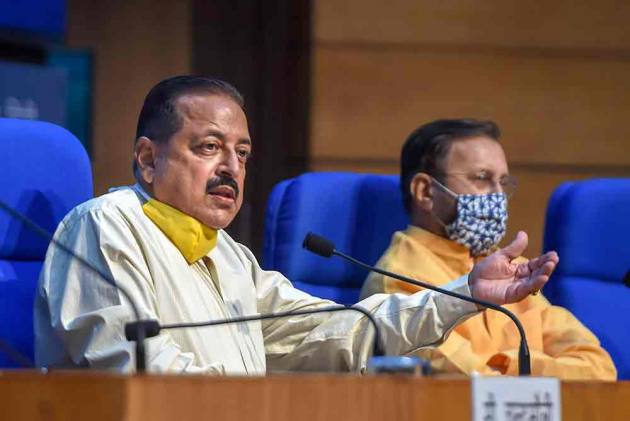 On Tuesday,  Union Minister Jitendra Singh inaugurated the Srinagar bench of the Central Administrative Tribunal (CAT) and said it will provide speedy relief to government employees in their service cases.

He also said that in the country, only Jammu and Kashmir has two CAT benches -- Jammu and Srinagar -- and this is because Prime Minister Narendra Modi accords special priority to the Union Territory.

Following the abrogation of Article 370, Jammu and Kashmir and Ladakh became union territories, and accordingly, employees of the erstwhile state of Jammu and Kashmir became the employees of the union territories, a statement issued by the Union personnel ministry said. As such the disputes pertaining to their service matters are now being adjudicated by CAT, it said.

Referring to high disposal rate of cases, Minister Singh said that since its inception in 1985 and up to June 30, the CAT has received 8,56,069 cases for adjudication, including those transferred from high courts, out of which 7,86,647cases have been disposed of, leaving a pendency of 69,422 cases. On an average, more than 91.89 per cent of the cases instituted are disposed, said Singh, who is the minister of state for personnel.

While the CAT bench at Jammu started functioning with effect from last year June 8, now with the issuing of notification dated November 17 the jurisdiction of the Srinagar bench has also been made functional, he said. The minister said now all three important agencies of the Department of Personnel and Training -- CAT, CIC and CVC -- are fully functional in the union territories of Jammu and Kashmir and Ladakh, according to the statement.

He said that two CAT benches for Jammu and Kashmir in Jammu and Srinagar will go a long way in not only reducing the burden of various courts, but will also provide persons covered by administrative tribunals speedy relief in respect to their grievances and service matters. Singh said the jurisdiction of CAT-Jammu bench extends up to 10 districts of the Jammu region and Leh district of Ladakh.

The Srinagar bench has jurisdiction extending up to 10 districts of Kashmir division and Kargil district of Ladakh, he said. Singh said, with the notification of the Tribunals Reforms Act, 2021, on August 13, the process for filling up of vacancies of members in CAT has been started, the statement said.