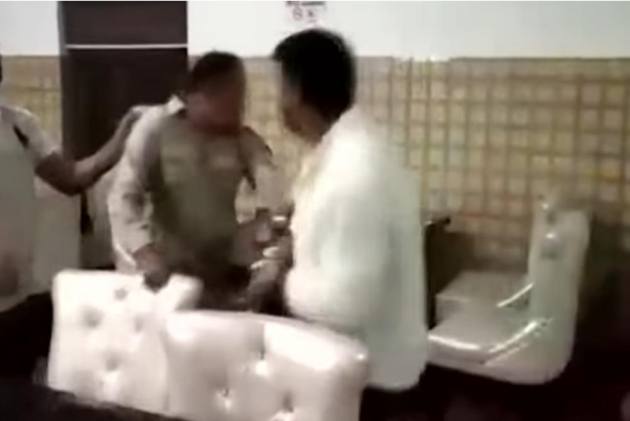 According to a senior police officer, councilor Manish Chaudhary's supporters tried to free him from police custody when he was being taken to a police station. They also created ruckus at the police station, the officer said.

Mohiuddinpur police outpost in charge Sukhpal Singh and his female friend, an advocate, had Friday evening gone to a restaurant, owned by Chaudhary, where the incident occurred, he said.

#WATCH: BJP Councillor Manish thrashes a Sub-Inspector who came to his (Manish's) hotel with a lady lawyer and got into an argument with a waiter. The councillor has been arrested. (19.10.18) (Note- Strong Language) pic.twitter.com/aouSxyztSa


Circle Officer at Daurala Pankaj Kumar Singh said the trigger for the incident was the woman expressing displeasure over not getting their order on time. She allegedly threw away the food when it was finally served.

Chaudhary protested against her action which led to an altercation among the three.

The woman has alleged that she was harassed and beaten up by the BJP councillor following which he was booked under relevant sections of the Indian Penal Code, police said.

In another complaint against the councilor, the police sub-inspector has alleged that Chaudhary attacked him while he was on duty.

Superintendent of Police (city) Ranvijay Singh said, Chaudhary's supporters tried to free him and gherao the police van carrying him.

He said they created ruckus outside the police station and raised slogans against police and administration. The protest affected vehicular movement, creating inconvenience to commuters.