The opposition party took a serious view of the matter and suspended two persons following the incident. 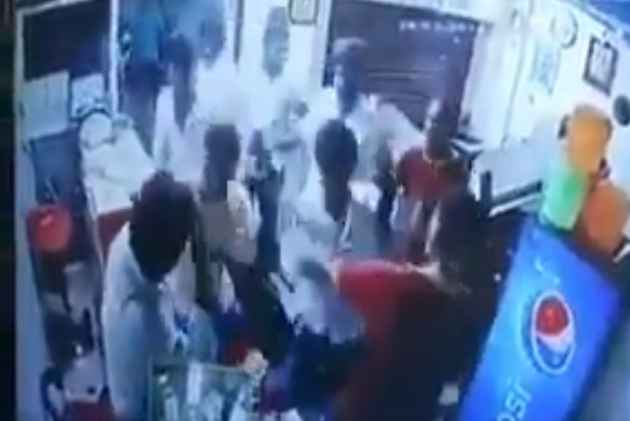 Police are on the lookout for a DMK worker in connection with an alleged assault on the employees of a restaurant in Chennai after it declined to serve him food since it had closed for the day.

The opposition party took a serious view of the matter and suspended two persons following the incident, even as DMK working president MK Stalin warned such kind of indiscipline will not be tolerated.

A video of the incident that happened on Sunday night went viral on social media on Wednesday, where a couple of persons are seen thrashing the employees of the restaurant after talking to them for a while.

A senior police official said the accused Yuvaraj was a DMK member and that a case has been registered against him and some of his accomplices in connection with the assault.

The incident happened at Virugambakkam. They are absconding, the official added. According to the hotel staff, the group demanded that they be served food but were told that the restaurant had closed for the day.

Following this, they got angry and suddenly started assaulting some staff members, the employees said.

Meanwhile, DMK general secretary K Anbazhagan announced the 'suspension' of Yuvaraj and another person, Divakar, for "violating the party discpline and "bringing disrepute" to it.

They were being suspended from the party's primary membership, he said in a statement.

Stalin took exception to the incident involving his partymen, saying it was "strongly condemnable."

"Strong action will be taken against anyone bringing disrepute to the party," he said in a tweet.