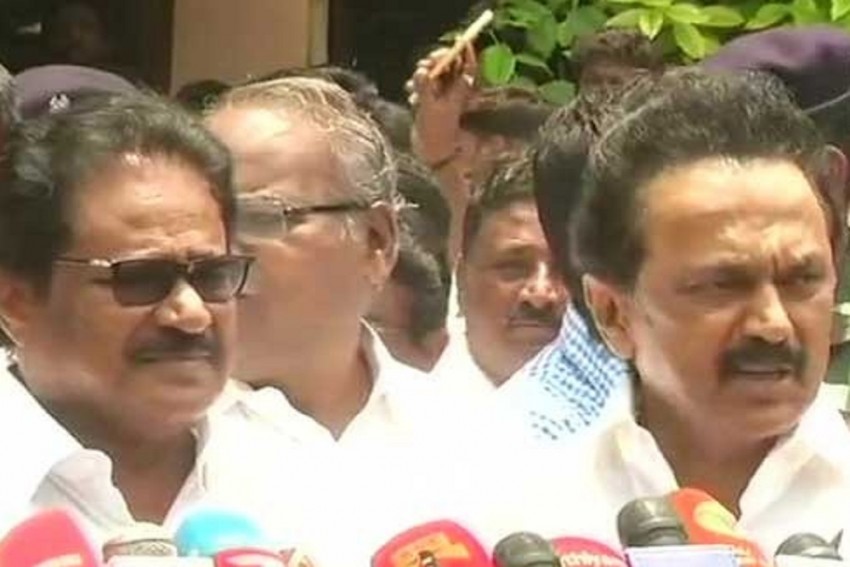 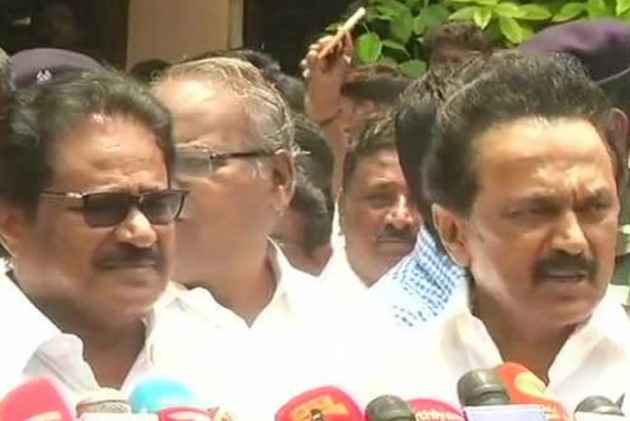 DMK-led opposition parties in Tamil Nadu today called for a state-wide shutdown on April 5 seeking constitution of the Cauvery Management Board (CMB) by the Centre.

DMK Working President M K Stalin, after a meeting with friendly opposition parties here, sought the support of all sections of society, including farmers and traders, for the bandh.

Tamil Nadu Congress president Su Thirunavukkarasar, VCK chief Thirumavalavan, state secretaries of the CPI (M) and the CPI K Balakrishnan and R Mutharasan, respectively, were among the leaders who took part in the meeting.

A "Cauvery Rights Retrieval Yatra," will be held following the bandh, the DMK leader said.

The rally would see participation of all friendly party leaders, Stalin said, adding that it will begin from the Cauvery Delta region.

The details of the "long journey," to secure the state's rights in the Cauvery issue will be announced later following consultations with leaders of friendly parties, he said.

Black flags will be shown to Prime Minister Narendra Modi and his Cabinet colleagues during their Tamil Nadu visit. This will be done to condemn them for not setting up the CMB, despite the order of the Supreme Court, the DMK leader said.

Days ago, Stalin had said that during the proposed visit of Modi to Tamil Nadu on April 15, black flags will be shown to the prime minister.

Tamil Nadu has been pushed to hold protest demonstrations and agitations seeking to implement the order of the top court on the Cauvery issue due to the "collective negligence of the central and state governments", a resolution adopted at the meeting said.

Condemning the state and the Centre, the resolution said that the AIADMK regime, a "partner," of the central government has "bowed" before it.

Both the Centre and the Tamil Nadu government had yesterday moved the Supreme Court on the issue of constitution and composition of the Cauvery Water Management Board in compliance with the February 16 verdict of the apex court on the vexed issue.

In its February verdict, the top court had raised the 270 tmcft share of Karnataka by 14.75 tmcft and reduced Tamil Nadu's share of Cauvery river water.

It had granted six weeks to the Centre to formulate a scheme to ensure compliance of its 465-page judgement, which modified the Cauvery Water Dispute Tribunal Award.

Is Chetan Bhagat Going To Join The Congress?