The CBI had started a PE on the orders of the Bombay High Court which had issued the direction while hearing a public interest litigation on allegations of corruption against Deshmukh. 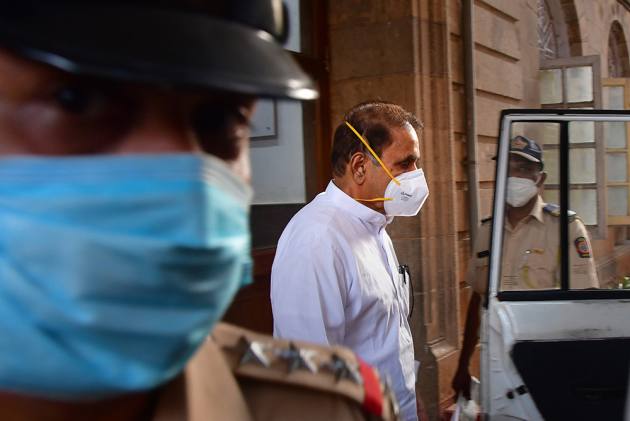 The Delhi High Court Thursday said the CBI is a specialised and trained agency which would not “get carried away” by the allegedly prejudicial observations made against former Maharashtra home minister Anil Deshmukh in the trial court order directing probe against him in the case concerning alleged leak of the agency's preliminary enquiry (PE) purportedly giving clean chit to him.

Justice Subramonium Prasad, who was hearing Deshmukh's plea against the “shocking” observations made against him in the trial court order, said that it was obvious that the CBI would act in an independent manner and conduct the investigation. Senior advocate Vikram Chaudhari, representing the petitioner, argued that the trial court order gave an impression that there was a mandate to the investigating agency to implicate the petitioner in the case.

The trial court “pre-judged” the petitioner's role and went “overboard” when it could have simply directed investigation, he added. The court said the CBI was a trained agency which would not get affected by the trial court's observations and the trial court judge only “gave reasons why he ordered further investigation”. “It is needless to state that a specialised agency like the CBI will not get carried away by the observations made by the magistrate while ordering further investigation. It is obvious and needless to state that the CBI will act independently,” Justice Prasad said. In view of the court's clarification, Chaudhari did not press the petition any further.

Advocate Nikhil Goel, appearing for the CBI, said that the agency was investigating the case in an independent manner. In December, Special judge Sanjeev Aggarwal had directed the CBI to probe Deshmukh's role in PE case, saying that even though he was not arrayed as an accused in the charge sheet in the matter, he might be the controlling mind of the larger conspiracy since he was the main beneficiary from the leak of the contents of the PE.

The observation was made while taking cognisance of the charge sheet filed against the CBI's sub-inspector Abhishek Tiwari, Deshmukh's lawyer Anand Daga and the politician's social-media handler Vaibhav Gajendra Tumane for allegedly trying to subvert the Bombay High Court directed preliminary enquiry against the ex-minister.

“It appears that accused persons i.e. Daga and Tumane were closely associated with Anil Deshmukh and may have been acting in tandem with him, who may be the controlling mind of the larger conspiracy, whereas the accused persons may only be hands, as he (Deshmukh) would have been and was the main beneficiary from the leakage of the contents of above PE and RC (case),” the trial court had said.

“The CBI seems to have left the engine/ horse pulling the cart, thereby only arraigning those travelling in cart, as without pull of engine or horse the ride of cart or conspiracy would not have been possible, despite mountain of apparent evidence, CBI seems to have forsaken the man pulling the strings or the controlling mind or master mind or head while only chargesheeting the hands, for reasons best known, therefore CBI is directed to discreetly and thoroughly further investigate the role of Anil Deshmukh in present matter with utmost alacrity, in a time bound manner,” it had added.

The CBI had started a PE on the orders of the Bombay High Court which had issued the direction while hearing a public interest litigation on allegations of corruption against Deshmukh. The claimed PE findings, which were leaked, showed the Deputy SP probing the matter had purportedly opined that no cognisable offence was made out against Deshmukh. It was later converted into an FIR based on a contrasting opinion of the Deputy SP. The opinion mentioned in the FIR said that cognisable offence was made out against Deshmukh.

In the FIR, the CBI had booked Deshmukh and others unidentified under IPC sections related to criminal conspiracy and sections of the Prevention of Corruption Act for "attempt to obtain undue advantage for improper and dishonest performance of public duty." Allegations against Deshmukh had surfaced after the removal of Mumbai Police Commissioner Param Bir Singh. He was removed after the role of policeman Sachin Waze surfaced in the case of an explosive-laden SUV which was found parked outside the residence of industrialist Mukesh Ambani. Waze was arrested by the NIA.

In his letter to Chief Minister Uddhav Thackeray, Singh had alleged that Deshmukh had asked Waze to extort over Rs 100 crore a month from bars and restaurants of Mumbai, they said. The FIR alleged that Deshmukh "and others" exercised undue influence over the transfer and posting of officials.