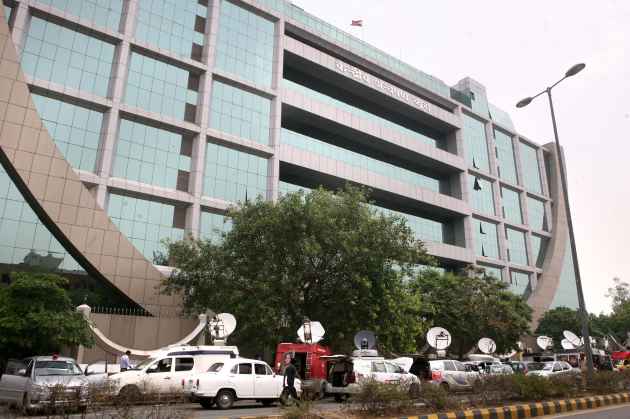 The Central Bureau of Investigation (CBI) has arrested retired Orissa High Court judge I.M. Quddusi and four others on charges of conspiring to reverse a government order barring a medical college from admitting students because of substandard facilities and non-fulfillment of required criteria.

The others arrested in the case were B P Yadav and Palash Yadav of the Prasad Educational Trust which runs a medical college in Lucknow, Biswanath Agrawala, a middleman, and hawala operator Ramdev Saraswat, the CBI sources said.

"The arrested accused will be produced before a competent court today," a CBI spokesperson said here.

According to the the CBI FIR, examined by Outlook, Quddusi and a Delhi-based woman assured Prasad Education Trust in Lucknow to get the matter settled in the Supreme Court through their contacts. They further engaged a middle man who allegedly demanded huge gratification.

The Prasad Institute of Medical Sciences run by the Prasad Education Trust was one of the 46 colleges that were barred by the government. The FIR says that the Trust’s B.P. Yadav got in touch with Quddusi and Bhawna Pandey and entered into “criminal conspiracy” to get the matter settled.

The CBI has booked Quddusi under section 8 of Prevention of Corruption Act, which deals with taking gratification in order to influence public servant, and Section 120 of Indian Penal Code - criminal conspiracy. Along with him, it has also booked B P Yadav and Palash Yadav of the Prasad Education Trust and two suspected middlemen- Delhi-based woman Bhawana Pandey and Bhubaneswar-based Biswanatha Agrawala- another private person Sudhir Giri.

The CBI created some fury and confusion by landing up at the residence of a sitting High Court judge’s official residence in Odisha not knowing that the judge they were looking for, Quddussi, had packed and left four years ago after retirement.

CBI officers entered the residence of sitting Orissa HC judge Justice Chittaranjan Das in Cuttack by mistake and later left the campus immediately after they realised the goof.

The news of this spread earlier on Wednesday when the judge reported the matter to the Chief Justice of the Orissa high court, sparking fury and confusion.

The Orissa High Court bar association announced a strike to protest against the CBI landing up at the doorstep of a sitting judge with a warrant.