'Mallya's great escape was aided by the CBI quietly changing the detain notice for him, to inform', said Rahul. 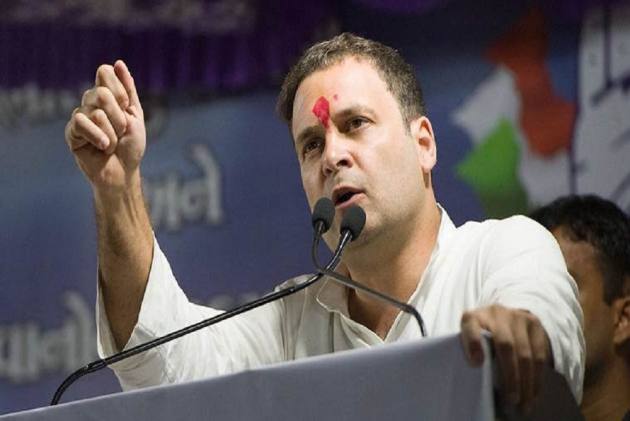 Congress president Rahul Gandhi on Friday alleged that the CBI had aided fugitive tycoon Vijay Mallya's "great escape" by changing the "detain" notice to "inform", adding that it was "inconceivable" that this was done without Prime Minister Narendra Modi's approval.

Allegations have flown thick and fast between the Congress and the Bharatiya Janata Party (BJP) over the Mallya episode, following the liquor baron's claim on Wednesday that he had met Finance Minister Arun Jaitley before leaving for the UK.

"Mallya's Great Escape was aided by the CBI quietly changing the 'Detain' notice for him, to 'Inform'. The CBI reports directly to the PM. It is inconceivable that the CBI, in such a high profile, controversial case, would change a lookout notice without the approval of the PM (sic)," the Congress chief tweeted.

Gandhi on Thursday accused Jaitley of lying to hide the "free passage" he allegedly gave to Mallya to flee to London, while the ruling party counter-claimed that the Gandhi family had tried to salvage the sinking Kingfisher Airlines with a "sweet deal".

Congress leader P L Punia on Thursday claimed that he had seen Jaitley in "an elaborate 15-20 minute meeting" with Mallya on March 1, 2016, a day before the businessman left India.

Mallya's claim in London had drawn a rebuttal from Jaitley, who said he never gave any appointment to the fugitive liquor baron but the latter used his privilege as an MP to accost him once in Parliament.

Immediately after Jaitley's rebuttal on Wednesday, Mallya appeared to tone down the seriousness of his comments, saying it was "not fair" to create a controversy over the issue as it was not a "formal meeting" and he had only "happened to meet" the finance minister.