Justice Najmi Waziri asked Verma to go to CVC's office on Thursday after his counsel said that there are allegations of mala fide against him in Asthana's petition. 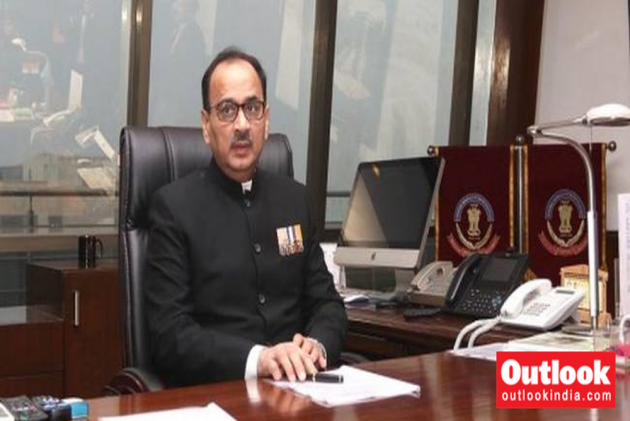 Justice Najmi Waziri asked Verma to go to CVC's office on Thursday after his counsel said that there are allegations of mala fide against him in Asthana's petition.

He also allowed Sharma to go to the CVC's office on Friday for inspecting the files.

CBI Vs CBI: SC To Hear On Monday Version Of CVC Which Probed Verma

The court extended till December 7 its order directing the CBI to maintain status quo regarding proceedings against Asthana, who has sought quashing of an FIR against him in a bribery case.

The court was hearing separate pleas of Asthana, Kumar and middleman Manoj Prasad seeking quashing of the FIR against them.

In the previous hearing, the counsel for Sharma said he had incriminating evidence against Asthana and would place it before the court in a sealed cover, to which the court had asked him to file it before the CBI. The probe agency will then place the documents before it.

The high court on October 23 ordered the CBI to maintain status quo on proceedings against Asthana. That was further extended on October 29 till November 1.

On November 1, the interim order was extended till November 14 and then to November 28. The October 23 order had made it clear that the agency would not take any coercive step against Asthana.

On November 1, both CBI and Asthana had opposed the plea of Additional Superintendent of Police S S Gurm, who has been transferred from Delhi to Jabalpur in the wake of a feud between Verma and Asthana, to be heard in the matter.

The CBI in its reply to the pleas of Asthana and DSP Devender Kumar had said allegations against them and others show cognisable offences. Kumar is out on bail at present.

The CBI had filed the replies in response to the notice issued to it on the petitions filed by Asthana and Kumar, who was granted bail by the trial court, against the filing of the case.

The agency had said it was "handicapped" in its probe against them as the case files and documents have been sent to the CVC for scrutiny following the Supreme Court's order directing the vigilance body to inquire against Verma.

Kumar, earlier the investigating officer in a case involving meat exporter Moin Qureshi, was arrested on the allegations of forgery in recording the statement of businessman Sathish Babu Sana who had alleged to have paid bribe to get relief in the case.

Earlier, another officer in the premier investigation agency has moved the Supreme Court challenging his repatriation to the Intelligence Bureau, terming it "unjustified" and "mala fide".