Madhulika Rawat, wife of CDS Bipin Rawat was actively engaged in the fraternity. They are survived by two daughters. 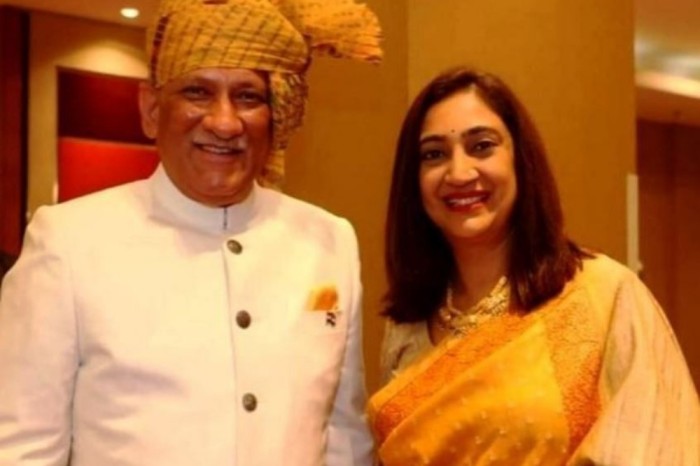 India's first CDS was appointed on January 1, 2020. CDS Rawat hailed from Uttarakhand’s Pauri. He was the fourth generation army man from his family. CDS Rawat's father Laxman Singh had also served in the Army, and had risen to become Lieutenant-General. CDS Rawat’s wife Madhulika Rawat had also been shouldering the responsibility of serving the nation.

Here is all about Madhulika Rawat:

. She completed her education from Delhi University.

She was currently the president of Army Wives Welfare Association (AWWA). The NGO AWWA’s mainly looked into the welfare of wives, children and family of deceased army personnel, who laid their lives in the service of the nation.

. Before heading AWWA, Madhulika Rawat had been heading campaigns and other associations to help widows of army men and specially-abled children.

. She had also been laying emphasis on inculcating skills among the wives of Army personnel. Besides, Madhulika Rawat had been pivotal in disseminating information on health, particularly spreading awareness on cancer.