An official says that since the outlook of the new building will be similar to the existing one, getting permission from the Heritage Conservation Committee should be easy 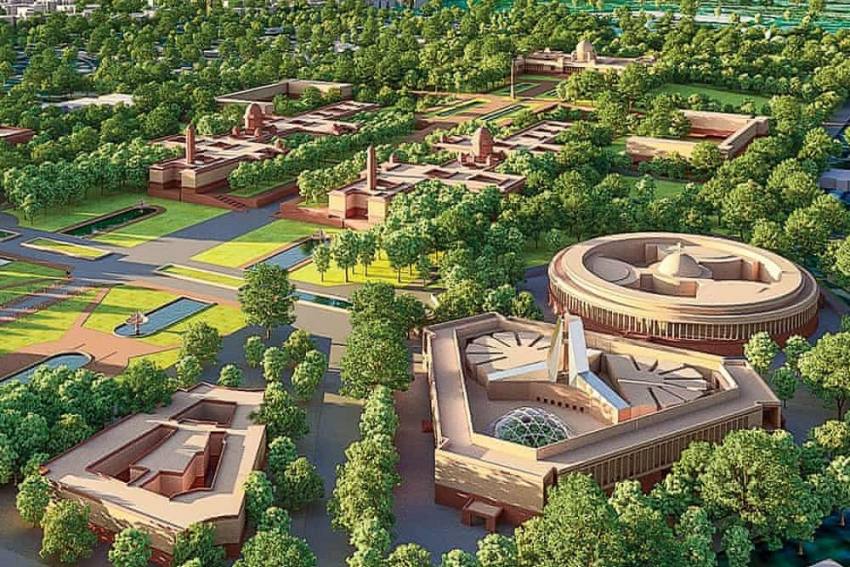 The Central Public Works Department, which is executing the government's ambitious Central Vista redevelopment project, will soon start the construction work of the new Parliament building once it gets permission from the Heritage Conservation Committee, officials said on Tuesday.

According to the committee's website, a special secretary or additional secretary of the Union Housing and Urban Affairs Ministry is the chairman of the HCC.

It was set up by incorporating a new Clause 23 in Delhi Building Bylaws 1983 for the protection of heritage buildings, heritage precincts and natural feature areas in the national capital.

The website states that committee has additional director general (CPWD), chief town planner (MCD), DDA commissioner (Plng), the chief architect (NDMC), representative of DG (Archaeological Survey of India) and National Museum of National History's director among others as its members.

"The CPWD will approach the committee and seek permission before the start of construction work of new Parliament building. Other formalities will also be followed by concerned agencies," an official in the Union Housing and Urban Affairs Ministry said.

Another official said that the outlook of the new building will be similar to the existing one that is why there should be no problem in getting permission from the Heritage Conservation Committee.

Earlier in the day, the Supreme Court gave a go-ahead to the ambitious project of the Modi government. In the majority verdict, the apex court said that prior permission shall be taken from Heritage Conservation Committee and other relevant authorities before the start of construction at new sites.

Kanchi Kohli, senior researcher, Centre for Policy Research, claimed that the Supreme Court judgment is only about permissions for the new Parliament, selection of the project consultant and change of land use for some components of the Central Vista Project.

"The Supreme Court has held no construction even on the new Parliament can take place till the Heritage Conservation committee grants permission, which mandates a public consultation according to the Unified Building Byelaws, 2016," Kohli told PTI.

The redevelopment project of the Central Vista -- the nation's power corridor -- envisages a new triangular Parliament building, a common central secretariat and revamping of the three-km-long Rajpath, from Rashtrapati Bhavan to India Gate.

Union Minister Hardeep Singh Puri on Tuesday welcomed the court's judgement and asserted that the government has always been sensitive to environmental concerns.

"Delhi is on course to becoming a World Class capital city and in the first step by the time nation completes 75 years of its Independence in 2022 a new Parliament building will be ready reflecting the aspirations of new India," Puri tweeted.

The new Parliament will have six committee rooms to conduct business.

The government has identified around four locations -- in Gole Market, K G Marg, near Africa Avenue and near Talkatora Stadium -- in central Delhi for the temporary shifting of offices of various ministries.