"Prime Minister Narendra Modi personally went to Paris and he changed the deal. The whole country knows about it." 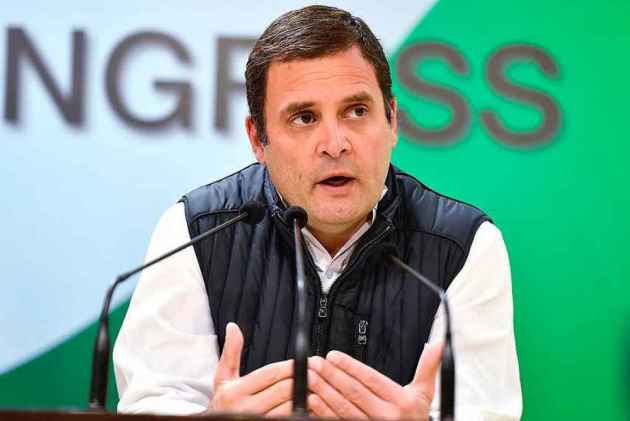 Congress president Rahul Gandhi on Tuesday said the way the Centre is adamant on not disclosing details of Rafale fighter jets deal, shows that a scam has taken place.

Rahul's statement came after Union Defence Minister Nirmala Sitharaman denied disclosing the details in the regard.

Speaking to media, the Congress chief said, "The Defence Minister says that they will not reveal the amount paid for buying Rafael aircrafts. What does this mean? This only means there is a scam. Prime Minister Narendra Modi personally went to Paris and he changed the deal. The whole country knows about it."

Earlier in the day, taking to Twitter, Rahul said according to the Defence Minister the price negotiated for each Rafale jet by Prime Minister Modi and his "reliable" buddy is a state secret.

"Informing Parliament about the price is a national security threat and they will brand all who ask as 'anti-nationals'," Rahul tweeted.

The Union Defence Minister responded to a question by Rajya Sabha member Naresh Agrawal from Samajwadi Party who sought to know why the Centre was not disclosing details of the deal.

The Congress has alleged that the price of the fighter jets being paid by the National Democratic Alliance (NDA) government is higher than what was finalised by the United Progressive Alliance (UPA) government in a previous deal.

During Prime Minister Modi's visit to France in 2015, India and France announced a government-to-government deal wherein the air force would receive 36 Rafale jets in fly-away condition as soon as possible. (ANI)