The apex court in its November 24 order had re-imposed the ban on construction activities in Delhi and the national capital region (NCR) and directed the states to provide subsistence to workers from the funds collected as labour-cess for the period during which such activities are prohibited. 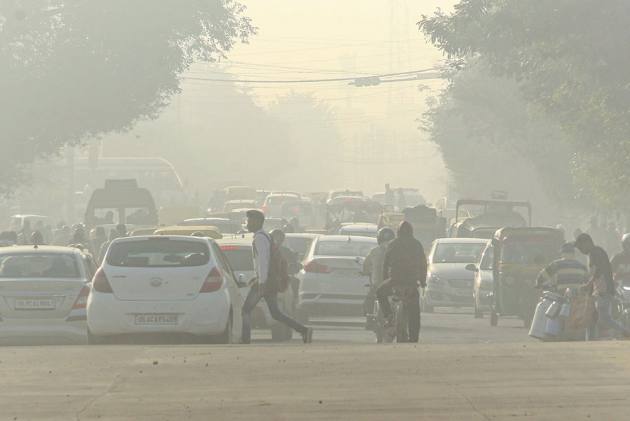 In lieu of the worsening air quality, the Centre told Supreme Court that as per the Apex Court's directory, it has re-imposed the ban on construction activities in Delhi and the national capital region (NCR).

In an affidavit, the Ministry of Environment and Forests (MoEF) told a bench headed by Chief Justice N V Ramana that the Commission for Air Quality Management in the National Capital Region and Adjoining Areas has directed the state governments in NCR and the Delhi government to ensure restrictions on construction activities with exceptions as per its November 24 order.

"In the meantime, as an interim measure and until further orders, we re-impose the ban on construction activities in the NCR subject to the following two conditions: Non-polluting activities relating to construction such as plumbing work, interior decoration, electrical work, and carpentry are allowed to be continued. The states shall use the funds which have been collected as labour cess for the welfare of construction workers to provide them subsistence for the period during which construction activities are prohibited and pay wages notified under the Minimum Wages Act for the respective categories of workers,  the order had stated.

The affidavit, filed in response to a plea seeking urgent steps to improve the air quality of Delhi-NCR, submitted that in pursuance of its order, detailed deliberations were held with experts from the India Meteorological Department and their associated organisations to explore the formulation of a statistical model towards forecasting and air pollution-related activities and developing a suitable guiding mechanism to deal with adverse air quality scenario. "The Commission has constituted an 'Expert Group' having domain knowledge and data in the field of meteorological conditions impacting air quality, statistical modelling besides historical scientific data on air quality-related parameters in Delhi-NCR, to conduct a scientific study of air quality based on available data of previous years bearing upon recorded levels of air pollution duly factoring in the seasonal variations and other relevant parameters," it said.

The affidavit said in view of the extreme urgency of the matter, the Expert Group has been asked to immediately convene its meeting and draw a road map for the accomplishment of the assigned tasks as per Terms of Reference.

The Ministry stated that to effectively tackle these seven key sources of  pollution, as well as other less impactful sources of pollution, the Commission has held eight meetings of the Full Commission and has issued 45 directions and 7 advisories to various agencies concerned with the NCR. "The Commission has identified certain major sectors contributing to air pollution in this region namely --  Industrial and vehicular pollution, agricultural stubble burning,  management of dust from construction and demolition Project activities, Road and Open Areas Dust Management and Biomass  Burning, Municipal Solid Waste burning, Fires in Sanitary Landfills, etc," it said.

The Ministry submitted that the Central Pollution Control Board has deployed 24 dedicated teams from November 20 for providing field feedback on polluting activities. "Regular feedback from these teams is being forwarded through 'Sameer App' developed by CPCB for reporting of complaints, to implementing Agencies and has also been uploaded on the CPCB website to facilitate quick redressal of complaints," it said.

The affidavit further stated that the Commission has been regularly and scrupulously monitoring and ensuring compliance with the directions issued by the top court, however, on the ground, there are reports of certain shortcomings in the implementation of the directions.

"Thus in the interest of justice and in the interest of the emergent need to improve the Air Quality in the region, it is respectfully submitted that the respective State Governments may be directed to submit its compliance report on the status of industries in NCR running on any other fuels, other than PNG,  implementation of the direction of the ban on the use of diesel generating (DG) sets among others," the affidavit said