Centre 'Within Their Rights' To Reject KM Joseph's Appointment: SC 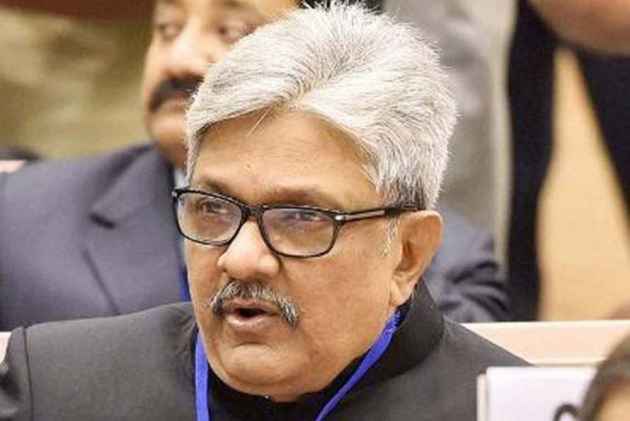 The Supreme Court today refused to stay the Presidential warrant appointing senior woman lawyer Indu Malhotra as an apex court judge and termed the plea of advocates on it as "unimaginable," "unthinkable," "unconscionable" and "never heard before."

A bench of Chief Justice Dipak Misra took strong note of submission of senior advocate Indira Jaising that Malhotra be not sworn in as the apex court judge and the Centre be directed to recommend the name of Uttarakhand High Court Chief Justice K M Joseph as well.

"What kind of prayer is this," the bench, also comprising Justices A M Khanwilkar and D Y Chandrachud, said, adding that the Centre is "well within its right to send back the recommendation for reconsideration."

"Supposing the government is sending it for reconsideration, it will be seen. You are saying 'stay the warrant.' It is unthinkable, unconscionable, unimaginable and if I may add 'never heard before'," the CJI said.

Jaising referred to the Centre's decision of segregating the name of Joseph and Malhotra and said it cannot be done and either both names should have been recommended or rejected.

"Constitutional propriety demands that the warrant of appointment of Indu Malhotra be implemented," the bench said.

The top court said that it is surprising that a member of a bar is being appointed as a judge and lawyers are mentioning at 2 pm for stay of warrant of appointment.

Jaising said that she is not pressing the prayer for stay on the warrant of appointment and wants the larger issue of "cherry picking" of judges to be dealt by the court.

She urged the court to direct listing of the matter urgently and said "we are worried about independence of judiciary."

The bench refused to list the matter urgently and said it will come in due course of time.

Over 100 Supreme Court Bar Association members had mentioned the plea alleging that Centre was interfering with the administration and independence of judiciary by selectively acting upon the Collegium's recommendation for appointment in the Supreme Court.

The government today returned to the Supreme Court collegium its recommendation to elevate Justice KM Joseph to the apex court and asked it to reconsider it, a move which may widen rift between the judiciary and the executive.

In a ruling in 2016, Justice Joseph had cancelled President's rule in Uttarakhand and brought back the Congress government of Harish Rawat to power. The judgement was seen as major set back to the BJP-ruled government at the Centre.

The government's decision of not approving Joseph's name has evoked sharp reactions with the Supreme Court Bar Association President terming it as "disturbing".